Take The Right to Sleep?

After numerous days of political debate, a bill that could permit “coercive” interrogation tactics including sleep deprivation was signed into law by President Bush. The passing of the bill should strike concern within the sleep community seeing that it “sets standards for interrogating suspects, but through a complex set of rules that human rights groups said could allow harsh techniques that bordered on torture such as sleep deprivation and induced hypothermia,” Reuters reported.

The debate over whether such tactics should be permitted is a complex issue that raises many questions. In a recent article featured in Sleep Report, our weekly e-newsletter, the following poll question was posed: Should sleep deprivation be allowed as a means of interrogation of suspected terrorists? More than three quarters of respondents said yes.

Choosing a stance on this issue is tough for sleep clinicians on a professional level because you see the impact that sleep deprivation has on your patients. Though I do not have as deep a professional conflict as you, I do share in the internal moral conflict intertwined with this issue. Can we morally support subjecting suspected terrorists to sleep deprivation with a clear conscience? I believe that the answer is yes.

Rephrasing the above-mentioned question can help put this issue into a clearer moral perspective. We must ask ourselves, what is the greater good: to provide comfort or to gain valuable information to stop terrorists?

Looking at the evidence, applying interrogation tactics such as sleep deprivation has proven to contribute to the foiling of terrorist activities. An October 8 Guardian Unlimited article (observer.guardian.co.uk/world/story/0,,1890381,00.html)  reported, “The interrogation of detainees at Guantánamo Bay has saved Britain from at least two major terrorist attacks, according to United States President George Bush’s chief intelligence adviser. John Negroponte, director of national intelligence, claims information obtained from inmates at the camp has proved vital in thwarting a series of terror attacks around the world….”

Furthermore, short-term sleep deprivation has not been shown to have any permanently damaging health consequences. “Since sleep deprivation (by itself) is not a permanent injury, it might be acceptable,” said Joe Stockton, director, Cardio-Pulmonary-Neuro-Sleep, Carlsbad Medical Center. Knowing that interrogators can gain information at virtually no expense to the detainees’ health is further motivation to support deprivation tactics.

No doubt, I have researched the basis for not supporting sleep deprivation, but those arguments just didn’t hold up. For example, in a Newsweek Web exclusive (www.msnbc.msn.com/id/14924664/site/newsweek), Evan Thomas wrote, “That is the problem with even a limited set of exceptions to an outright ban on torture or ‘torture lite.’ If even some exceptions are made, they can be seen as a license by guards and interrogators.” While Thomas has a point, cast in the light of this bill, it loses its strength seeing that the bill sets standards so that interrogations don’t get out of hand.

While detainees do, of course, have rights that we must acknowledge, if depriving them of sleep could potentially lead to saving even one life, then morally and professionally we can confidently say that our position is justified. 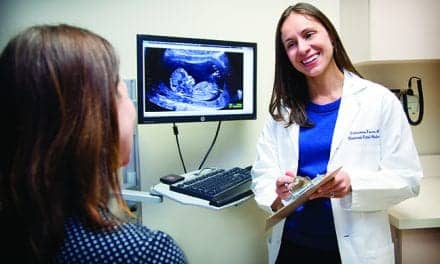