According to the letter sent by NTSB, air traffic controllers report sleeping for an average of 6.5 hours prior to a day shift and 2.3 hours before a midnight shift. While the demand for sleep is different for each individual, these statistics are far below the average sleep time of 7 to 8 hours required by most adults to feel alert and well rested.

The NTSB letter to the FAA also stated that a majority of shifts for air traffic controllers change too fast and frequently to allow for adequate rest and that shifts start progressively earlier. The result of these factors is that controllers may experience sleep deprivation, which potentially contributes to an increase in errors and accidents. The NTSB cited four recent airplane accidents where it felt fatigue was factor.

In a statement released April 11, The American Academy of Sleep Medicine (AASM) commended the NTSB recommendation for the FAA to strengthen air traffic controllers’ compliance with existing work hour regulations, and also pointed out that fatigue is an issue for all shift workers, not just air traffic controllers. The AASM statment is posted on its Web site at: http://www.aasmnet.org/PressReleases.aspx

National Initiative Hopes to “Wake Up” Americans to Sleep Apnea 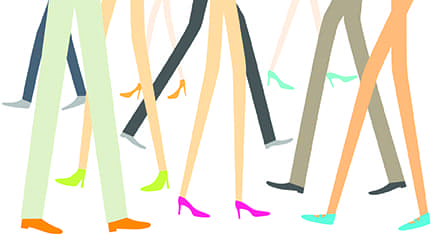