Nyxoah, a Belgian-Israeli start-up that developed an ultra-small device to treat sleep apnea and snoring, raised EUR 8 million in the first stage of a EUR 23 million round of financing. The company had already raised EUR 10.2 million from private investors and governmental incentives from the Walloon Region before the current round of financing. Current shareholders and a large number of private investors participated in this round of financing, intended to fund the company’s next clinical study, which will include dozens of patients at several European medical centers. In the study, the company will evaluate the performance of the second generation of its product.

Thanks to a technological breakthrough, the company cut manufacturing costs significantly while at the same time simplifying the product implantation procedure.

Business consulting firm Frost & Sullivan announced that Nyxoah is the recipient of its New Product Innovation Leadership Award for the Year 2014. Among the reasons for conferring the award, Frost & Sullivan stated that the technology and the resulting product developed are testaments to Nyxoah’s quest for a user-friendly device with minimal inconvenience to the patient. The consulting firm also stated that Nyxoah’s unique neuromodulator is extremely small and effectively provides relief to sleep apnea patients.

Nyxoah’s ultra-small and flexible implant uses an electrical current to stimulate the nerves of the tongue in order to prevent obstruction of the airway. The implant is inserted under the patient’s chin in a brief procedure and is activated by a disposable battery patch. The implant then causes a slight motion of the tongue, thus preventing obstruction to the airway during sleep.

Robert Taub, Nyxoah’s chairman and co-founder, stated after the award was announced, “I thank and welcome our new and existing investors for their faith in the company’s vision and technology. We are honored by this award which adds external confirmation of the product’s innovation and the needs that it satisfies. I am confident that we will successfully create value for investors, which will be evident in the results of the forthcoming trial.” 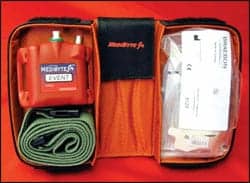 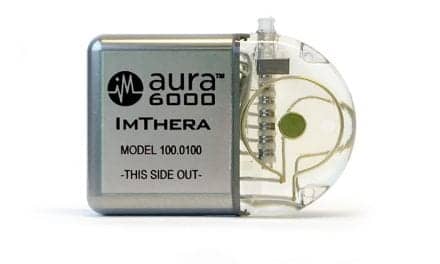 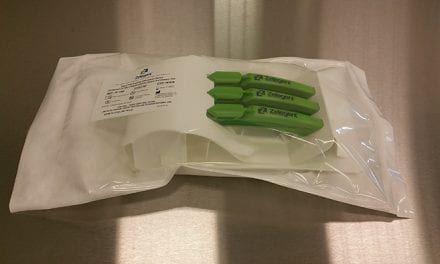