For Those Who Can’t Go to the Doctor, RP-VITA Brings a Doctor to Them 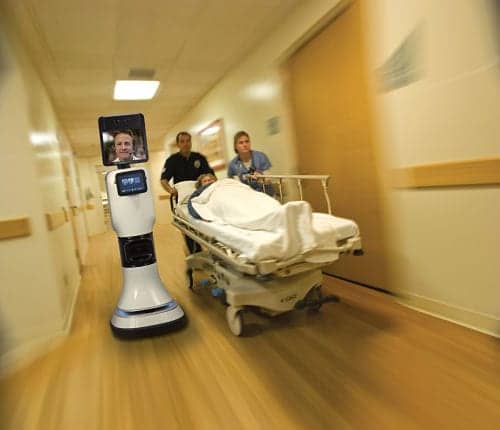 From the makers of Roomba comes RP-VITA, a self-propelled telemedicine solution already employed by more than 1,000 medical offices and hospitals.

When a patient in a rural community needs to see a doctor, it can sometimes be a hassle. It might be a long drive to the hospital for an appointment that may only take 10 minutes, and for some, that trek might be difficult.

The companies iRobot and InTouch Health teamed up to create RP-VITA, a remote presence robot, with the goal of solving this problem and others.

Used for telemedicine, meaning a consultation between a patient and a doctor via an electronic device instead of in person, the RP-VITA is composed of a solid base with a television screen at the top. About average human height and width, the machine can stroll through hospital hallways and is even approved by the Food and Drug Administration to do hospital rounds.

It’s similar in its mobility to a Roomba, which was also designed by iRobot, but instead of bumping into walls and objects, the RP-VITA senses things around it before making contact, so it can navigate around them. At the end of the day, it even returns itself to its outlet so it can recharge.

When a hospital purchases an RP-VITA, engineers program the robot to know the layout of that hospital. That means if a doctor needs to have a telemedicine conference with someone in hospital room 502, RP-VITA knows exactly how to get there.

“The person behind the development of this … he saw this need for specialists to see patients in remote locations,” says Kristi Labrum, a media relations spokesperson for InTouch Health.

And the screen on the RP-VITA doesn’t just allow patient and doctor to see each other; the robot includes a powerful camera, microphone, and software that allows the doctor to examine the patient at a high resolution. The machine can be used to collect loads of data about each patient, allow medical professionals to communicate with each other, and give a patient’s family members easy access to the patient’s doctor. It also allows critical care doctors, surgeons, and pharmacists to dial in remotely to a hospital room where a patient is being treated by doctors in-person.

Since its unveiling in 2012, over 1,000 RP-VITA machines are now at use in medical offices and hospitals around the country.

Charles W. Atwood, MD, is director of the sleep disorders program at the Veterans Affairs Pittsburgh Healthcare System. While he doesn’t use an RP-VITA, he works with patients in rural Pennsylvania and has been using telemedicine for about 15 years, dating back to when technology wasn’t as streamlined as it is now.

“We started seeing patients (using telemedicine) who had already had some sleep studies,” he says. As far as the RP-VITA goes, “I think it’s an evolutionary step forward from what we currently can do.”

Atwood says his office has hundreds of telemedicine users, and he uses a computer monitor in his office to communicate with patients.

And in addition to saving patients the gas money of trekking to their doctor in an urban center, Labrum explains that the RP-VITA can save money for hospitals and doctors, too.

“This allows them instant access from anywhere, and that’s cost-saving,” she says. “When a person comes in (to a hospital) and someone’s having a stroke or they’re not sure what’s going on with this person, there have been times when they put this person in an ambulance or helicopter and taken them to the main hub of the hospital and it turns out a stroke isn’t the case at all, and it costs thousands of dollars. This helps determine whether that hospital ride needs to happen or not.”

Bryan Coffey, CEO of Hamilton County Hospital in Syracuse, Kan, says his hospital used to be a place where patients stopped before being sent elsewhere. Then, they started using the telemedicine robot.

“Now, for example, a remote neurologist can quickly determine whether a stroke patient can receive tPA treatment at our hospital or needs immediate transfer,” Coffey wrote in a column in Modern Healthcare. “It’s a technology that will allow Medicare and private payers to save millions by eliminating unnecessary transport.”

That money is important, considering the fact that an RP-VITA can cost anywhere between $4,000 and $6,000 per month to lease.

Even so, Atwood says he usually uses telemedicine for patients he already knows and whose histories he understands; he likes to meet people face-to-face and do an in-person consultation the first time around.

A.J. Zak is associate editor of Sleep Review. Contact her at azak@allied360.com. 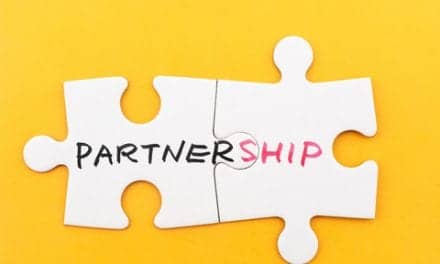 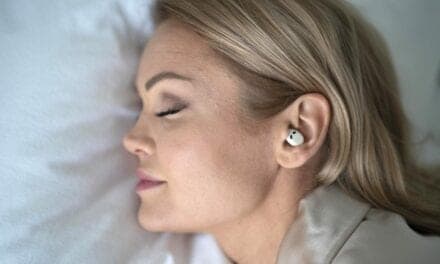