Is Purchasing CPAPs in the Veterans Health Administration’s Best Interest?

A January 2020 report from the Office of the Inspector General (OIG) requests that under secretary coordinate with appropriate offices to assess whether purchasing sleep apnea devices is in VHA’s best interest or whether loaning out the devices could meet veterans’ needs while cutting down on costs.

The OIG found that VHA [Veterans Health Administration] did not manage the issuance of sleep apnea devices and associated supplies in an efficient manner. Almost half of the 250,000 veterans who were issued a sleep apnea device from October 2016 through May 2018 used the device less than 50 percent of the time. The mismanagement occurred in part because VHA did not identify veterans who were not using their devices as recommended and follow up with them in a timely manner. Furthermore, VHA lacks guidance on alternatives to purchasing sleep apnea devices for all veterans or to take back devices not being used.

VHA’s sleep-related breathing-disorder source book recommends sleep medicine clinicians follow up with veterans within 30 to 90 days after issuing the device to confirm they are using it as intended. However, the OIG estimated that about 50,900 of the almost 114,000 veterans who were not consistently using their sleep apnea device did not receive the necessary follow-up care. Sleep medicine clinicians at VA medical facilities told the audit team they were unable to use available device usage data to proactively monitor veterans’ use on a large scale because they do not have enough staff resources. The OIG found that VHA did not have a staffing model for sleep medicine, though it is developing one, according to the former chief officer for specialty care. Sleep clinicians can readily obtain most veterans’ device usage data from the manufacturers’ secure servers. Most sleep apnea devices purchased by VHA come equipped with built-in modems that can facilitate the automatic transmittal of veterans’ usage data wirelessly. VHA requires veterans to enroll in its wireless monitoring program before their data is automatically transmitted to manufacturers’ servers. Users who do not want to transmit their data can extract the device’s memory card to provide the data to their sleep clinician. Clinicians or other designated staff must still have time, however, to review those results.

It would be difficult to identify all the reasons why some veterans do not consistently use their prescribed sleep apnea devices. Some clinical notes for veterans not consistently using the devices described not being able to tolerate the face mask during sleep and feelings of claustrophobia.

The OIG estimated that VHA could save up to about $39.9 million per year by implementing alternative processes used by private healthcare systems and private and federal health insurers. For example, VHA could loan sleep apnea devices to veterans during a trial period, rather than purchasing them for each individual veteran regardless of whether they will be used consistently. VHA also could reduce the risk of needlessly purchasing supplies for veterans who will not or cannot use their devices, thereby potentially saving up to an estimated $12.4 million per year.

The OIG recognizes that additional costs may be incurred if VHA implements an alternative to purchasing sleep apnea devices, such as leasing or loaning them. For example, if VHA were to refurbish these devices in-house, it would incur costs associated with replacing certain items, such as air filters, prior to reissuing the device for use. Additional costs were not considered by the team when identifying how much VHA could potentially save, because the cost associated with this process would be dependent on what alternative, if any, VHA implements. 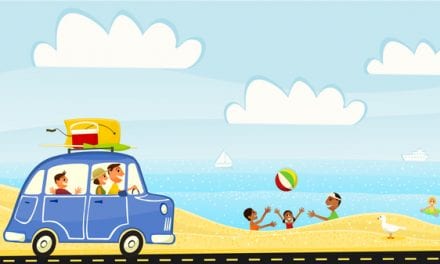