Rachel Moon, MD, of the Children’s National medical Centre, Washington, DC,
and colleagues say that campaigns to place children on their backs during
sleep have massively reduced SIDS incidence, by between 50% and 90%. The age
when infants are at highest risk is between two and four months, and 90% of
SIDS deaths happen in the first six months of life.

"If in-utero smoke exposure was eliminated, a third of SIDS deaths could
possibly be prevented," the report states. In addition to infants sleeping
on their side or front, other SIDS risk factors include soft bedding and
surfaces, warmer room temperatures, multiple layers of clothing or blankets,
and bed sharing.

Infants in child-care settings make up 20% of SIDS deaths, but the reasons
for this are unclear. A large proportion of the deaths are in the first week
of child care, thus stress and sleep disruption could be contributory
factors. Other risk factors discussed in the article are low birth
weight/premature birth, breastfeeding, and recurrence of SIDS in siblings.

"By definition, SIDS is a diagnosis of exclusion,” the authors say.
“Protocols for standardized autopsies and death scene investigations in
sudden unexpected infant deaths have been published. However, there is wide
variability in both the content and frequency with which these protocols are
implemented across jurisdictions, both within countries and across different
countries."

They also say that the messages of established risk reduction interventions,
such as infants sleeping on their backs and avoidance of smoke exposure
in-utero, should be continually reinforced to new generations of health
providers, parents, and caregivers.

Benefits of Adenotonsillectomy Sustained Over Time 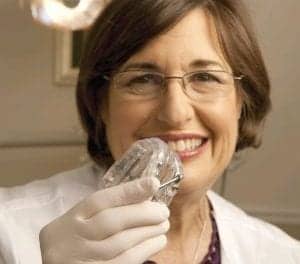