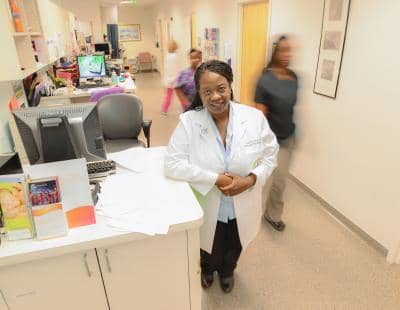 Pregnant women with obstructive sleep apnea (OSA) are more than five times as likely to die in the hospital than those without the sleep disorder, a comprehensive national study by University of South Florida (USF) researchers found.Among delivery-related hospital discharges, sleep apnea was also associated with an increase in severe medical conditions that are top causes of maternal death, including preeclampsia, eclampsia, an enlarged heart, and pulmonary blood clots, reported the study published online this month in the journal Sleep.

Previous smaller studies have found that OSA increases the risk for poor pregnancy outcomes, including preeclampsia (high blood pressure in pregnancy associated with loss of protein in the urine), restricted growth of the fetus, preterm delivery, and gestational diabetes. Obesity appears to contribute to the adverse effects.

However, the USF study provided the first large-scale US analysis of the association between sleep apnea and maternal deaths.

“The astounding association with maternal death was surprising,” says lead author Judette Louis (pictured), MD, MPH, assistant professor of obstetrics and gynecology at the USF Health Morsani College of Medicine who works out of Tampa General Hospital, in a release. “I did not expect to find such a difference in mortality between pregnant women who had sleep apnea and those who did not, especially when we controlled for obesity and other complicating factors.”

Maternal death rates have increased slightly in recent years, and obesity is one suspected reason.

“Our study indicates that sleep apnea may also play a role, whether a woman is obese or not,” says Louis, who holds a joint appointment in the USF College of Public Health’s Department of Community and Family Health. “It’s important for obstetricians and primary care practitioners to identify sleep apnea in younger women of reproductive age, convey its risk, and treat the condition before pregnancy.”

The researchers drew upon a nationally representative sample of 55 million maternal-related hospital discharges from 1998 to 2009–women who were pregnant or gave birth while in the hospital. They identified those with OSA diagnoses and examined the links between this sleep-disordered breathing and poor pregnancy health outcomes, including in-hospital deaths. 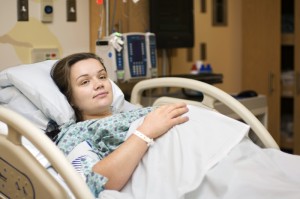 Among the retrospective study’s findings: