Recent research suggests that the modern day-day-night-night shift pattern for shift workers may not be as disruptive or as potentially carcinogenic as older, more extreme shift patterns.

"Recent research has suggested shift work could increase the risk of cancer, although the biological mechanism responsible for this observation is still unknown," says Anne Grundy, the paper’s lead author and a doctoral student in the Department of Community Health and Epidemiology, Queen’s University, Kingston, Ontario. "Our study indicates that the now common rotating shift pattern of day-day-night-night may not disrupt circadian rhythm or melatonin production significantly."

Melatonin is a hormone that has been shown to have anti-oxidant and tumor suppressor qualities. Since the production of melatonin is tied to the light-dark cycle and peaks between midnight and 4 am, shift workers who are exposed to light at night may have an increased risk of diseases like cancer.

Grundy and her research colleagues recruited 123 female shift workers at Kingston General Hospital (KGH). They tested the participants to determine both their peak melatonin levels and the overall change in their melatonin levels during a winter day shift and night shift and a summer day shift and night shift. During these testing periods, the participants wore light meters that objectively measured the surrounding light intensity.

The researchers found that the light level in the KGH wards at night is generally dim and that there is little difference in peak melatonin levels in shift workers working during the day or night shift. However, in instances where the levels of light increased during a night shift, the workers’ overall change in melatonin levels decreased slightly—a finding that is statistically significant.

"We’ve already seen a shift away from the older patterns of 2 weeks of days, 2 weeks of nights, and a short time off to more humane patterns of day-day-night-night then 5 days off, so it’s possible that an intervention to combat the health risks of shift work has already occurred," says Grundy. "However, the overall change in melatonin levels that we found may still be a concern. We look forward to seeing other studies that either confirm our findings or that examine the impact of specific risk factors like extreme shift patterns and higher intensities of light at night."

The findings were published in an online issue of Cancer Epidemiology, Biomarkers and Prevention. 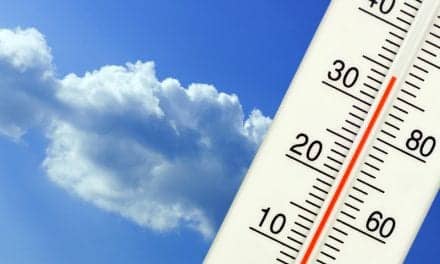