Scientists at The University of Arizona have added another piece of the puzzle of how the brain processes memory.

Bruce McNaughton, a professor of psychology and physiology, and his colleague David Euston have shown that, during sleep, the reactivated memories of real-time experiences are processed within the brain at a higher rate of speed. That rate can be as much as six or seven times faster, and what McNaughton calls “thought speed.”

Memory stores patterns of activity in modular form in the brain’s cortex. Different modules in the cortex process different kinds of information – sounds, sights, tastes, smells, etc. The cortex sends these networks of activity to a region called the hippocampus. The hippocampus then creates and assigns a tag, a kind of temporary bar code, that is unique to every memory and sends that signal back to the cortex.

Each module in the cortex uses the tag to retrieve its own part of the activity. A memory of having lunch, for example, would involve a number of modules, each of which might record where the diner sat, what was served, the noise level in the restaurant or the financial transaction to pay for the meal.

But while an actual dining experience might have taken up an hour of actual time, replaying the memory of it would only take 8 to 10 minutes. The reason, McNaughton said, is that the speed of the consolidation process isn’t constrained by the real world physical laws that regulate activity in time and space.

The brain uses this biological trick because there is no way for all of its neurons to connect with and interact with every other neuron. It is still an expensive task for the hippocampus to make all of those connections. The retrieval tags the hippocampus generates are only temporary until the cortex can carry a given memory on its own.

“The initial creation of the tag is made through existing connections. In order to do the rewiring necessary to have the intermodular connections carry the burden takes time. What you have to do is reinstate those memories multiple times. Every time you reinstate the memory, the modules make a little shift in the connection . . . something grows this way, grows that way, a connection gets made here, gets broken there. And eventually, after you do this multiple times, then an optimal set of connections gets constructed,” Mc Naughton said.

The brain is generally thought to do all of this during sleep, specifically slow-wave sleep, when the brain is not busy with processing real-time inputs. McNaughton has developed the technology to record from multiple probes, each of which can track the activity of a dozen or more brain cells.

“We need groups of cells because in order to identify a pattern, you have to look at the collected activity of many neurons,” McNaughton said. His previous research has show that cells that fired during activity prior to sleep, also fired in the same sequential patterns during sleep. During sleep, the hippocampus sends little, 100-millisecond bursts of activity to the cortex as much as three times per second.

What remains is finding an experiment that will enable researchers to demonstrate that changes in the memory reactivation process would affect memory consolidation but not damage the brain in the process.

“The more practical point, I think, is that this methodology, the ability to measure how fast the brain is processing at the level of changing the state of the brain from one 10- millisecond epoch to the next, how fast the internal state is sweeping through its memories or its allowable patterns is, I think, a model for thought speed,” McNaughton said.

Knowing the determinants for the speed of thought, he said, might allow studies of the effects of drugs, developmental anomalies and the behavioral therapies that might improve them. 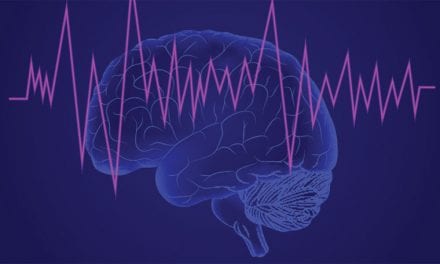