Humans have roughly as many bacterial cells in their bodies as human cells, and most of those bacteria live in the gut. Research released at Neuroscience 2017 reveals links between the gut microbiome—the population of microorganisms living in the gastrointestinal tract—and brain diseases such as Parkinson’s and Alzheimer’s, including potential new ways to track and treat these diseases.

Almost 100 trillion microbes—some beneficial and some harmful—live in the human gastrointestinal tract at any time, helping to regulate immune function and inflammation, two factors hypothesized to play a role in neurodegenerative diseases like Parkinson’s and Alzheimer’s. As brain-focused cures for such diseases remain elusive, scientists are looking to the microbiome for new insight and novel strategies.

The new findings show that:

“The results presented today add to the growing body of evidence showing the influence of the gut on the brain and the crucial relationship between the two,” said press conference moderator Tracy Bale, PhD, of the University of Maryland School of Medicine and Center for Brain Development and Maternal Mental Health. “Targeting the gut introduces a different and promising angle to tackle brain disorders across the lifespan.”

Cooling the Brain During Sleep May Be Effective, Natural Insomnia Treatment 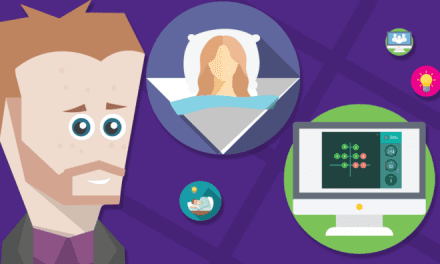