Bunny the “Talking” Dog Is Reporting Her Dreams, Opening Up a Scientific Debate

“In general, animal dreaming is very difficult to interrogate,” said Matthew Wilson, a neurobiology professor at Massachusetts Institute of Technology’s Picower Institute for Learning and Memory. “And that’s simply because dreams are based on assessment of recall content.”

Wilson, who co-authored a groundbreaking study that found that rats dream and they replay memories while they dream, said there is a lot known about the structure of canine sleep. For example, dogs do experience rapid eye movement (REM) sleep, a state that’s associated with dreaming in humans. In 1977, scientists studied the electrical brain activity of six dogs for 24 hours and published their findings in the journal Physiological Behavior. They found that dogs spent 12 percent of that span in REM sleep, 21 percent of that time drowsy, and 44 percent of that time alert. They also spent 23 percent of their time in slow-wave sleep, which is the deepest kind of non-REM sleep. 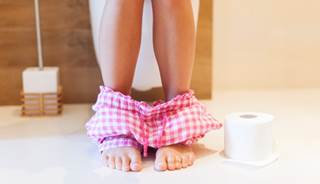 Sleep Apnea: More Than a Snore and Floppy Eyelids