At noon every day, levels of genes and proteins throughout your body are drastically different than they are at midnight. Disruptions to this 24-hour cycle of physiological activity are why jet lag or a bad night’s sleep can alter your appetite and sleep patterns for days—and even contribute to conditions like heart disease, sleep disorders, and cancers.

Now, scientists at the Salk Institute and collaborators have discovered a key player—a protein called REV-ERB?—that controls the strength of this circadian rhythm in mammals. The discovery is unusual in the field, as most circadian genes and proteins only shift the timing or length of the daily cycle.

“Whether it is Beethoven’s 9th Symphony on your stereo or the symphony of genes in our bodies, both require volume to be heard,” says senior author Ronald Evans, director of Salk’s Gene Expression Laboratory, a Howard Hughes Medical Institute investigator, and holder of the March of Dimes Chair in Molecular and Developmental Biology, in a release. “Our recent work describes how REV-ERB? acts as a molecular conductor to allows the volume or activity of thousands of genes to be dialed up or down.”

Disrupting just the amplitude—or strength—component of the circadian cycle, Evans adds, was enough to alter hormone levels, including those that wake us up in the morning. This means that people with lower amplitude fluctuations of the genes might feel flat and have less energy during the day. The results are described in the May 26, 2016 issue of Cell.

Previous research in the field revealed genes that cycle on and off throughout the day and showed how altering these circadian genes can shift the timing of the cycle and make the circadian rhythm longer or shorter than 24 hours. In 2012, Evans’ group showed that REV-ERB? bound to many of these circadian genes and acted as a brake, affecting when during the day or night they were expressed.

“We saw REV-ERB? interacting with all these circadian-related genes,” says Xuan Zhao, a research associate in the Evans lab and first author of the new paper. “So we wanted to see if it had a more central role in circadian rhythms.”

In the new work, the team analyzed levels and molecular characteristics of REV-ERB? in the livers of mice throughout the day. They found that after its levels peaked during the day, two proteins, CDK1 and FBXW7, interacted with REV-ERB? to help reduce its levels to a low point by the middle of the night.

When Evans and his colleagues targeted these proteins to block the degradation of REV-ERB? in the livers of mice, normal daily fluctuations in gene expression were suppressed, but the timing of the cycles wasn’t affected. Interestingly, merely altering the amplitude of the gene expression oscillations profoundly affected metabolism, disrupting the levels of fats and sugars in the blood.

“This study provides compelling molecular evidence for a key role for the circadian clock in regulating glucose and lipid metabolism, and points to new potential avenues for therapeutic intervention,” says Steve Kay, president of The Scripps Research Institute, who collaborated with Evans on the work.

The observation is the first time scientists have discovered a way to control the amplitude—rather than the timing—of the circadian cycle. Moreover, mice that lacked REV-ERB? developed fatty liver disease, stressing the importance of regulating the intensity of the cycle.

“We think that if you have a ‘weak’ circadian cycle, you can’t get enough signal to affect physiology,” says Zhao. “Conversely, having an extra ‘strong’ circadian cycle would probably not be good. Evolution has given us a Goldilocks, or ‘just right,’ circadian cycle that is optimal for our health.”

The researchers hope to investigate whether pharmacological compounds that block CDK1 may have the potential to treat circadian rhythm disruptions.

“Pharmacologically, we can manipulate this system,” says Michael Downes, a Salk senior scientist and a co-corresponding author of the paper. “The more we understand about how to do this, the better we can treat metabolic diseases and cancers related to the circadian cycle.”

Other researchers on the study were Han Cho, Ling-Wa Chong, Katja Lamia, Sihao Liu, Annette R. Atkins, Ester Banayo, and Ruth T. Yu of the Salk Institute; Tsuyoshi Hirota of the University of California, San Diego; Xuemei Han and John R. Yates III of The Scripps Research Institute; and Christopher Liddle of the University of Sydney.

Image: Researchers led by the Salk Institute are the first to discover a protein that controls the strength of the body’s circadian rhythms. A mouse liver with a “weak” circadian clock, caused by the targeted deletion of FBXW7 (right), has disrupted the lipid metabolism program and promoted lipid accumulation, compared to the normal liver (left). Credit: Salk Institute 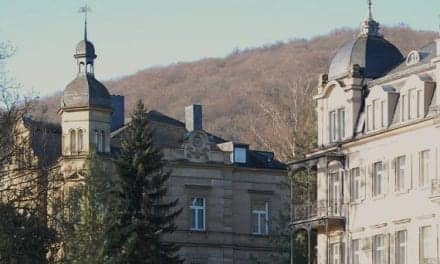