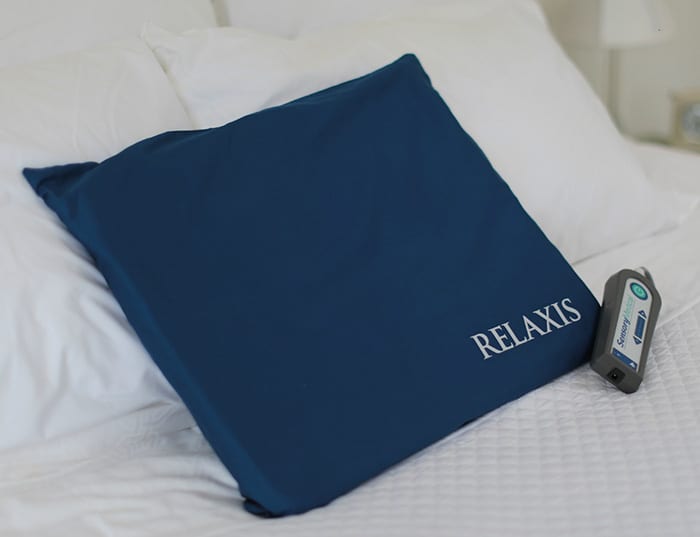 Some seek alternatives to dopaminergic drugs, due to the drugs’ links to RLS augmentation.

Restless legs syndrome (RLS) commonly comes on around sleep time, and for most people, standing up and walking about terminates the episode temporarily. The sensation of the air moving over a person’s skin and the pressure of their feet hitting the ground as they walk seem to ease their suffering at least for a moment.

“It’s an amazing phenomenon, you stand up, walk around, and the horrible feelings go away,” says Frank Burbank, MD, a physician and inventor based in California.

The experience of RLS may be comparable to the phantom limb syndrome experienced by some amputees, in which sensations arise in the brain that are mapped to the absent limb’s prior cortical representation in the brain, according to a recent literature  review published in August.

The theory proposes that RLS sensations start somewhere in the “thalamocortical loop” and are projected to the legs, according the article, coauthored by Burbank. The article explains that although RLS dysphoria occurs entirely within the brain, it is perceived to originate in the legs.

“Some people with missing limbs have restless legs syndrome, and they perceive discomfort coming from a limb that is not there. The notion that parts of the brain reflect parts of the body has been around for a long time,” says Burbank.

Competing stimulus can ease the suffering. This is why patients report taking a walk or rubbing their legs to drown out the RLS feelings.

Burbank thought that if real sensations can break the phenomena of restless legs syndrome in the brain, then perhaps he could invent a device that could provide some external real stimulus that can be used in bed, so RLS patients then might be able to avoid losing sleep from their symptoms. He developed the Relaxis, a vibrating pad that comes with a digital controller so that patients can adjust the rate of vibration. The Relaxis system is a prescription Class II device cleared by the United States Food and Drug Administration (FDA). Two clinical trials have demonstrated that the Relaxis system provides significant sleep improvement comparable to that of RLS drug trials, the review says.

Sleep researchers think the device works by creating what’s called a counter-stimulus, essentially introducing a new sensation to compete with RLS sensations. This phenomenon happens, for instance, when a person hits their thumb with a hammer and then proceeds to shake their hand. The shaking introduces new sensations, lessening the perceived pain in the brain.

“The counter-stimulus uses the same nerves to travel to the brain, more or less, that the pain signals do, so they are competing with each other for space on the nerves, but probably more importantly they are competing for processing power in the brain,” says Mark J. Buchfuhrer, MD, who runs the Restless Legs Syndrome Clinic at the Stanford Center for Sleep Sciences and Medicine.

“So the harder you shake your hand, the more it obliterates the pain. We do this naturally,” he says.

The Relaxis device taps into this natural human coping mechanism. Buchfuhrer says that some patients with mild RLS might need nothing more than the Relaxis device, but with severe patients he will use the device in conjunction with medication. “Decreasing symptoms so you don’t need to increase medication is often very helpful,” he says.

The Relaxis could help lessen the number of RLS patients who are prescribed the standard treatment of dopaminergic drugs, which come with the risk of side effects. According to the Restless Legs Syndrome (RLS) Foundation, the rate of new onset augmentation, the worsening of RLS symptoms, is roughly 5 -10% per year of those taking dopaminergic medication.

A small percentage of people might find the vibrations uncomfortable, but the majority find it tolerable. “It’s likely the vibration is just putting a counter-stimulus in that will pick up brain processing power to obliterate the restless legs nasty symptoms,” says Buchfuhrer.

Patients can also fine-tune the Relaxis with about 80 different levels of vibration. Buchfuhrer says that he finds that roughly 60% to 80% of his patients benefit from using the device, noticing a decrease in symptoms.

“You can usually find the level that is both comfortable and effective for the majority of people,” he says.