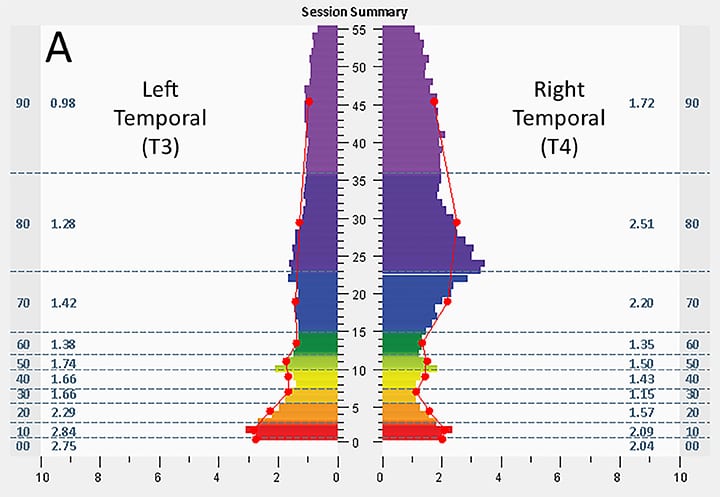 “Most people have relatively balanced electrical activity between the right side and left sides of the brain,” Shaltout says in a release. “Imbalance, with one side dominant, or more active, may reflect autonomic dysregulation associated with the effects of chronic stress, which is thought to play a role in high blood pressure, migraines, insomnia, depression, hot flashes, and more.”

“Gradually, and on its own, with no conscious, cognitive activity required, the electrical pattern tends to shift towards improved balance and reduced hyperarousal,” Shaltout says.

In one study (Abstract P310), researchers looked at HIRREM’s impact on 10 men and women with stage one hypertension at the start of the study. After an average of 17.7 HIRREM sessions received over 10.2 in-office days, hypertensive patients showed an average reduction in their systolic blood pressure, from 152 to 136 millimeters of mercury (mm Hg), and a reduction in their diastolic pressure from 97 to 81 mmHg.

Insomnia severity improved in the small study group, and anxiety seemed to improve. The researchers also found that heart rate variability increased from an average 42 to 57 milliseconds, which is a good thing, Shaltout said. Heart rate variability refers to variations in the interval between heartbeats.

“The more flexibility and dynamic range the body has to be able to change the heart rate in response to the blood pressure, the better,” Shaltout says. 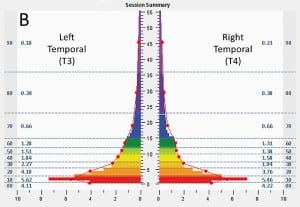 In another study (Abstract P602), the researchers examined the effect of HIRREM on 52 adults who had reported they suffered from migraines. The patients studied received 15.9 sessions over nine in-office days. Comparing the data they collected before the therapy to two weeks after, researchers found patients reported improvements for insomnia, mood, and headaches.

These results are the first to suggest that HIRREM could offer cardiovascular as well as behavioral benefits in the treatment of high blood pressure. More research is needed to verify these preliminary findings, Shaltout says.

These studies looking at hypertension and migraine are part of a larger research program that has now enrolled over 400 participants in one of five studies to assess the effect of HIRREM for multiple symptoms and conditions,.

“If these findings are confirmed in larger controlled studies, HIRREM may prove to be a valuable new approach for brain-based health care,” Shaltout says. 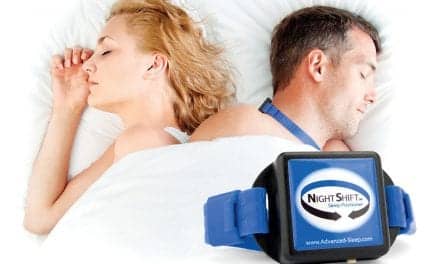 Insomnia Bot Texts With You When You Can’t Sleep