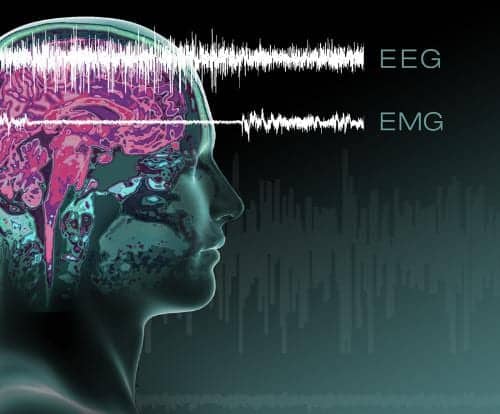 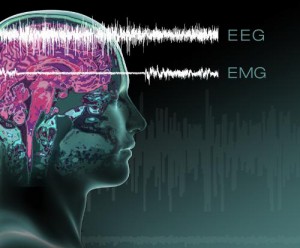 Neuroscientists at research and drug discovery and development firm SRI International have found that a form of baclofen, a drug used to treat muscle spasticity, works better at treating narcolepsy than the best drug currently available when tested in mice.

According to the National Institute of Neurological Disorders and Stroke (NINDS), narcolepsy, a chronic neurologic disorder characterized by excessive daytime sleepiness, is not a rare condition, but is under-recognized and under-diagnosed. It is estimated to impact 1 in 2,000 people worldwide.

In back-to-back papers published in the May 7 issue of The Journal of Neuroscience, Thomas Kilduff, PhD, who directs the Center for Neuroscience within SRI Biosciences, Sarah Wurts Black, PhD, a research scientist in the Center for Neuroscience, and colleagues present a mouse model of narcolepsy that mimics the human disorder better than other models currently in use. Kilduff, Black, and the SRI team then used the new narcolepsy model alongside a standard model to investigate a novel therapeutic pathway and to identify a promising way of treating narcolepsy.

“Our work is an example of how basic research can lead to a potential new therapy for a disease,” Kilduff says in a release. His team found that a form of baclofen, R-baclofen, works in both mouse models much better than the leading FDA-approved therapeutic for narcolepsy. (Baclofen, which has been available for more than 50 years, is a chemical compound that exists as a mixture of two isomers, designated R and S.) “The next step would be to perform a study in narcoleptic patients to determine its potential for treatment of human narcolepsy.”

In humans, narcolepsy onset is typically during adolescence or later, but diagnosis may take more than a decade, making it difficult to study the progression of the disease. The lack of definitive mechanisms to explain what goes awry in the brain’s ability to regulate sleep-wake cycles has consequently yielded drugs that only address the symptoms, rather than the underlying causes, of narcolepsy.

In the first of the two papers, “Conditional Ablation of Orexin/Hypocretin Neurons: A New Mouse Model for the Study of Narcolepsy and Orexin System Function,” Kilduff and Black teamed with colleagues at five institutions in Japan to generate a model of narcolepsy that better mimics the human disorder. The existing model, called “Ataxin mice,” has been available for over 10 years. Although Ataxin mice have enabled researchers to study narcolepsy, an important limitation is that these mice are born with the deficiency of the neurotransmitter hypocretin that has been implicated in causing narcolepsy, whereas the onset of human narcolepsy typically occurs after puberty.

“The mouse model developed by Dr Kilduff and his colleagues offers a new approach to study narcolepsy and to explore potential therapies for this devastating sleep disorder. This new model allows more precise control of the timing and extent of hypocretin/orexin neuron loss, and thus may better mimic human narcolepsy,” says Janet He, PhD, program director at the NINDS, part of the National Institutes of Health.

In collaboration with Professor Akihiro Yamanaka of Nagoya University in Japan, formerly an SRI International Fellow in Kilduff’s laboratory, the research team genetically engineered a mouse in which the hypocretin neurons could be selectively eliminated at any age simply by removal of an antibiotic in the mouse food. In the new “DTA” model, degeneration of hypocretin neurons can be initiated after puberty, causing the mice to exhibit the two major symptoms of narcolepsy: excessive daytime sleepiness and cataplexy.

In the second paper, “GABAB Agonism Promotes Sleep and Reduces Cataplexy in Murine Narcolepsy,” Black, Kilduff, and colleagues used the new DTA model and the Ataxin model to compare R-baclofen against gamma-hydroxybutyrate (GHB). Sodium oxybate, the sodium salt of GHB, was approved by the FDA in 2002 as the only therapeutic for narcolepsy that simultaneously alleviates cataplexy, excessive daytime sleepiness, and nocturnal sleep disruption. However, it remains unclear how this drug exerts its beneficial effects.

It was suspected that GHB works by affecting brain cells that respond to a neurotransmitter known as gamma-aminobutyric acid (GABA), which primarily functions to inhibit excitability and regulate muscle tone. To study the mechanism of action of GHB, SRI Biosciences’ researchers tested R-baclofen, which blocks the GABA receptors suspected to be the target of GHB.

The research team found that R-baclofen promoted sleep time and longer bouts of wakefulness during the appropriate times for mice and also suppressed cataplexy. GHB modestly reduced cataplexy and increased sleep intensity, but did not improve other symptoms of narcolepsy to the extent that R-baclofen did. “The improvement in wakefulness that we observed after R-baclofen was a particularly unexpected and important finding,” Black says.

“R-Baclofen works better than GHB in these two mouse models, but it remains to be determined whether it will work better in humans,” cautions Kilduff. “Although baclofen is already known to be safe for use in humans, the dose that is effective for spasticity may be different than the dose of R-baclofen that has the potential to treat narcolepsy.”

In addition to Kilduff and Black, other SRI Biosciences researchers who participated in this study included Stephen Morairty, Tsui-Ming Chen, Andrew Leung, and Jonathan Wisor.

The History of Narcolepsy, Part 1

Talking About Our Sleep Debt