Theranexus, a clinical-stage biopharmaceutical company, announced top-line results from its proof of concept clinical trial in excessive daytime sleepiness (EDS) induced by sleep deprivation in healthy volunteers. Those results show a beneficial effect of THN102 (combination of modafinil and flecainide, repurposed at low dose as glial connexin modulator) on outcomes measuring vigilance and cognition throughout the sleep deprivation and when compared to the standard of care modafinil.

The study was a double-blind, randomized, placebo and active comparator (modafinil) controlled, incomplete cross-over study in 20 healthy volunteers undergoing sleep deprivation. The study was led by Dr Fabien Sauvet, from the French Armed Medical Research Institute (IRBA) at the Percy military hospital, Clamart – France. Treatment units were produced and released by the Central Pharmacy of Military Health Service. The study was funded by the French Defense Procurement and Technology Agency (DGA) under the RAPID program, which aims at funding innovations having both civil and military possible applications.

THN102-treated volunteers showed a statistically significant improvement in their vigilance levels—the primary endpoint of the study—versus modafinil alone. Secondary endpoints assessing cognition were consistent with this effect. Detailed results will be published and presented at upcoming conferences. Theranexus says the results reinforce the interest of THN102 for the treatment of EDS, a debilitating symptom affecting a number of patients with central nervous system disorders such as narcolepsy or Parkinson’s disease.

“Reaching the primary endpoint of efficacy versus modafinil on the levels of vigilance provides further evidence of the synergistic effects of modafinil with flecainide low dose,” says Mathieu Charvériat, PhD, CSO of Theranexus, in a release. “Results from the secondary endpoints were also very promising. The THN102 treated group experienced fewer adverse events compared with the modafinil treated group as well. This is really exciting as we see a strong evidence for the translation in man of Theranexus’ concept of associating a glial modulator with a CNS drug to increase the efficacy of the latter.”

Franck Mouthon, MSc, CEO of Theranexus, says, “We are grateful to the staff from the IRBA for the excellent job they have done in this study which would not have been possible without the support of the French Ministry of Defense. The efficacy of THN102 in this proof of concept trial is highly encouraging for the patients suffering from excessive daytime sleepiness. This reinforces our confidence into the recently started phase 2 trial in narcolepsy which outcome should be known in the second half of 2017.”

Such evidence illustrates as well the ability of Theranexus’ science to successfully move from the bench, with the results recently published in the peer-reviewed journal Sleep, to the bedside.

Mouthon adds: “These results are a first validation in man of Theranexus’ technology, based on the key role of glial connexins to improve the safety and efficacy of CNS drugs. Beyond the THN102 project, we see there a validation of our strategy that relies on the use of marketed drugs and allowed us to reach this key milestone within 3 years from the inception of the company.”

Tough Choice Ahead? “Sleeping” on It Won’t Help Much 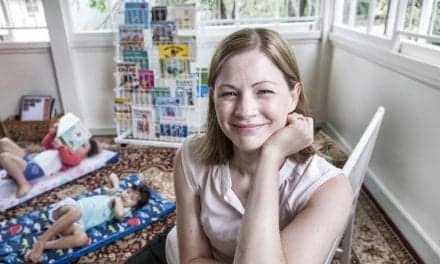