Sleep loss is not always avoidable, but there are steps that can be taken to keep you safer behind the wheel.

Every 5 minutes, somewhere in the United States, police report an automobile crash that is a direct result of driver fatigue. Since less than one half of all crashes are reported to authorities, and there is no Breathalyzer equivalent to objectively measure sleepiness, the full impact of drowsy driving crashes is unknown. Conservative estimates by the National Highway Traffic Safety Administration (NHTSA) place the human cost at 1,550 deaths annually, more than 71,000 injuries, and a monetary cost of $12.5 billion in lost work time and property damage. By comparison, the annual cost of asthma is about $12.7 billion1 (including lost productivity and the cost of medical care).

What Makes People Sleepy Behind the Wheel?
When we think about sleep disorders, our thoughts naturally turn to sleep apnea and nocturnal awakenings associated with asthma. However, an expert panel report from the NHTSA2 concluded that the number-one factor associated with drowsing driving and related crashes is sleep loss. Untreated or unrecognized sleep disorders is fourth on the list. Russell Rosenberg, PhD, director of the Northside Hospital Sleep Medicine Institute in Atlanta, says it is not surprising that sleep disorders attributable to illness are not at the top of the list. “Insufficient sleep and a chronic sleep debt,” he says, “cause inattentiveness that leads to decreased cognitive functioning. The brain can lapse into microsleep and the person affected might not even be aware it is happening”—until you have missed your exit, that is. Reflexes and depth perception may also be altered, which can make driving particularly challenging.

Rosenberg says that around-the-clock working patterns began with steel workers about 100 years ago. Today, approximately 20% to 25% of the American work force is engaged in some form of shift work. “I remember when the Tonight Show ended, the local TV station played the national anthem and there was a test pattern on till morning,” Rosenberg says. “Today, at 3 am, we actually can watch—live—a war being fought 6,000 miles away. No wonder people don’t sleep anymore.”

Jacob Teitelbaum, MD, director of the Annapolis (Md) Research Center for Effective Fibromyalgia and Chronic Fatigue Syndrome Therapies and author of From Fatigued to Fantastic (Avery Penguin Putnam), says sleep loss sets up a vicious cycle. “All you need to do is talk to a resident or health care professional who has to work rotating shifts about the effects of lack of sleep on the body,” he says. “Insufficient sleep makes people tired and achy. The pain, in turn, can interrupt deep sleep in stages 3 and 4, which results in less refreshing sleep. This is not REM sleep, which is an active period of sleep during which we dream.” Stages 3 and 4 are deep, delta sleep with very slow brain wave activity. The loss of these sleep stages causes people to become fatigued, impairing short-term memory and concentration, key factors in drowsy driving accidents.

“The primary reason for lack of sleep is not necessarily illness as we traditionally think of it,” Rosenberg says. “In some cases, such as with health professionals, the loss of sleep related to work schedules is part of the job. But in other cases, a lack of sleep is a conscious lifestyle choice. Unfortunately, most people have no idea of the far-reaching implications of the decision to sleep less so they can do more.”

Who’s At Risk?
According to Darrel Drobnich, senior director, Government and Transportation Affairs for the National Sleep Foundation (NSF), sleep-related crashes are most common in young people who tend to stay up late, sleep too little, and drive at night. Interestingly, both young men and women are equally sleep deprived, but the crashes consistently involve more male drivers than female drivers.

However, the NSF’s 2002 “Sleep in America” Poll3 found that 39% of adults (age 18-54) get fewer than 7 hours of sleep on weeknights; 68% get fewer than 8 hours of sleep. “Yes, your mother was right,” says Rosenberg. “Research backs up the traditional recommendation that 7 to 8 hours of sleep are needed for peak cognitive functioning. In fact, less than 6 hours of sleep for a few days in a row can impair performance just as severely as if you were up all night.”

Even experts are at risk for mishaps. Lauren Fix, a professional race car driver and leading authority on consumer automotive safety, says, “We have found that prescription allergy medicines cause a change in depth perception, and accidents have occurred on the race course as a result. I missed a corner by five feet and crashed into the tire wall. I have raced this track for 5 years and have never misjudged a corner like that. Fortunately, I was not injured, but the car was wrecked pretty bad.” A drug that does not affect a driver’s performance after a full night’s sleep may cause significant impairment if the driver is sleep-deprived.

According to NHTSA, the key risk factors for drowsy-driving crashes are:

These factors are cumulative, and any combination of one or more of these increases crash risk substantially.

Addressing the Problem
The simplest way to stop drowsy driving accidents is to make sure drivers are well rested. Since that is impossible to control, other measures can help make the best of a risky situation.

The one alerting device with effectiveness supported by research2 is the placement of rumble strips on shoulders and in advance of toll areas to engage the driver’s attention like a road alarm clock. Installation is relatively low cost for the benefit, reducing off-the-road crashes by 30% to 50%.

Being aware of factors that put you at risk is another critical interventional strategy. A 1999 survey by the National Sleep Foundation found that 41% of shift workers have fallen asleep while driving at least once. “Like drinking alcohol, when you get sleepy, your judgment is the first thing to go—so you don’t appreciate how impaired you are,” says Rosenberg. Martin Moore-Ede, MD, PhD, founder and CEO of Circadian Technologies in Lexington, Mass, says, “Getting enough sleep and napping beforehand are the most important things you can do to stay alert at the wheel.” Contrary to popular belief, he says, common strategies such as turning up the radio, blasting the air conditioner, or opening the window provide little or no benefit.

Instead, Moore-Ede suggests using caffeine sparingly. It will boost alertness and performance about 30 minutes after ingestion, and may be able to help you get home safely if you have unexpectedly had to work an extra shift. But don’t count on it as a regular fix. He also suggests carpooling—two people can talk and keep each other alert on the trip home.

As for scheduling, a permanent night shift is optimal because people working nights can set a routine. If you need to rotate through three shifts, it is best to rotate forward—days to evenings to nights—rather than backward—days to nights to evenings. A single night shift is easier for most people because it does not upset the body’s circadian rhythm, and recovery from the sleep deprivation occurs quickly. There are conflicting recommendations about the length of a night rotation. While a 3-week rotation (day to evening to night) allows for adaptation to the various shifts, most people have trouble sleeping during the day, and 3 weeks of night work can result in a significant sleep debt. The bottom line is that rotating shifts present a challenge, no matter how you try to mitigate it.4

Conclusion
A simple lack of sleep due to work schedules, stress, noise that prevents sleep, and lifestyle choices poses the greatest danger on our highways. Drobnich says that a recent study showed that being awake for 18 hours produces impairment equivalent to a blood alcohol level of .05, and after 24 hours, the impairment is the equivalent of being legally drunk, at .10. While disease plays a role in drowsy driving, getting your Zzzs is the best way to stay safe.

Patricia Carroll, RRT, RN, BC, CEN, MS, is the owner of Educational Medical Consultants in Meriden, Conn, and health care coordinator for Shelter NOW, a homeless shelter in Meriden. 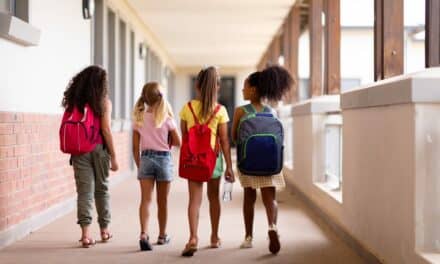 Can a Daytime Stimulant Improve Sleep for Children With ADHD? This Open-label Safety Study Finds an Answer 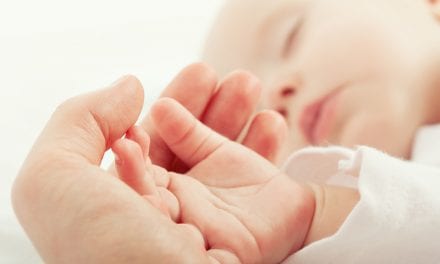 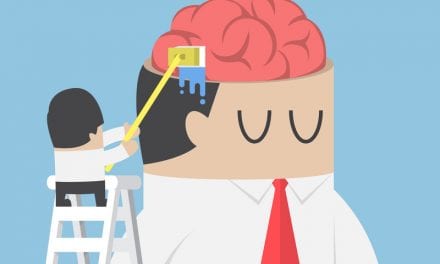