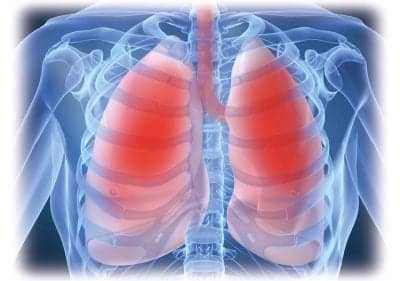 The case of Ms NK demonstrates how subtle changes in overnight sleep and breathing patterns can be one of the first manifestations of sarcoidosis. Vigilance to changes in polysomnographic studies of patients is important to identify potential etiologies of obstructive sleep apnea that may manifest insidiously.

Sarcoidosis, an idiopathic multisystem disease characterized by noncaseous epithelioid granulomas, involves the airways in approximately two thirds of affected patients. Compared to the general population, obstructive sleep apnea occurs more frequently in individuals with sarcoidosis, particularly those who have lupus pernio. The occurrence of sleep-disordered breathing in this group of patients is believed to occur secondary to obesity following long-term corticosteroid therapy or alternatively to involvement of the upper airways due to sarcoid granulomas.1,2

In 2005, a 33-year-old woman presented to the Department of Sleep Medicine complaining of myoclonus at sleep onset, present since late adolescence. This was associated with mild nonspecific chest pain radiating to the arms and neck. She also complained of vocalizations and a sensation of glottic closure during these periods. Her husband had observed intermittent vocalizations throughout the night. At the time, the patient was taking lithium for mild bipolar disorder and goserelin for endometriosis.

The patient stated that she felt fatigued and was experiencing unrefreshing sleep, but her subjective Epworth Sleepiness Score was 1 out of 24. She denied any other history consistent with sleep-disordered breathing or other parasomnias.

Notably, her father had catathrenia and insomnia. She was diagnosed with hypnic myoclonus and catathrenia.

Catathrenia is classified according to The International Classification of Sleep Disorders, Diagnostic and Coding Manual (ICSD–2) as a parasomnia.3 It has been documented in both REM and non-REM sleep.4-6 At present, no mechanism of the disease has been identified. Ortega et al7 hypothesized that an aberrant tonic discharge from postinspiratory neurons between the ventral and dorsal respiratory groups may suppress the expiratory ventral group. Thus, exhalation becomes protracted and it may explain the lack of respiratory muscle activity that eventuates in distinct intrathoracic pressure. However, this theory does not account for the grunting and vocalization that are heard during this phenomenon.

In this case, polysomnography performed in 2007 did not reveal video-polysomnographic evidence of severe hypnic myoclonus or catathrenia (Figure 1). Of note was that the patient did not have any significant sleep-disordered breathing (apnea/hypopnea index = 6.3 events/hour). On the basis of the clinical history, the patient was treated with clonazepam (0.5 to 1 mg nocte) with good response.

In 2009, the patient experienced three unwitnessed syncopal episodes in the space of 4 months, the last being accompanied by headache, paresthesia in the ophthalmic division of the left trigeminal nerve, diplopia, and mild photophobia. ECG showed first degree heart block, but full neurological examination did not reveal any abnormalities of the central nervous system. A tilt table test excluded vasovagal etiology.

In July 2010, the patient presented with a 2-month history of intermittent dysphonia, dysphagia, and arthralgia. The efficacy of clonazepam also started to become variable in controlling episodes of hypnic myoclonus as well as the nocturnal groaning. She also was noted to have erythema nodosum of the lower limbs, which resolved after 1 week of prednisolone administered by her general practitioner. She had had one episode of pretibial erythema nodosum 9 years prior. At that time, no etiology was identified.

On examination, she had a body mass index of 23.2 kg/m2; her blood pressure was 155/69 mm Hg sitting. Cardiovascular, respiratory, abdominal, and neurological examinations were unremarkable. Of note was the erythema nodosum and raised irregular rashes in the distribution of her tattoos.

The patient had undergone a further sleep study for reassessment of her hypnic myoclonus, catathrenia, and tiredness. She withheld clonazepam for 7 days prior to the study. Her PSG revealed an AHI of 23 events/hour (Figure 2). Further testing results including blood tests, serum ACE, and calcium were unremarkable. A biopsy was taken of the tattoos, and histology revealed a granulomatous dermatitis consistent with a diagnosis of sarcoid.

Figure 2. Polysomnogram in July 2010 showing fragmented sleep with an apnea/hypopnea index of 24 events/hour (the patient did not take clonazepam for the entire week prior to the study).

Her chest x-ray revealed evidence of bilateral hilar lymphadenopathy confirmed on high-resolution CT scan of the chest but no involvement of the lung parenchyma (Stage I sarcoidosis). An MRI of the head and neck revealed no abnormalities. A full ear, nose, and throat examination using direct laryngoscopy did not reveal macroscopic evidence of granulomatosis, although she continued to complain of a hoarse voice (no biopsies were taken).

She was prescribed simple analgesia and anti-inflammatories. Steroid therapy has currently been withheld by the respiratory physicians responsible for her care.

This patient has presented over a number of years with a variety of sleep-associated phenomena. Initially, she presented with severe hypnic myoclonus and catathrenia. Her first polysomnography did not reveal any evidence for sleep-disordered breathing. In the context of the development of sarcoidosis, she was noted to have a significant worsening of sleep-disordered breathing with an AHI of 23 events/hour. Although no obvious granulomas were identified on laryngoscopy, biopsy of the vocal cords was not undertaken.

Laryngeal involvement in sarcoidosis is considered to be a rare manifestation of the disease (0.5% to 1.4% of cases).12 The classical presentation is supraglottic swelling and erythema.12 Generally speaking, it is said to present with stridor but can also present with dysphagia.8-12

CPAP (continuous positive airway pressure) has been initiated to provide effective resolution of symptoms of fatigue, tiredness, and obstructive apneas during the night in the few case reports of sarcoidosis and sleep-disordered breathing.11,12 In our case, the fatigue has not been considered to be of such significance that the patient was willing to trial CPAP, nor did the patient attend with specific complaints of excessive daytime somnolence, snoring, or witnessed apneas. Current evidence does not suggest that corticosteroids should be used indiscriminately in all presentations of sarcoidosis, and spontaneous remission occurs in 55% to 90% of Stage I radiological disease.13-15 Most remissions occur within 6 months of presentation.15

Sleep-disordered breathing can first start to manifest itself or increase in severity with age and with the onset of menopause in women.16,17 Although the patient had been on goserelin for a number of years to treat her endometriosis, she did not gain weight throughout this period, maintaining her BMI at 23.2 kg/m2 throughout. Although goserelin is an anti-GnRH analogue that can induce symptoms and side effects consistent with menopause, this had not changed over a 5-year follow-up period.

Renata L. Riha, MD, BMedSc, RPSGT, MBBS, FRACP, FRCPE, is a consultant in Sleep and Respiratory Medicine at the Royal Infirmary, Edinburgh, and an Honorary Senior Lecturer at the University of Edinburgh. She qualified in medicine at the University of Queensland and completed her specialist training in respiratory and sleep medicine in Australia. She is a Fellow of the Royal Australasian College of Physicians and a Fellow of the Royal College of Physicians in Edinburgh where she also did her MD in the genetics of the obstructive sleep apnea/hypopnea syndrome. She is active in sleep research as well as pursuing clinical work. Chang-Ho Yoon, BA (Hons), is a clinical medical student and a supervisor of pathology and endocrinology at the University of Cambridge. He is due to qualify in 2012, and intends to remain in Great Britain for his specialist training. His interests in medical research include sleep medicine, allergic immunology, and oncology. The authors can be reached at sleepreviewmag@allied360.com. 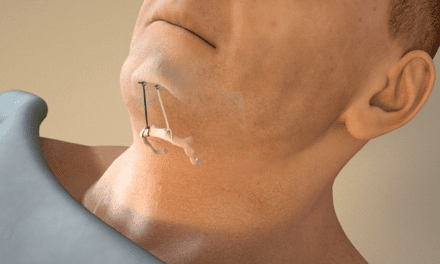 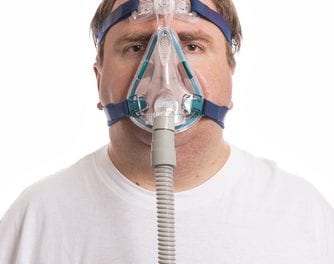