It is no secret that obesity and its associated illnesses, including hypertension and sleep-disordered breathing, are on the rise in the US population. According to the Centers for Disease Control and Prevention (CDC), 30% of US adults 20 years of age and older—more than 60 million people—are obese.1 This has serious consequences for the national health care system. Just considering pulmonary hypertension, CDC research shows that between 1980 and 2002 the estimated number of hospitalizations with this disorder as any listed diagnosis tripled. Compared with estimated numbers of hospitalizations in 1980, the numbers in 2002 were two times higher among men and four times higher among women.2

Despite many treatment advances and new drugs, hypertension remains difficult to control in some patients. However, as three cases in our facility showed, when a patient has obstructive sleep apnea (OSA) in addition to hypertension, controlling the OSA can do a great deal to help manage the patient’s blood pressure, heart disease, and, in one case, even weight.

During assessment of the patient, the physician asked him about his sleep history and the man revealed that, even though he averaged 8 hours of sleep per night, he was frequently tired and almost always took a nap in the afternoon after work. After further questioning, the patient admitted that his spouse was almost ready to kick him out of bed due to his snoring, gasping for breath, and coughing while sleeping

A board-certified sleep physician assessed the man and then ordered a polysomnogram (PSG). The test revealed that the patient had an apnea/hypopnea index (AHI) of 48 events per hour. His pulse oximetry test showed an average saturation of oxyhemoglobin (Spo2) of 82%.

The patient returned for a continuous positive airway pressure (CPAP) titration and the sleep apnea was resolved at a pressure setting of 11 cm H2O. He was sent home with the CPAP device and was asked to monitor his blood pressure throughout the day for the next 3 weeks. The results showed a marked improvement in his blood pressure. Over the 3-week period, his systolic pressure ranged from between 110 and 135 with a diastolic pressure ranging from 70 to 78.

Case 2
A cardiologist referred a 46-year-old male patient weighing 260 pounds (60 pounds more than his ideal weight) to the sleep center for an evaluation. The patient was a heavy equipment operator who went to the cardiologist because he had uncontrolled hypertension even though he was already taking two different medications for the disorder. Despite treatment, his blood pressure had remained in the 150s over 90s. Questioning by the cardiologist revealed that his spouse considered him a heavy snorer and that he had fallen asleep while on the job.

The patient had an overnight PSG that revealed an AHI of 77.9 events per hour, and he subsequently received a diagnosis of severe OSA. He returned 2 weeks later for a CPAP titration, which revealed that he needed 15 cm H2O of pressure to resolve his OSA.

Case 3
A 45-year-old man weighing 395 pounds presented at our hospital’s emergency care center with uncontrolled blood pressure, congestive heart failure, and severe edema in both legs. During his assessment in the emergency care center, it was revealed that he had a history of falling asleep at work, and that his hypertension has never been controlled despite treatment with multiple medications.

The patient was referred to a cardiologist who then ordered an overnight PSG for the patient. The PSG revealed an AHI of 119 events per hour. He returned for a CPAP titration, which he did not tolerate. A bilevel positive airway pressure (PAP) titration was completed, and on inspiratory PAP (IPAP) of 20 over expiratory PAP (EPAP) of 16, his OSA was controlled.

Conclusion
It is well documented that OSA causes hypertension and cardiac arrhythmias, and is thought to be directly linked to right heart failure as well.3-13 In fact, the joint National Committee on Hypertension lists sleep apnea first under identifiable causes to consider in the hypertensive patient.14

This is due to a number of issues. It is suspected that the ongoing hypoxemia and hypercapnia seen during the night in patients with OSA may stimulate peripheral chemoreceptors, causing an increase in sympathetic output to the heart and peripheral vasculature. Also, as we know, hypoxia is one of the most potent vasoconstrictors in the pulmonary vasculature.

Arousals throughout the night have been shown to evoke an acute pressor response, and it has been suggested that recurrent arousals provoke a chronic sympathetic response leading to sustained hypertension.

At our sleep center, we have seen many patients who have displayed a higher morning blood pressure than they had prior to going to sleep. We have also seen a number of patients have their blood pressure medications reduced and some even eliminated after treatment with CPAP begins.

Unfortunately, the problems do not stop with hypertension. It is well known that links are being found between sleep apnea and cardiac arrhythmias. With this in mind, we now have all the staff in our center receive extensive yearly training in identifying cardiac rhythms. We also utilize cardiac resource nurses if we have any question about the rhythm the patient is in. 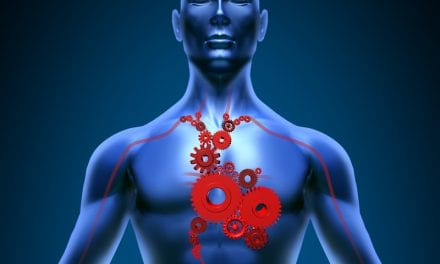