Not long ago, a patient came through our clinic. He was a 48-year-old man with a 2-year history of disturbed sleep and equally disturbing dreams. He said that he would sometimes awaken to find his sheets wound up “like a helicopter slept here” or, on occasion, completely stripped from the bed, lying on the floor. Divorced for 8 years but recently remarried, he states that his former wife had never mentioned anything unusual about his sleep habits, but in the past year he had gone through three broken alarm clocks and a like number of drinking glasses until he started putting both items on top of his dresser, rather than within easy reach of his bed on the nightstand. “I’ve just been a restless sleeper” was his response until he remarried. His wife, who accompanied him to his appointment, stated that from the beginning of their relationship, she would notice him talking in his sleep, moving his limbs about, and, rarely but very frighteningly, attacking her by striking out with his arms, occasionally rolling over onto her, pummeling her. “I love him but I’m scared to sleep with him” was her bottom line. The patient had recollections of vivid, sometimes violent dreams, his actions never directed against her but against some unseen, unknown foe. “I’m scared to sleep with her, too, because I’d never want to hurt her.”

Polysomnography demonstrated significant muscle activity during REM sleep, accompanied by indecipherable vocalizations. A provisional diagnosis of REM behavior disorder, or RBD, was made, and the patient started a regimen of clonazepam. A follow-up visit in 2 weeks yielded a smiling couple. “Who knew one pill could make such a difference?” was a sentiment echoed by the happy patient and his relieved wife.

Presentation
During typical REM sleep, there is generalized muscle atonia. This atonia serves as a safety mechanism, preventing the sleeper from reenacting the dreams that typically populate the REM stage of sleep. In some patients, however, this atonia is lacking, and dreams can translate into a physical manifestation that may include talking or yelling, the waving about of arms and legs, or, in many cases, violent outbursts such as those seen in the case discussed above. Patients may punch or kick, striking against the bed, themselves, bed partners, or the bedroom surroundings. The implications for injury are obvious. Beyond the physical attack that may befall another person in the room, patients may trip and fall as they leave the bed, or they may strike bedroom furniture or injure themselves on broken items such as glass or mirrors.

RBD tends to predominate in men, particularly older patients, although it may be found in any age group. There may be a long “ramp-up” period of significant vocalizations or restless sleep (which may be misinterpreted as periodic limb movements of sleep) before the full-blown, occasional violent, RBD manifestations appear.

The true prevalence of RBD is unknown because of underreporting and occasional misdiagnosis, but has been estimated through some studies to be present in up to 1% of the US population.

REM-related atonia seems to be mediated in and around the pontine centers of the locus ceruleus region. In animal studies, lesions to this region led to atonia during REM sleep. Early studies were performed on cats, which demonstrated significant muscle activity during REM sleep.

The causative factors related to RBD are the subject of extensive, ongoing research. It may be seen in transient or chronic forms. Transient RBD is often the result of either the presence of, or withdrawal from, medications or other chemical compounds. Monoamine oxidase inhibitors, fluoxetine, venlafaxine, and tricyclic antidepressants have all been linked to RBD even when serum levels are within therapeutic ranges.

The chronic form seems most often to be idiopathic. It can also be seen in the long-term use of some of the agents noted above in the acute form, and may be the result of some type of neurologic disease. Many different types of insult, including tumors (such as pontine masses), hemorrhagic and ischemic stroke, and chronic neurologic disorders (such as Parkinson’s disease, narcolepsy, multiple sclerosis, and dementia), have been implicated. This is one reason why RBD patients tend to be older: they may have subtle underlying cortical disease, especially prior stroke or transient ischemic attack. Lewy bodies, seen in patients with Parkinson’s disease, have been noted in non-parkinsonian patients with RBD, and may be linked to some level of central nervous system damage. There is some thought that RBD may be a marker for Parkinson’s risk later in life. Typically, one does not see the idiopathic form in younger patients.

Evaluation and diagnosis
As in other aspects of medicine, patient history provides the foundation for diagnosis of RBD. The presence of abnormal physical behaviors, particularly in the middle or latter portion of the sleep period when REM sleep predominates, is a typical presentation. Vivid dreams, which the patient may recollect in detail, are usually present. In the laboratory, EEG evidence of abnormal muscle activity during the typical periods of REM atonia, in the absence of seizure activity, is needed to confirm the diagnosis. Witnessed and, if possible, video-recorded parasomnia activity is needed for a formal RBD finding if there is no preceding history.

If one confirms true RBD in a younger patient, it is prudent to secure a thorough neurologic workup including diagnostic imaging, as it is in this patient population that one would expect to find a central nervous system pathology as the causative factor. For most older patients, however, one does not need to do imaging if there is a presentation and polysomnography consistent with RBD and no obvious neurologic abnormalities found in the history and physical examination.

Sleep fragmentation from sleep apnea or periodic limb movements may trigger RBD because of the increased arousability accompanying these disorders. Treatment of these may occasionally resolve RBD.

With so many possible causations, it is not surprising that there is also a wide variety of disorders that need to be considered as part of the differential diagnosis. Chief among these is slow-wave sleep parasomnia. It also can present with abnormal nocturnal behaviors, including vigorous or violent activity. It is important to make a definitive diagnosis between the two. This parasomnia tends to appear in younger patients. These patients often have more vague, nonspecific imagery and dream recollection compared with RBD. In comparison with the middle-to-late presentation of RBD in the sleep cycle, slow-wave parasomnias appear earlier in the cycle. EEG evidence of the sleep stage during which activity occurs is obviously important.

Additional differential diagnoses that need to be considered include seizure disorders, confusional arousals (from triggers such as apnea or limb movements), the dissociative psychiatric syndromes, simple somnambulation, disorders including hallucinations (such as hypnagogic hallucinations), and sleep terrors.

Treatment
RBD will often respond quite well to clonazepam, sometimes within the first few doses. The exact mechanism of action regarding RBD remains under investigation, but the class of benzodiazepines in general seems to encourage inhibitory neurotransmission in the brain. Clonazepam is usually prescribed at a starting dose of 0.5 mg, may be increased to 1 mg for effect, and is typically tolerated well. Rebound RBD may be seen in those that discontinue therapy abruptly, but the therapeutic effect is so marked for most patients that they are in fact quite reluctant to discontinue treatment. At the low doses used for RBD, there is a fairly low chance for true pathologic habituation.

Tricyclic antidepressants, it has been noted, can be a causative agent in RBD, but in carefully selected individuals tricyclics may actually be therapeutic, particularly if there is a concomitant diagnosis for which this class of medication could be beneficial. Other medicines, such as clonidine or the L-dopa preparations, have been successful in some cases.

As noted above, it is important to treat any underlying causes of sleep fragmentation that may be an RBD trigger. One significant aspect of treatment for RBD is counseling—not only for the patients but for those around them for whom the aggressive behavior may be frightening or personally threatening. One important concept to drive home at the initial consultation and ongoing follow-up is that the behavior is not consciously directed by the patient. It is easy for loved ones to wonder why the patient is acting out in this way, sometimes in a very personalized physical attack against them. Education about the disorder and constant reassurance will go a long way in allaying some of the fears and understandable apprehension that accompanies this diagnosis.

The environmental safety of the sleep area is of utmost importance. Some patients and their bed partners come up with imaginative ways to protect themselves, including a wall of pillows or blankets separating them, or rails or cushions to keep the patient from falling out of bed. While these sorts of barriers may not be necessary on a nightly basis once treatment has taken hold, it is still prudent to keep the area immediately around the bed as safe as possible. It may be helpful to move furniture away from the bed so that a flailing limb is not injured by striking an item during the night. Items near the bed may also trip a person who is sleepwalking, with the potential for significant trauma, especially in the elderly population where RBD predominates. Easily broken objects, especially glass, should be placed out of harm’s way. It should go without saying that weapons of any kind should not be kept in the bedroom of anyone with a parasomnia history. If somnambulation has ever taken the person out of the bedroom, a safety lock of some sort may be necessary for the room door. Locks must be easily operated by a fully awake person, however, for fire safety.

REM behavior disorder is a frightening, confusing, and sometimes dangerous situation for both the patient and those around them. Careful evaluation, education, and treatment will go a long way toward a successful resolution of the disorder and toward allaying the fears associated with RBD.

David M. Margelli, PA-C, is a clinician, and Daniel I. Loube, MD, is associate medical director, both at Swedish Sleep Medicine Institute, Seattle. 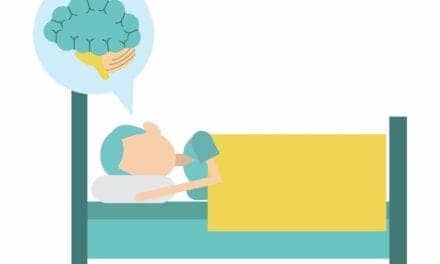 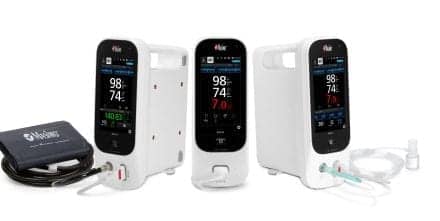