PSG technologists should be familiar with how to check, set, and retain the desired oximeter settings in order to provide a thorough sleep test.

During overnight polysomnography (PSG), pulse-oximetry results (Spo2) constitute a key parameter for use in scoring respiratory disturbance events (RDEs). The Centers for Medicare and Medicaid Services (CMS) classifies cessation of airflow lasting at least 10 seconds as apnea,1 whether obstructive, central, or mixed. Obstructive sleep apnea (OSA) is secondary to collapse of the upper airway during sleep, central apnea is associated with the cessation of all respiratory movements and is linked to the central nervous system, and mixed apnea has both obstructive and central components. Hypopnea is defined by CMS as lasting at least 10 seconds, with a reduction in thorocoabdominal movement or airflow of at least 30% and oxygen desaturation of at least 4%.

Taj M. Jiva, MD, is clinical assistant professor of medicine and director, Buffalo Medical Group, PC, Williamsville, NY. He says, “Oximetry can detect the typical Cheyne-Stokes breathing seen in central apnea. Dips in oxygen-saturation levels immediately after the respiratory event are important to assess; this may be prolonged hypoxemia.” Jiva continues, “Decreased oxyhemoglobin levels and the resulting hypoxemia contribute to cardiac and cerebral ischemia. Diastolic and systolic dysfunction of the heart are common during hypoxemia.”

These cardiac complications (as well as respiratory events) make pulse oximetry essential, but accurate pulse oximetry may be a challenge. In two separate studies by Davila et al,2,3 it was determined that different acquisition-parameter settings and the choice of display mode could affect the number and the severity of RDEs scored in a sleep study.

In the first2 of the two studies, 30 patients underwent standard overnight PSG, with the subjects connected to the usual recording equipment. The study included electroencephalography, electro-oculography, electromyography, sonography, airflow measured via thermistor, and respiratory effort recorded using piezoelectric belts. The only deviation from the standard PSG setup was made for pulse oximetry. Each patient was connected to three identical oximeters, which were then linked to a polygraph. Recording settings of 3 seconds (fast), 6 seconds (normal), and 12 seconds (slow) were used to acquire the Spo2 signal. The signals were simultaneously displayed on three separate channels.

Figure 1. A respiratory disturbance event causing desaturation greater than 3% on oximetry recording settings of 3, 6, and 12 seconds.

Main Goals of the Study
One goal of this study was to determine whether changes in oximetry settings influenced how RDEs were scored (Figure 1).

The second goal of the study was to assess treatment decisions made by sleep practitioners in relation to varying Spo2 signals. Randomly selected US physicians were asked to prescribe treatment based on history, physical examination, and/or oximetry readings. For the purposes of this study, respondents were told to proceed on the assumption that all treatments would be medically appropriate for the patient. The treatment options available were continuous positive airway pressure, weight loss, sleeping in a lateral position, and/or use of a dental device.

The results of the study indicated that, at slower settings, more RDEs pass undetected. The investigators noted that this problem could be exacerbated by CMS scoring guidelines, which require a desaturation level of 4% for RDE. Treatment would not be initiated for some individuals screened at slower speeds who would have qualified for treatment if faster settings had been used (because more RDEs are seen at higher speeds).

The study’s principal investigator, David G. Davila, MD, is medical director, Baptist-Health Sleep Center, Little Rock, Ark. He says, “We knew the recording or averaging times were an important issue in our center, where we subclassify RDEs with less than 4% desaturation, but this issue became even more relevant when Medicare’s latest guidelines came out requiring this relatively high (4%) threshold for hypopneas.” The study concluded that pulse-oximetry acquisition parameters should be included in PSG study data and that an effort to standardize such settings should be made.

Standardizing acquisition settings may be difficult, however. Acquisition settings are as varied as the oximeters on the market. In theory, they all detect oxyhemoglobin desaturation, but they do so at slightly different settings; RDEs that are detected at a certain acquisition setting by one oximeter may not be detected at all at a different setting on another oximeter. Davila says that he hopes that other centers are using the fastest settings available to them on their oximeters to capture all the 4% desaturations that are occurring. Otherwise, they may be underscoring the apnea-hypopnea index and finding themselves unable to offer positive–airway-pressure therapy to patients who might need it and who might otherwise qualify for it.

PSG technologists should be familiar with how to check, set, and retain the desired oximeter settings. Some oximeters “default to slower, factory-set averaging times,” every time they are turned on, Davila says.

Additional Research
In a second study by Davila et al,3 the display mode was evaluated in addition to the acquisition setting. The purpose of the study was to determine whether methodically changing the recording setting and the display mode would produce different desaturation indices. Of the original 140 patients, thought to have OSA, who were asked to participate in the study, 75 provided data that could be used.

Patients were again connected to three identical pulse oximeters. The pulse oximeter signal was then collected at intervals of 3, 6, and 12 seconds. At the conclusion of the PSG, the trend-output option for each oximeter was used to display, on paper running at 20 cm/min, three additional Spo2 signals from its memory.

Pearson coefficients and the Bland-Altman method were used to compare the online and stored tracings. While Pearson coefficients indicated some similarities between online and memory modes, there were some variations. The Bland-Altman plots showed a greater disparity between the online and stored data. This study suggests the importance of disclosing the display mode (in addition to the acquisition speed) when acquiring data and scoring the results of sleep studies. 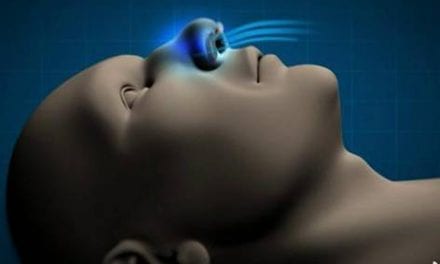