Acute ischemic stroke patients spend most of their time asleep in the supine position, possibly contributing to the severity of sleep apnea, according to findings reported in the September issue of the journal Stroke.

"Sleep apnea is very common after stroke and is associated with poor outcome," Dr. Devin L. Brown and colleagues from the University of Michigan, Ann Arbor, write. "Supine sleep is known to exacerbate apneas in the general sleep apnea population."

For their study, the researchers performed full polysomnography that included monitoring of sleep positions for 30 inpatients with acute ischemic stroke, mean age 67 years.

The patients spent the "vast majority" of their sleep time in the supine position, the investigators found. In fact, the median percent total sleep time spent supine was 100%, and 63% of patients spent no time asleep in any other position.

The median percent total sleep time supine was significantly higher in patients with higher NIHSS scores compared to those with lower scores (100% versus 63%, respectively; p < 0.01).

The median percent total sleep time spent supine was nonsignificantly higher in subjects with OSA compared to those without OSA (100% versus 81%; p = 0.36). 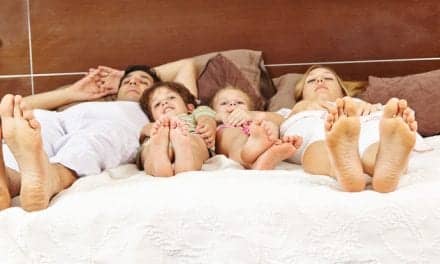