The objective of this review is to identify significant contributions to the field of sleep medicine in the preceding year. Four “representative” articles will be discussed to highlight the spectrum of contributions including: 1) a genetic risk factor for periodic limb movement disorder (PLMD) and restless leg syndrome (RLS),1 2) metabolic dysregulation in sleep-disordered breathing among adolescents,2 3) the effects of CPAP on early signs of atherosclerosis in obstructive sleep apnea,3 and 4) sleep-disordered breathing and mortality in the 18-year follow-up of the Wisconsin Sleep Cohort.4

Restless leg syndrome is manifested by uncomfortable and often distressful sensations in the legs during rest, and sleep is often interrupted by highly stereotypic and regularly occurring periodic limb movements. A familial predisposition has been well documented in these syndromes, but until now, no gene has been identified.

The study by Stefansson and colleagues1 focuses on patients (and their first degree relatives) with RLS assessed by a validated questionnaire who also had documented periodic limb movements in sleep using a portable monitor as an objective physiologic metric. The study utilized an Icelandic discovery sample and was replicated in a second Icelandic sample as well as a US sample. A significant genome-wide association was observed between RLS with PLMD and a common variant in an intron of the BTBD9 domain on chromosome 6p21.2 (odds ratio = 1.8, P = 2×10-9). This was replicated in the other independent samples. With this common variant, the population attributable risk (the proportion of disease in these populations that is due to the genetic variant) was 50%, which is very high. Interestingly, a simultaneously published report by Winkelmann and colleagues5 showed an association between RLS and the same sequence variant as well as two additional polymorphisms in both German and Canadian cohorts, making this finding more secure.

Closer inspection of the data from Stefansson and colleagues, however, shows that the genetic variant identified does not appear to be a gene for RLS but rather for periodic limb movements in sleep. The investigators observed the highest risk among patients with just periodic limb movements, and this association disappeared completely in subjects with RLS without periodic limb movements. Also of interest, none of the genetic regions identified by Winkelmann or Stefansson are known to be involved in dopaminergic transmission, which has been directly implicated in the underlying pathogenesis of both RLS and PLMD. However, Stefansson and colleagues did find an association between the presence of the genetic variant and lower ferritin levels, implicating the genetic variant in iron storage. Iron is a cofactor for tyrosine hydroxylase, which is an important enzyme implicated in dopamine synthesis.

The clinical implications of this work include the high population attributable risk, a new explanation for some of the familial clustering in RLS and PLMD, the potential to improve diagnostic accuracy, and the hope that the pathophysiology of this disorder will be better understood, which may lead to future durable therapies. The strengths of this study are the use of an objective physiologic metric, large sample size with appropriate statistical corrections for the large number of statistical tests performed, and the findings were replicated in independent samples. Important unanswered questions include: Does a genetic factor for periodic limb movement disorder exist outside of restless leg syndrome? What is the functional significance of the genetic factor identified? Does the variant allele identify a clinical subgroup with a differential response to various treatments (eg, dopamine agonists, iron, opiates)? And finally, are these polymorphisms related to the age of onset of RLS/PLMD?

ASSOCIATION BETWEEN METABOLIC SYNDROME AND SDB IN ADOLESCENTS

The strengths of this study include the use of a community-based sample, full overnight polysomnography to define sleep-disordered breathing, and direct measurement of key components of the metabolic syndrome. Limitations include the low range of sleep apnea severity, the potential for residual confounding with central obesity, and the cross-sectional study design, which prevents a precise assessment of the “causal” role of sleep-disordered breathing in the pathogenesis of metabolic syndrome.

EFFECTS OF CPAP ON EARLY SIGNS OF ATHEROSCLEROSIS IN OSA

In contrast to largely cross-sectional analyses linking sleep-disordered breathing to the metabolic syndrome, there have been a number of prospective studies that have independently linked sleep apnea to cardiovascular outcomes.11-14 In addition, physiologic studies suggest that sleep apnea provides a substrate for the development of atherosclerosis through a variety of mechanisms including intermittent hypoxia, oxidative stress, inflammation, endothelial dysfunction, sympathetic activation, and negative intrathoracic pressure.15 However, the gap in knowledge that exists between cause and effect with respect to cardiovascular outcomes and sleep apnea is treatment studies. The paper published by Drager and colleagues3 this past year provides evidence that helps to begin to fill this gap. From 400 patients with severe OSA, the investigators enrolled 24 patients free of cardiovascular and metabolic comorbidity. They randomized these 24 patients to CPAP versus no CPAP. At baseline and after 4 months, multiple vascular parameters were measured including carotid intima-media thickness (primary outcome), arterial stiffness, carotid diameter, 24-hour blood pressure, lipid profiles, c-reactive protein, and catecholamines. There was excellent CPAP compliance, no losses to follow-up, and no significant differences in vascular parameters at baseline. After 4 months of CPAP therapy, there was a 9% reduction in carotid intima-media thickness, and a 10% reduction in carotid-to-femoral pulse wave velocity as a measure of arterial stiffness. Importantly, with these reductions in vascular parameters, there were no concurrent changes in weight, lipid levels, or blood pressure (patients were normotensive at baseline). However, the improvements in vascular parameters were associated with reductions in markers of inflammation and sympathetic activation as evaluated by c-reactive protein and catecholamines, respectively.

How valid are carotid intima-media thickness and pulse wave velocity as an early sign of atherosclerosis? It turns out that they are fairly robust. They correlate well with histologic evidence of subclinical atherosclerosis,16 and are associated with increased risk of atherosclerotic and cardiovascular disease.17,18

There are significant clinical implications to this work. First, it provides evidence that obstructive sleep apnea may contribute to the causation of atherosclerosis. Treatment with CPAP resulted in a regression of atherosclerosis in the absence of changes in blood pressure and lipid profile but in association with measures of decreased sympathetic activity and inflammation. Second, the magnitude of this regression was similar to that of lipid-lowering agents.19 Finally, these findings also imply that treatment of sleep apnea with CPAP may reduce atherosclerosis and consequently lower the risk of ischemic cardiovascular disease. However, there are several limitations to consider. The small sample size of highly selected patients with severe sleep apnea free of comorbidity may not be generalizable to the overall OSA population. Additionally, because of the short duration of follow-up, this study is not able to determine whether randomized treatment of sleep apnea actually reduces cardiovascular and cerebrovascular events. Such longer-term randomized trials are greatly needed, and international efforts are currently under way to perform such trials.

SDB AND MORTALITY: 18-YEAR FOLLOW-UP OF THE WISCONSIN COHORT

The study found a significantly increased risk of mortality conferred by severe obstructive sleep apnea even after adjustment for confounding (hazard ratio = 3.0; 95% CI 1.4-6.3). After excluding patients who had used CPAP treatment, the risk was even higher (hazard ratio = 3.8; 95% CI 1.6-9.0). There was also a significantly increased risk for cardiovascular mortality (hazard ratio = 5.2; 95% CI 1.4-19.2). Importantly, these results were unchanged after accounting for daytime sleepiness. Although the benefit of treating SDB patients who are not sleepy is controversial,21 findings from this study suggest that SDB should not necessarily be contingent on daytime sleepiness symptoms. Although mortality risk was 50% greater for those with mild and moderate sleep-disordered breathing compared to those without sleep-disordered breathing, the estimates were not statistically significant.

The field of sleep medicine sits at the intersection of a number of different areas of investigation. This past year exemplifies the breadth of contributions possible from numerous disciplines including genomics, metabolic disease, cardiovascular disease, and epidemiology that have important implications for the care of patients with underlying sleep disorders. As sleep medicine specialists, we can look forward to the exciting contributions in the years to come.

H. Klar Yaggi, MD, MPH, is assistant professor of medicine at Yale University School of Medicine, Section of Pulmonary and Critical Care Medicine. He can be reached at [email protected] 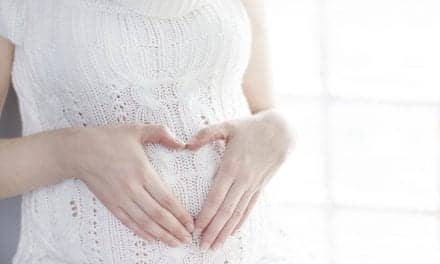