To learn a lot about the Sleep Disorders and Research Center at the Michael E. DeBakey Veterans Affairs Medical Center (MEDVAMC) and Baylor College of Medicine, Houston, all you have to do is hear its staff members discussing one another.

“We have a core of people who are very dedicated, and I think that’s been key to our success,” says Max Hirshkowitz, PhD, DABSM, a sleep specialist at MEDVAMC, and associate professor in the Departments of Psychiatry and Medicine at Baylor. He offers, as an example of the dedicated staff, Marietta Bibbs, RPSGT, chief technologist at MEDVAMC, a colleague of his for more than 25 years. “Working with people like Marietta creates a lot of stability, and that helps the program.”

His flattery of Bibbs is seconded by Amir Sharafkhaneh, MD, DABSM, medical director of the laboratory. “We have one of the most experienced technical directors in Marietta Bibbs,” he says, adding that it is the close collaboration of the center’s staff that has led to its success. “We don’t compete with each other, we help each other.”

Sheila Goodnight-White, MD, chief of pulmonary and critical care for the center and hospital, credits Bibbs too, while adding, “I want to give kudos to Dr Sharafkhaneh and Dr Hirshkowitz, and really support their leadership in education in sleep medicine.”

And then there is Bibbs herself. “I just think it’s a wonderful place to work,” she says. “I’ve been here over 20 years, and I’ve seen a lot of people come and go, but Dr Hirshkowitz and I have been the mainstays here, and it’s been a really great experience.”

These mutual compliments are no coincidence. The respect the sleep center’s staff has for each other stems from working for a well-run, well-established facility that has taken on a leadership role within sleep medicine over its many years in operation.

But how does a center started in the 1970s keep up with the latest advancements in the field? The answer seems to be through using a traditional academic model focusing on patient care, education, and research, while also working with the industry to stay on the cutting edge.

A Sleep Legacy
The roots of the center were established in 1973, when Robert L. Williams and Ismet Karacan moved a sleep program from the University of Florida at Gainesville to the Department of Psychiatry at Baylor. Around the time Hirshkowitz came on board in 1978, the directors of the program decided to add to the research program a sleep clinic, one of the first 10 in the country, and the very first to be fully accredited within the VA system.

Since then, the center—with its rotating staff of about 12 people, depending on the number of fellows—has established a strong reputation for its clinic, research, and education. More than 40 fellows have been trained there, Hirshkowitz says, all of them passing their boards. “So either we’re doing something right, or we’re just lucky,” he jokes.

Early on, the center conducted pioneering research on sleep-related erections, while other studies have pertained to eye movement patterns in early REM episodes, EEG asymmetries in REM sleep, uterine activity during REM sleep, and regional cerebral blood flow during REM sleep. Additional accomplishments include studies on sleep spindle changes in response to different pharmacological agents, assessment of drug effects on sleep using automated EEG analysis, the relationship between autonomic function and daytime sleepiness, and the development of automated scoring for sleep electrodermal activity. Recent studies have focused on CPAP machines and cardiac research, for which the VA system has become well known.

Because of this legacy, many center staff members have taken on leadership roles, within both the VA community and the field of sleep medicine. Hirshkowitz chairs the National Veterans Health Administration Sleep Field Advisory Group, as well as the Sleep Research Society Research Committee and the American Academy of Sleep Medicine (AASM) Digital Polysomnography Taskforce. He is also a member of the AASM Standards of Practice Committee and Site Visit Taskforce; he is on the editorial boards of both Sleep Medicine and Sleep, and he serves as a governing board member of the World Association of Sleep Medicine. He is a frequent lecturer and writer, and last year coauthored Sleep Disorders for Dummies (Wiley, 2004).

But if he is the most experienced leader of the center, Hirshkowitz is not alone. Sharafkhaneh, Goodnight-White, and Bibbs are all highly involved in the scientific community—speaking at professional and educational conferences, publishing papers, and simply serving as very visible representatives of the field.

This has led to strong recognition of the center, but it has also helped the veterans it serves. For example, as chair of the National Veterans Health Administration’s Positive Airway Pressure Technical Advisory Group, Hirshkowitz helped the organization gain national contracting for CPAP machines. It was a lot of work, but “the bottom line is our veterans are getting competent machines that allow our clinicians to do what they need to do,” he says. “That’s an accomplishment.”

Not an Average Facility
Everyone involved with the success of the center agrees it is unique, for several different reasons. First, Sharafkhaneh says, the center is special because it is one of the oldest sleep laboratories still functioning. Because of this standing, the facility’s staff is able to conduct wide public outreach and educational programs.

Goodnight-White agrees, and says it also serves as an example of a successful academic sleep center. “We are absolutely strong on all three of the main tenets of an academic center, and that is, number one and most important, patient care,” she says. “Number two, education, and number three, research. To me, that is one of the unique things about us, that we hold very highly to all three missions.”

Bibbs, who is a Vietnam-era Air Force veteran herself, says the center is unique primarily for the good work it does for veterans. “I think we really do a good job at it,” she says. “And since I’m a veteran, that makes me very conscious of making sure the patients are satisfied.”

She says they give patients satisfaction questionnaires, which she reads and responds to every day. “If a patient wants to be called, I’m the first person to contact them and see what the problem is,” she adds, explaining that the majority of the questionnaires report strong satisfaction with the center.

Bibbs also says that since not all VA medical centers have sleep laboratories, the Houston facility draws veterans from as far away as El Paso, Tex, and Lake Charles, La.

According to Hirshkowitz, the level of education and research at the center makes it stand out. “We’re doing a lot of different types of research, everything from epidemiology—where we’re looking at large surveillance databases—to very specific intensive work on, say, working memory. So it runs the gamut,” he says. “We probably have about nine projects running at any given time, including trainee and student projects.”

Both Hirshkowitz and Sharafkhaneh say the center is known for its technological advancement. “We are very up to date on using new equipment and providing the recommended care to sleep patients,” Sharafkhaneh says.

“One of the things we began when I started was to automate the laboratory, and we’ve been highly involved in it since that time,” Hirshkowitz adds. “The [AASM] is having me chair their digital taskforce, and I think that’s because of all the sophisticated work with computers we’ve done over the years.”

Keeping up on Sleep
Of course, such a long-standing facility has needed to stay current with sleep medicine, especially in recent years, as more and more people understand its importance.

Hirshkowitz says that because of the increasing professional recognition of sleep disorders, the center is receiving increased referrals, but that they are well prepared for the challenge. In fact, it was this increased awareness—especially of sleep apnea—that led the sleep laboratory to be moved from the psychiatry department to pulmonary and critical care medicine about 5 years ago.

Because these changes have made the need for services steadily increase, the center’s staff is looking at new and innovative treatments that could be used to deploy services more efficiently; however, Hirshkowitz says, it is important to remember that “new” is not always what is best for the patient. They must “make sure that ultimately the alternative approaches do more good than harm, and that’s something that needs to be looked at very carefully,” he says. “You can’t just assume because it’s new and high tech that it’s better.”

Goodnight-White sees the growing public knowledge of sleep as more of an opportunity than a challenge. “What I see now is an ever-increasing public and professional awareness, and I think it’s fantastic,” she says.

Bibbs says sleep should have received this kind of recognition years ago, but it is great that it is happening now. “I think it’s a very positive thing, especially for the Baby Boomer population,” she says. “I don’t think they realize how important sleep is, and now with the campaigns out there… I think it’s helping the population become more aware of it.”

The growing popularity of sleep medicine is also changing the definition of the model of a sleep center. Hirshkowitz says that as the field gets more commercialized, it is moving away from the model they have—the traditional three-armed academic sleep program focusing on clinical care, research, and education. However, the academic model this center uses has been highly successful, and it is one its staff members are planning to keep. Sharafkhaneh says people starting new sleep laboratories can look to this center as an example of how to adhere to AASM guidelines to provide “reliable and useful” information. For those opening a new academic laboratory, they can learn from this center “how you basically interface the training of your fellows and residents with patient care without compromise, meaning that while you are providing excellent training, you are also providing outstanding medical care,” he says.

Though the center is very interested in research, he adds, they keep patients the “number-one priority.” He says they will continue to do this because of their long-standing legacy and commitment to patient care. “At the same time, it can be learned [from us] that you can be a very busy lab in terms of patient care and training, but also be at the forefront of science.”

This kind of balance is achieved primarily through strong communication among the staff, Sharafkhaneh says. “Max Hirshkowitz and myself agree on many things, and for what we disagree on, we sit down and solve,” he says, explaining that this almost always has helped them avoid conflict.

In the end, Hirshkowitz says they can attribute the center’s success to a strong, dedicated staff who ensure the program keeps moving and evolving. “We’ve had our ups and downs; we’ve weathered storms… but I think it’s been successful from a combination of a core of people who work very hard, and, so far, good luck,” he says, ever modest. “Never underestimate the effect of luck.”

Sarah Schmelling is a contributing writer for Sleep Review.

Lessons from the Forefathers of Sleep 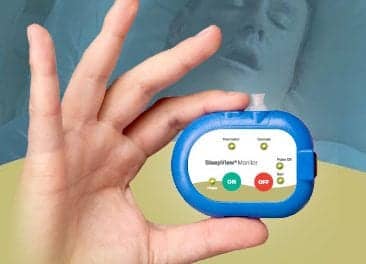