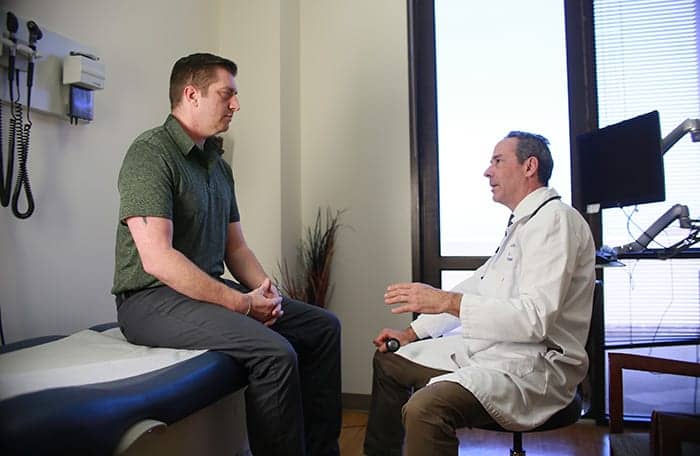 How a designation helps J. Steven Poceta, MD, of Scripps Clinic treat patients with restless legs syndrome who have nowhere left to turn. 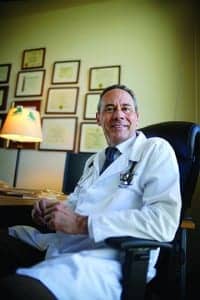 J. Steven Poceta, MD, began working at Scripps Clinic in 1987. As the only neurologist at the sleep center at the time, patients with the neurological sleep disorder restless legs syndrome typically gravitated to him.

Considering the shortage of neurologists in the United States,1 it seems contradictory for a physician in that specialty to actively light a beacon to attract additional patients. But for J. Steven Poceta, MD, of Scripps Clinic Viterbi Family Sleep Medicine Center in La Jolla, Calif, established restless legs syndrome (RLS) patients made a compelling case: Dr Poceta should alert other RLS sufferers that treatment for the neurological sleep disorder—even severe cases—is available at Scripps Clinic. “So many patients with RLS a) suffer without anyone to really help them and b) are passionate advocates for the condition,” he explains.

So in 2016, the 8-bed sleep center became certified as a Quality Care Center by the Restless Legs Syndrome Foundation, a designation recognizing its expertise and leadership in diagnosing and treating RLS. The clinic is staffed by 5 physicians who specialize in sleep medicine, neurology, chest medicine, cognitive behavioral therapy, and pulmonary medicine. In addition to Dr Poceta, two physicians are RLS experts (based on their specialized training and experience treating patients). The Scripps Clinic is one of 11 certified RLS Quality Care Centers worldwide, as of press time, and one of only two in the United States west of the Rocky Mountains. And so the patients’ hopes quickly became a reality: RLS sufferers from beyond state and regional borders began navigating themselves to Scripps. 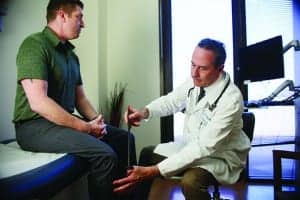 The doctor checks a patellar reflex, a basic test of the central nervous system.

When Dr Poceta began working at the Scripps Clinic in 1987, he was the only neurologist among pulmonologists, psychologists, and other non-neurologist sleep specialists. “So all the neurological sleep disorders gravitated to me, and I developed a lot of experience with restless legs patients,” he says. “I thought it was a fascinating disorder in so many ways, particularly related to the fact that its feelings are gone in the daytime but come on strong at night. It also fascinated me that the medications that treat Parkinson’s disease also treat restless legs; that’s an interesting pharmacological aspect.”

He acquired more RLS experience in 2004 when Scripps became one of the institutions at which the clinical trials of gabapentin enacarbil for RLS were conducted.2 “It was really great to be at the start of an idea: to observe drug development from the beginning and be involved in that process, from the very beginning to it being approved,” he says of the medication now known as Horizant. “My involvement in the long-term development is something I am proud of.”

He is currently embarking on two new research projects. One will study hypnotics and whether abnormal behaviors (such as sleep driving) are more common in RLS patients than in others; the second asks whether people with RLS who develop addictive behavior on dopamine agonists also have tendencies toward drug and alcohol addiction. 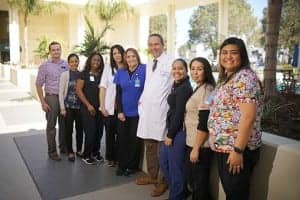 Caroline Chamales is one of Dr Poceta’s RLS patients and the founder and support group leader of the Restless Legs Syndrome Foundation’s San Diego RLS Support Group, which meets at Scripps. She is also one of the patient advocates who urged him to pursue the Quality Care Center designation. “I am originally from Chicago and moved here from New York City. I have seen the top neurologists in both places. But I have never seen anyone who knows as much about RLS as Dr Poceta,” Chamales says. “In addition to his knowledge, he is tireless in his efforts to help his patients find relief.”

When Chamales moved to San Diego about 7 years ago, there wasn’t an RLS support group in the area; the closest was in Los Angeles, at least 2 hours away. After determining there was interest in a San Diego-based support group, Chamales asked Dr Poceta if he’d be its medical advisor. “When he immediately agreed, I knew we had the foundation for a strong group in San Diego,” she says.

Dr Poceta and his assistant Denise Palmer obtained approval to have the meetings at Scripps. “We started our group with 3 people….We now have over 150 in our San Diego support group,” Chamales says.

The group hosts outside speakers at large semi-annual meetings as well as sharing ideas among members at smaller group meetings without formal speakers. “Because RLS is little understood, it is so helpful for those of us who are suffering to share ideas and give support to one another,” Chamales says. “Knowing we are not alone is very comforting. Being understood is everything when one is suffering.” 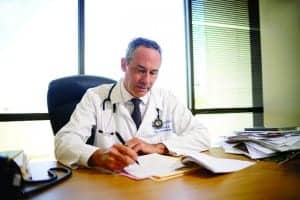 The RLS patients who find Dr Poceta as a result of Scripps’ Quality Care Center designation have some differences from the center’s previous patient population. “I have noticed the patients who come because they Googled ‘restless legs’ or Googled the RLS Foundation and saw the Scripps Clinic named there tend to be the more difficult cases or they live in areas where there isn’t good care,” he says. This is in contrast to most existing patients, who tend to live nearby and be referred by a local physician.

“People come to me from all over the world,” he says. “A lot of doctors know how to treat RLS on a ‘101’ level, but when the patients are complicated, there aren’t enough doctors who really know the condition.” Indeed, when asked if anything surprised him about the process of Scripps becoming a Quality Care Center, he responds, “I was a little surprised by how much need was out there.”

Telephone follow-ups are utilized so far-flung patients don’t have to continually drive or fly back to La Jolla. But if medication is prescribed, patients are required to return for in-person follow-ups; once a successful treatment is identified, follow-ups can be conducted by patients’ local physicians (as long as the prescribed therapy remains efficacious).

His advice to other clinicians considering applying for the Quality Care Center designation is to ensure they have strong support teams. Support staff is particularly important in cases in which patients with augmentation—RLS symptom worsening that can occur during treatment with dopaminergic drugs—need to change medications. In Dr Poceta’s case, two of the center’s nurses have proved invaluable. “Coming off dopamine agonists is difficult medically and very difficult psychologically. People often get worse before they get better,” he says. “It helps greatly to have nurses who know the medicines and can handle the phone calls on days 3, 7, and 14.” 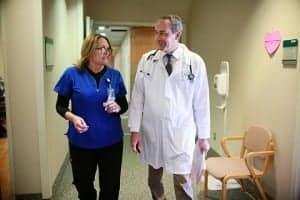 Support staff is particularly important in cases in which patients with RLS augmentation need to change medications.

RLS is frequently treated at the primary care physician level, which Dr Poceta says works well in most cases of mild to moderate symptoms, presuming the physician is educated about the disorder. “Restless legs has a relatively small number of medications and is a relatively easy diagnosis to make,” he says.

But a baseline level of education is key. For clinicians who want to increase their expertise, he recommends joining the International Restless Legs Syndrome Study Group, downloading publications from the Restless Legs Syndrome Foundation, and attending RLS-focused sessions at the annual SLEEP meeting in the United States and at the World Sleep Congress (held every other year in various cities worldwide).

Though neurologists and psychiatrists have inherent advantages in understanding and treating RLS—these specialties are familiar with relevant medications and with treating patients with anxiety- and insomnia-related issues—Dr Poceta says pulmonologist-trained sleep physicians can absolutely take a leading role. He says, “If you take an interest, you can learn restless legs and help more patients than you think.”

To apply to be a Quality Care Center, visit the Restless Legs Syndrome Foundation online at www.rls.org/understanding-rls/for-healthcare-providers. This page also links to the membership form, healthcare provider publications, clinical trial opportunities, and a grant application form.

AASM/AAST to AARC: Respiratory and Sleep Professions Should Work Together