With backlogs and sleep technician shortages, sleep centers turn to outsourcing to keep up.

At no time in the last 4 years has hospital-based MedCentral Sleep Disorders Center fallen into backlog. A commendable record for so busy a laboratory: the fully accredited, full-service Mansfield, Ohio, center conducts sleep tests at least 5 nights a week and completes upward of 1,200 studies a year.

Oh, and by the way, the facility is understaffed when it comes to RPSGTs. Like many sleep laboratories around the country, MedCentral finds it cannot recruit all the skilled, quality-minded RPSGTs it needs. Yet, the five-bed center’s productivity never lags.

What is MedCentral’s secret? Outsourcing. “Outsourcing has been key to our growth,” says Sunil Vaidya, MD, medical director. “It’s a business model that has enabled us to avoid slowdowns in our daily work. We can be shorthanded, and still we stay on top of things.”

What they outsource at MedCentral are the acquired raw data for scoring. The studies are transmitted over a secure Internet connection to a company under contract to the laboratory. Within a day or two, sometimes less, the results come back and the laboratory takes it from there, just as if the scoring had occurred in-house.

Outsourcing has worked so well for MedCentral that Vaidya says his operation has come to rely on it “far more than I imagined would be the case.”

“We’re a study-by-night-and-treat-by-day operation, and we decided to look into outsourcing as a solution to our problem of finding qualified sleep technologists,” says Christopher Mathews, LRCP, president and CEO of the enterprise. “Sleep technologist is a very difficult job description to fill. Locally, there are no training programs to produce the technologists needed to fill the job openings.”

So enamored of outsourcing is Mathews that he now believes it will probably “always play a role in the scoring of studies and in helping us better utilize human resources,” he says. “Having an external resource for scoring allows our staff technologists to focus on data acquisition rather than scoring. Also, we can deal more easily with variations in census and not throw our technologists quite so many curves with regard to what we’re going to have them do during the week.”

Northstar does not outsource all of its scoring work. That task remains in-house whenever urgent turnaround is required due to a need to use the study perioperatively, or if a higher-than-normal level of interaction between the scorer and the sleep-medicine physician is required.

All in all, the way Mathews sees it, outsourcing makes economic sense. “From a straight bottom-line standpoint, the economic advantage might appear equivocal,” he says. “But, on whole, if you take into account the flexibility outsourcing allows and its ability to address the many variables of operation that aren’t reflected on a balance sheet, then the financial pluses are clear.”

Boom in Business
Both Northstar and MedCentral use as their outsourcing provider a Canadian firm headquartered in Ottawa. That outfit is Sleep Strategies Inc, which started in 2001. Initially, Sleep Strategies offered scoring just to laboratories in the United States, but now processes study data from clients in Europe and eastern Africa. Some 26 sleep technologists are on the company payroll and, together, they score thousands of studies per month.

“In the last 4 years, the business of sleep medicine has increased tremendously, so our growth as an outsourcing company has been exponential,” says Natalie Morin, RPSGT, president and CEO, adding that Sleep Strategies will in the next few months open a boots-on-the-ground office in Nevada and one in Europe next year. “Sleep facilities only recently have caught onto outsourcing. Because of that, they’re no longer allowing themselves to be forced into working with unskilled employees or having to cut back on the number of nights.”

It once was the case that sleep laboratories aware of outsourcing would hire a company only when a backlog developed, a technologist shortage materialized, or cover was needed during employee vacations, Morin notes. Now, she insists, sleep laboratories “understand the process of outsourcing and its benefits, and are deciding to routinely send out the majority—if not all—their sleep records for scoring.”

Sleep centers most inclined to use outsourcing range from rural-based start-up facilities severely hampered in their ability to recruit experienced technologists, all the way up to major university research centers swamped by the number of studies conducted daily, according to Morin.

“For new labs that are opening, implementing an outsourcing program from the beginning allows for no downtime and a smooth start to their practice,” she says. “For established labs, it gives them the opportunity to concentrate on growing the facility.”

A Question of Trust
There is, of course, a certain irony to US sleep laboratories outsourcing to Canada. Normally, it is Canadians flocking to the United States for things health care-related, but here the flow is reversed. Morin, however, finds it perfectly understandable.

“Americans feel confident about turning to us in Canada for outsourcing because we’re following the same guidelines for sleep technologist qualifications as in the United States,” she says. “While most of our technologists are based here in Canada, there aren’t any legal impediments to them scoring tests for our US clients because all of my technologists are RPSGTs. They’re fully accredited for working on behalf of US labs.”

Morin discloses that her company’s policy allows the hiring only of RPGSTs as scorers. And, at that, they must possess at least 5 years’ experience as a registered sleep technologist before Sleep Strategies will even consider them for employment.

Which begs the question. With RPSGTs in such short supply, how has Morin been able to amass a team of more than two dozen? The short answer: she networks exhaustively. The longer version is that Morin, a former pharmaceutical company representative who traveled the continent as part of her job, had been in the field of sleep medicine long enough that her Rolodex of industry contacts was quite thick by the time she launched Sleep Strategies. That rotary file has only grown thicker since, so she has never been at a loss for ability to recruit.

As for laboratories that want to outsource, it usually does not require intensive searching to locate a prospective provider. Northstar Associates, for instance, came to be a sleep studies client based on a referral from a friend of Mathews whose own laboratory was already signed with the Canadian firm.

When shopping for a provider, concern that laboratories frequently voice revolves around the issue of quality. Specifically, decision-makers want to know if they are dealing with an organization that can do a decent job of scoring. To gain assurance that his laboratory’s quality would not suffer by outsourcing, MedCentral’s Vaidya invited Sleep Strategies to meet with him and explain how the company, if retained, would go about satisfying his expectations for keeping the bar raised high. The answers sounded good, but Vaidya knew that proof would be needed. So he arranged to send Sleep Strategies a small assortment of studies as a trial.

“I went over every detail of all the studies to see how they interpreted them,” he says. “The company not only met my expectations for accuracy and timeliness, they exceeded them. Their work was outstanding.”

Now, Vaidya says he sees only a bright future for his sleep laboratory. “We can continue to grow, despite the shortage of technologists,” he says. “For us, outsourcing has been a very smart move.” 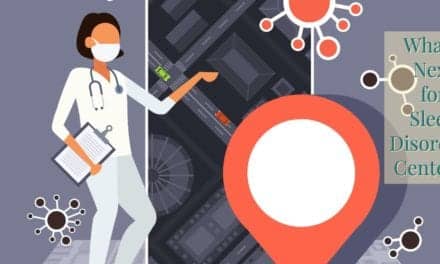 What’s Next for Sleep Disorders Centers? 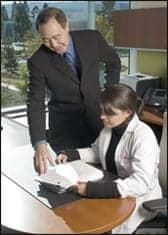 Shaping the Sleep Profession of Tomorrow 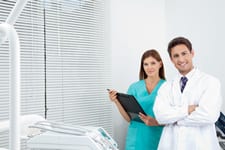 Prepping for a Partnership