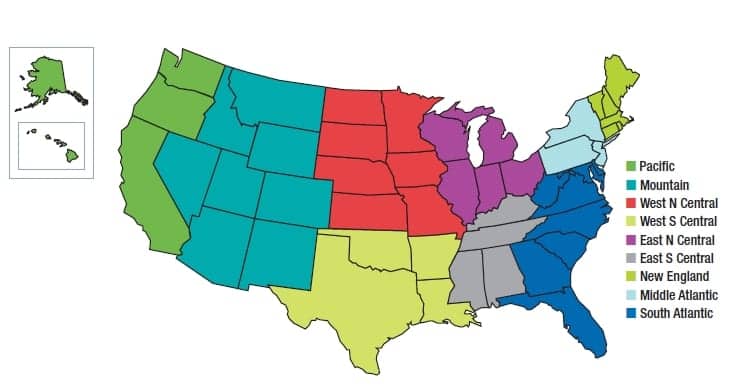 The present salary story for sleep medicine is all about sleep practitioners. Last year, sleep center administrators had the most favorable wage results—either holding steady or reporting increases from 2009 to 2010. This year, however, administrators did not fare so well. Meanwhile, according to 2010/2011 data, salaries for sleep practitioners rose across all the disciplines—sleep technicians, registered polysomnographic technologists (RPSGTs), respiratory therapists, and sleep physicians. Among the group, sleep techs had the highest increase in median salaries among all six job categories surveyed. 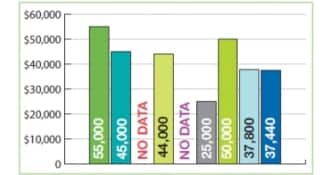 Sleep technicians reported the highest increase in median salary among all professions surveyed—a 35% increase, from $32,500 in 2010 to $44,000 in 2011. The increase wipes out the hit their salaries took in last year’s survey—a 19% decrease between 2010 and 2009. Median salaries ranged from a low of $25,000 for technicians working in the East South Central region to a high of $55,000 for technicians working in the Pacific region. Eleven sleep technicians, spread over seven regions, participated in this year’s survey. No respondents from the East North Central or West North Central regions reported data. 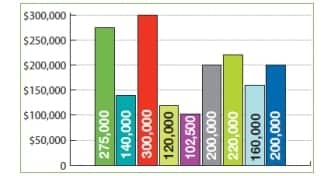 This year, sleep physicians in the West North Central region reported the highest median salary at $300,000—a 5% increase over last year’s high median salary of $285,000 for doctors practicing in the Pacific region. Physicians in the East North Central region reported the lowest median salary at $102,500—a 32% decrease from last year’s low of $150,000 reported by respondents practicing in the South Atlantic region. Overall, the 27 doctors participating in this year’s survey reported an 11% increase in their salaries from $180,000 in 2010 to $200,000 in 2011, the second highest increase in median salary among all professions surveyed. 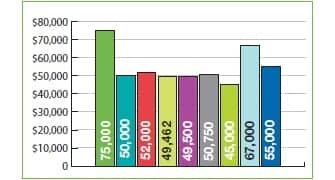 This year, 15 or fewer RPSGTs responded to the survey for each region. Still, the profession had the second highest rate of participation in the survey overall. RPSGTs in New England reported the lowest median salary this year at $45,000, down 4% from last year’s regional low of $47,000 reported by West North Central RPSGTs. Meanwhile, RPSGTs working in the Pacific region reported the highest median salary at $75,000, up 36% from last year’s $55,000 high reported by New England and Middle Atlantic RPSGTs. Overall, median salaries for RPSGTs across the country rose 4% from $52,000 in 2010 to $54,000 in 2011. 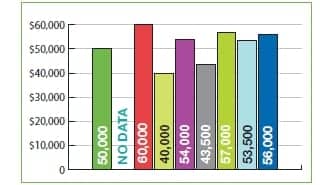 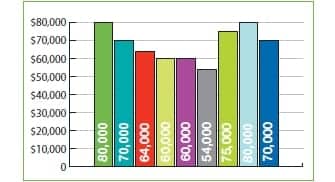 While sleep center director/supervisor/managers had the highest rate of participation among all salary groups for the second year in a row, they were the only profession surveyed to report a drop in overall median salary—a 4% decrease from a median salary of $68,000 in 2010 to $65,000 in 2011. Respondents in the East South Central region reported the lowest median salary at $54,000, a 7% decrease from last year’s low of $58,000 reported by sleep center director/supervisor/managers in the Mountain region. Pacific and Middle Atlantic region respondents reported the highest median income at $80,000, a 3% increase over the $77,500 high reported last year by West North Central region respondents. 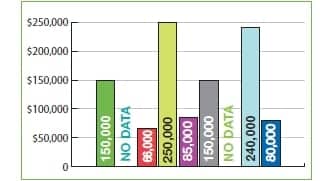 Sleep Review?’s fifth annual survey was conducted in partnership with Mizuho Securities USA. The salary survey included responses from 297 respondents received between June 20, 2011, and June 28, 2011. The salary figures are the respondents’ base salaries; they do not include the value of additional bonuses, stock options, or other incentives. It should be noted that our sample sizes were small in regard to particular regions and particular positions in both survey years. In addition, it is unlikely that we had the same responders as last year, so an apples to apples comparison between years cannot be assumed. For these reasons, we recommend that readers interpret the data with the above caveats in mind.

Alison Werner is associate editor for Sleep Review. She can be reached at sleepreviewmag@allied360.com.

Greece Crisis: What Are the Effects of Sleep Deprivation on Decision-Making? 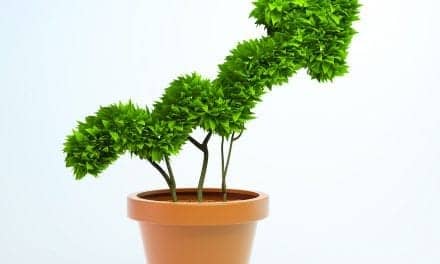