In an Augusta University conference, an expert discussed the notion that sleep disorders may raise the risk of suicidal thoughts and deaths, reports The Augusta Chronicle.

Rare clinical trials at AU for suicidal patients are looking for ways to treat underlying problems that could help lower that risk, Dr. Vaughn McCall told a conference at the Charlie Norwood VA Medical Center.

McCall, the chairman of the Department of Psychiatry and Health Behavior at AU, spoke at the Third Wounded Warrior Program, part of a collaborative effort between the university, the VA and Dwight D. Eisenhower Army Medical Center to focus on common problems for veterans and service members, such as post-traumatic stress disorder and traumatic brain injury. Suicide is a growing problem and McCall cited recent evidence from the Centers for Disease Control and Prevention that found it has risen overall since 1999 by almost 25 percent, and increased particularly among younger people.

Military service members used to have lower suicide rates than society overall but in just looking at the Army, those rates have been rising and exceeded the average in 2008, he said. While there is still debate on what’s causing it, at least one large national survey found a diagnosis of PTSD was “significantly associated” with increased risk of suicidal thoughts and attempts, according to the VA’s National Center for PTSD.

Many with PTSD struggle with sleep disorders such as nightmares but those disorders can also be risk factors on their own for suicidal thoughts and increase risk of suicide, McCall said. Many times the underlying problem has a physical basis in a hypervigilance that throws off the normal sleep cycle and other normal brain functions, he said.

Read the full story at www.augusta.com 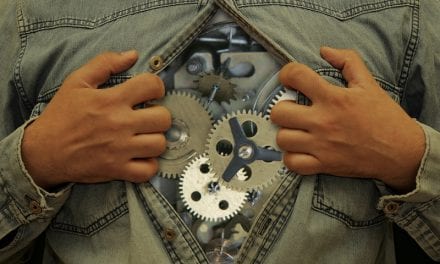 Can Listening to Whispers Help You Relax and Fall Sleep?