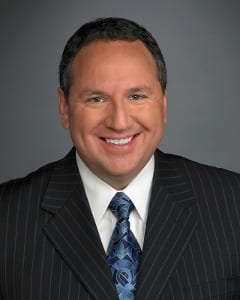 Kris Ketz, a Kansas City news anchor, shares his sleep study experience on air and how he was subsequently diagnosed with obstructive sleep apnea.

Millions of Americans may have a condition they don’t even know about that could take years off their life if untreated – and KMBC 9 News anchor Kris Ketz recently found out he has it, too.

Ketz suffers from obstructive sleep apnea, periods of interrupted breathing during sleep. It’s caused by a person’s tongue collapsing and blocking their airway. It may sound like snoring, but it’s the brain telling the body to take a breath.

She said she knew something was wrong, so she recorded video of Ketz sleeping.

“He was always a snorer, but I feel like in the last couple of years, it had gotten worse,” she said.

Ketz said he didn’t know how much worse it had become or how long he was going without breathing.

Dr. Jason Graff, a specialist in pulmonary disease and sleep disorders at St. Luke’s Hospital, got a look at Wright’s video. He decided to time how long Ketz was going without taking a breath.

Read the full story at www.kmbc.com