Sleep problems in PTSD aren’t related to fear but instead to a sense of safety, reports Science News.

Problems with sleep, including rapid-eye movement — or REM — sleep, have long been associated with PTSD. “We know that sleep difficulties in the weeks following trauma predict the development of PTSD, and we know that bad sleep makes PTSD symptoms worse,” says Sean Drummond, a clinical psychologist who studies sleep at the University of California at San Diego. Studies in rats show that exposing the animals to traumatic, fearful experiences such as foot shocks disrupts their REM sleep. Drummond and his research assistant Anisa Marshall wanted to connect those findings to humans. But he soon found out that in humans, it’s not fear that predicts REM sleep. Instead, it’s safety.

The scientists tested this in 42 people without PTSD using a measure called fear-potentiated startle. Subjects sit in a comfortable chair with an electrode on their wrists. A screen shows blue squares or yellow squares. If participants see blue squares, they run a high risk of receiving an annoying shock to the wrist. If they see yellow squares, they can relax; no shocks are headed their way. During this time, they will also hear random, loud bursts of white noise. The scientists measure how much the subjects startle in response to the noise by measuring the strength of their eyeblinks in response to the noise. In the presence of the blue squares, the blinks become much stronger, an effect called fear-potentiated startle. With yellow squares, the blinks weaken.

Video Inspired by ‘The Martian’ Tackles Real-Life Mystery: How to Sleep in Space

New Study Shows Floridians Get the Least Amount of Sleep 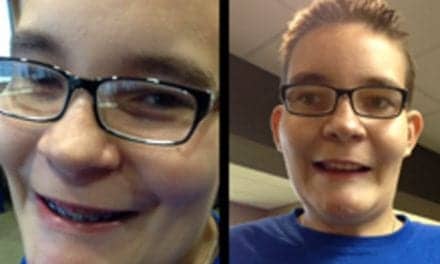