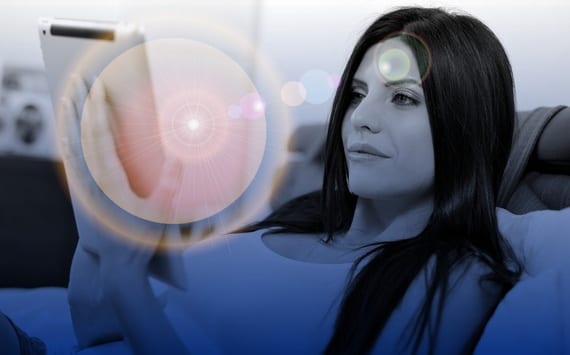 New research looks into how screens tells our brains to stay unnaturally alert, reports The Atlantic.

Chang and her team also measured a Kindle—the original, non-light-emitting Kindle—and it reflected the same wavelengths and intensities as a book, meaning it shouldn’t have negative effects on sleep and circadian rhythms in the same way as a lighted screen.

The blue shift is really what seems to distinguish the effect of screen light from that of typical ambient light. Our circadian pacemakers are in the hypothalamus, specifically the suprachiasmatic nucleus, which influences the release of melatonin from the pineal gland. And while we know that light exposure is critical to this process, research like this is a contribution to a still-basic understanding of how light affects that pacemaker: How much light, at what wavelengths, and by what source, has what effects on sleep cycles. Czeisler’s work has previously shown that even blind people experience a resetting of their circadian cycles in response to changes in light exposure, because the circadian-regulation pathway is distinct from the visual pathway, contingent only on the light-sensitive cells in the retina containing a pigment called melanopsin that reacts to light.