In a published paper, a group of researchers argue for new approaches in sleep research and suggest incorporating animals into sleep science, reports Phys.org.

To really understand sleep, we need to look beyond behaviour—and beyond the laboratory. In a research paper published in Trends in Ecology & Evolution, my colleagues and I argue that sleep research needs new approaches.

Specifically, integrating two fields of science: neuroscience (the study of the nervous system, including the brain) and ecology (the study of organisms in their environment).

Sleep is fundamentally a state of the central nervous system. Sleep has three main characteristics: reduced responsiveness, changes in brain activity and homeostatic regulation, meaning that lost sleep is recovered by sleeping longer and more deeply.

As far as scientists know, all animals sleep – but not necessarily in the same way humans do.

In humans, sleep is an easily recognisable behaviour. We usually lie down, close our eyes and barely move for hours at a time.

But recognising sleep in other animals can be more difficult. Some animals, like sloths, are often motionless when they are awake to avoid being detected by predators. Others, like cows, continue to stand and chew their cud while sleeping. Some birds have hundreds of short “microsleeps” across a 24-hour day.

Read the full story at www.phys.org

The Restless Quest for a Good Night’s Sleep 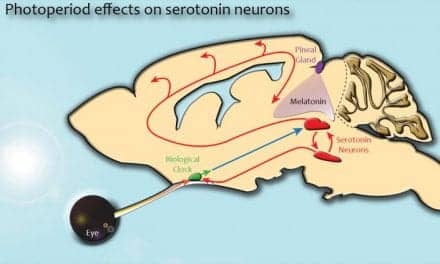