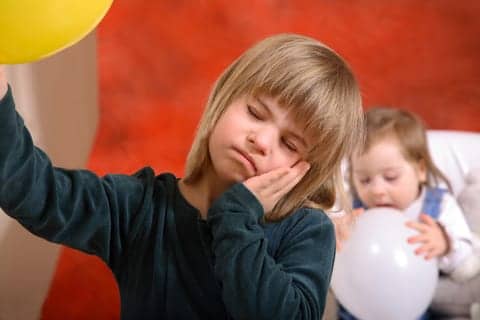 Narcolepsy is a much less mysterious disease than it once was, but the medical world remains poorly equipped to treat children with this condition. That’s unfortunate, as many people with narcolepsy—half, by some estimates— are thought to first present symptoms in their youth. With such high prevalence among children and adolescents, one might expect the treatment plans for childhood narcolepsy to be more robust than they are, particularly since managing the condition early could alleviate some of the hardships wrought by the disease later in life. But childhood narcolepsy still presents many challenges to the clinician trying to identify and treat it.

One reason the disease can be missed in children is that the symptoms must first be disentangled from other causes, says Sona Nevsimalova, MD, DSC, a professor of neurology in Prague. Excessive sleepiness could be masked by assumptions about young children’s greater need for sleep; it could also be an indication of poor sleep hygiene or sleep apnea. Even when cataplexy, a symptom harder to miss, is present, it can be confused with epilepsy, she says.

“Probably the most difficult distinction is between isolated narcolepsy (without cataplexy) and idiopathic hypersomnia,” she explained via email to Sleep Review. “Atypical hypnagogic hallucinations in older children can be misdiagnosed as schizophrenia, while apathy and depressiveness accompanying children’s narcolepsy may be mistaken for episodes of depression.”

She adds that children may find it difficult to explain their symptoms or might be too embarrassed to tell anyone about hallucinations.

Another barrier to diagnosis is a lack of validated diagnostic tools for kids. The most commonly used method of assessing excessive daytime sleepiness (EDS) is the Epworth Sleepiness Scale, often modified for children on a case-by-case basis. A standardized pediatric version of the scale, the ESS-CHAD, has been proposed. Other diagnostic methods may be inappropriate in children: spinal taps to check for hypocretin levels are off-putting for both children and their parents, and multiple sleep latency tests (MSLT) can be a challenge for children due to the test’s typical 9+ hour duration.

On the bright side, kids tend to be diagnosed more quickly than adults, within about 2 years 10 years in adults.

Once a child or adolescent is diagnosed, the clinician faces limited treatment options. Experts recommend strict sleep-wake schedules, with a set bedtime and multiple naps scheduled throughout the day. Children and adolescents with narcolepsy are also thought to benefit from plenty of physical activity, which can act as a stimulant to ward off sleepiness. They are also counseled to sit in the front row at school and to limit driving.

Clinicians also have an array of pharmaceutical options to try, but most are off-label for use in children, says Nevsimalova.

“The only exceptions are methylphenidate and atomoxetine, used in pediatric conditions such as ADHD, and therefore, some directions for dosage in children are available,” she writes. “However, clinical experience suggests that modafinil decreasing daytime sleepiness is an effective and safe treatment for pediatric narcolepsy comparable to adult patients and similarly, sodium oxybate used in childhood cases of narcolepsy with cataplexy is safe and well tolerated.”

Methylphenidate (one brand is Ritalin), amphetamines like Adderall, and neurotransmitter-acting drugs like atomoxetine and modafinil may be prescribed to overcome daytime sleepiness. Sodium oxybate (Xyrem) is thought to reduce cataplexy by inhibiting specific receptors in the brain. Modafinil and Xyrem are the most common drugs engaged in clinical trials in children, which includes a large international study currently underway testing Xyrem in children. As is the case in medicine in general, though, pediatric clinical trials are few and far between compared with adult trials.

Looking to the Future

The outlook for more, and better, options for children with narcolepsy is a good one. With improved understanding of the etiology of the disease and its genetic markers comes more innovative therapies, including immunotherapies that could modify the course of the disease if applied early enough (results so far are mixed).

Scientists also have more examples to study. A spike in the condition thought to be associated with the H1N1 flu and its vaccine, alongside an awareness campaign, has brought more children to the doctor’s office for early diagnosis.

In an interview with the National Institutes of Health, esteemed narcolepsy researcher Emmanuel Mignot, MD, confidently predicted that hypocretin replacement therapy will one day be the best treatment option for people with narcolepsy, akin to artificial insulin for people with diabetes.
Nevsimalova, too, thinks this will happen, but is less optimistic about ease of delivery and about time frame. She has followed patients from childhood to adulthood and says that many learn to handle the disease over time, even without medication. Ideally, scientists would be able to find a way to prevent narcolepsy at all, she says, but this is a “far off dream.”