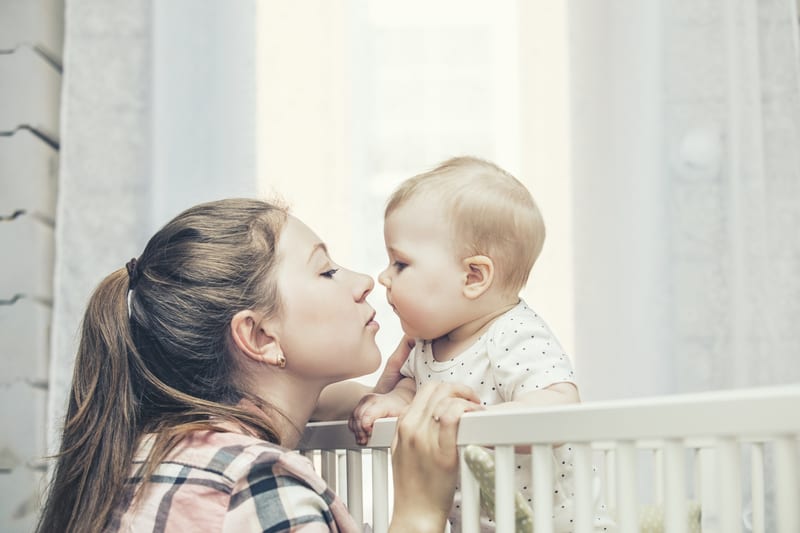 Children sleep more poorly if their mothers suffer from insomnia symptoms—potentially affecting the child’s mental well-being and development—according to research by the University of Warwick and the University of Basel.

Led by Sakari Lemola, PhD, from Warwick’s Department of Psychology and Natalie Urfer-Maurer from the University of Basel, the study reported in Sleep Medicine shows that children of mothers with insomnia symptoms fall asleep later, get less sleep, and spend less time in deep sleep.

Analyzing data from nearly 200 healthy 7-12 year old children and their parents, the researchers studied the relationship between the parents’ insomnia symptoms and their children’s sleep quality.

Sleep was assessed in the children during one night with in-home electroencephalography (EEG) while parents reported their own insomnia symptoms and their children’s sleep problems.

The researchers found that children whose mothers have insomnia symptoms fall asleep later, get less sleep, and spend less time in deep sleep, as measured by EEG.

However, there was no association between the fathers’ sleep problems and children’s sleep as measured by EEG.

The study suggests that the reason why children’s sleep is more closely related to mothers’ sleep than to fathers’ sleep is that, on average, mothers still spend more time with their children than fathers—and therefore, a stronger mutual influence is likely.

When parents reported their children’s sleep, both mothers and fathers with sleep problems more often reported that their children had difficulties getting into bed and did not sleep enough.

Sleep plays an essential role for adults’ and children’s well-being. Short sleep and poor sleep quality can affect mental health, learning, memory, and school achievement in children. In adulthood around 30% of people suffer from disturbed sleep. The most common sleep disorder in adulthood is insomnia, which is defined by symptoms such as difficulty falling or staying asleep at night.

“These findings are important because sleep in childhood is essential for well-being and development,” says Lemola in a release. “The findings show that children’s sleep has to be considered in the family context. In particular, the mother’s sleep appears to be important for how well school-aged children sleep.”

Third, it is possible that parents suffering from poor sleep show “selective attention” for their own as well as their children’s sleep problems, leading to increased monitoring of sleep. It is possible that increased monitoring and attempts to control sleep may negatively affect sleep quality. Finally, children may also share genes with their parents that predispose them to poor sleep.

The research, “The association of mothers’ and fathers’ insomnia symptoms with school-aged children’s sleep assessed by parent report and in-home sleep-electroencephalography,” is published in Sleep Medicine.

It co-authored by Rebekka Weidmann, Serge Brand, Edith Holsboer-Trachsler, Alexander Grob and Peter Weber, and was funded by the Swiss National Science Foundation.

When Seeking Life Insurance, Sleep Apnea Patients More Easily Insured Than in the Past