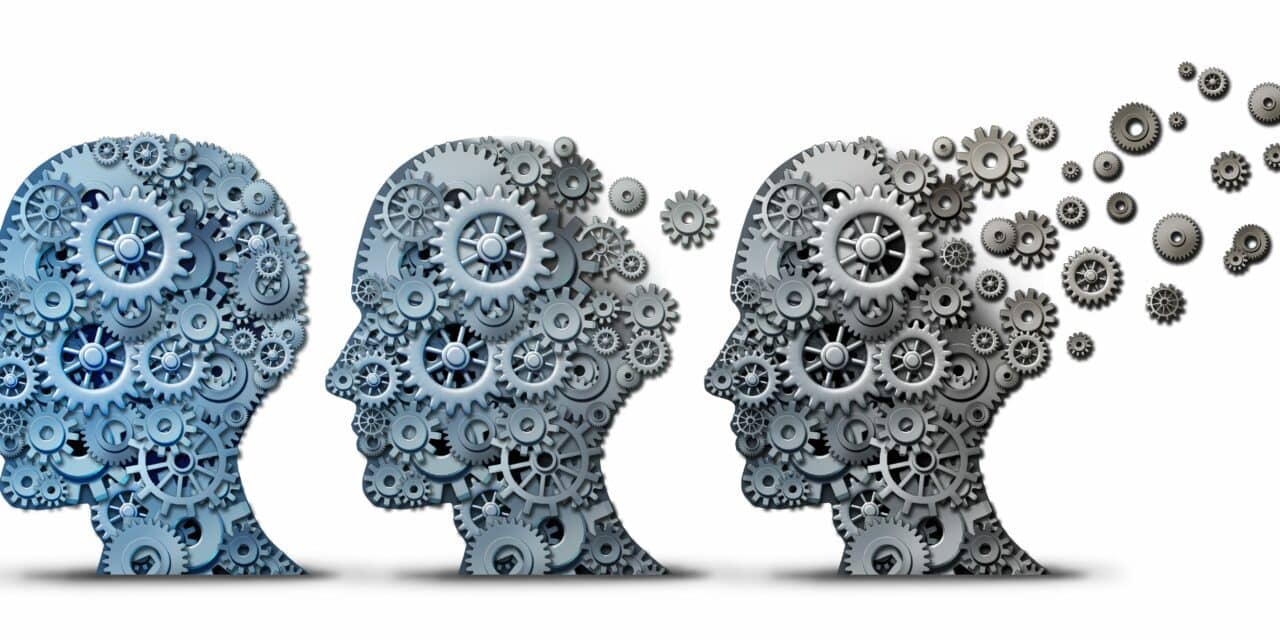 Alzheimer’s disease (AD) is multifactorial, with sleep disturbances linked to its pathology. A growing body of research in Alzheimer’s is focused on finding interventions that could potentially slow the process of cognitive decline in aging.

Preliminary findings from a recent study published in the journal Geriatrics suggest that reducing snoring—in this case, with an oral appliance—is tied with improved cognition. The study, led by researchers from the Center for BrainHealth at The University of Texas at Dallas and Texas A&M University, is promising but included only 18 individuals. A more extensive longitudinal study is planned to expand on these initial findings.

The researchers chose snoring, not obstructive sleep apnea (OSA), as their sleep-breathing criteria for several reasons. Citing a 2015 study, the researchers note that snoring presents with the highest hypercapnia state (112%), compared with stable breathing (108.4%) or even OSA (105.8%). And a 2016 study suggests that hypercapnia may be more important than hypoxia implication in neurocognitive impairment. What’s more, since sleep-disordered breathing tends to get worse over time and Alzheimer’s disease-related brain changes may start as early as childhood, snoring may represent an important milestone for effective Alzheimer’s interventions.

Study coauthor Emet Schneiderman, PhD, explains that as the brain continually forms and breaks connections through its synapses during the day, cellular debris is created, including amyloid beta and tau. In a brain that works correctly, these proteins are flushed out at night when the brain enters a slow wave sleep cycle.

But when sleep is interrupted—as occurs with disturbances such as snoring and OSA—the brain can’t do that housekeeping and the proteins begin to build up. That lack of brain clean up, along with physical dangers such as hypoxia, can lead to the protein fragments accumulating and forming amyloid plaques in the brain’s gray matter. A hallmark of Alzheimer’s, amyloid plaque accumulation—and how to prevent that—is “key,” says Schneiderman, a professor of biomedical sciences and director of the sleep research program at the Texas A&M University College of Dentistry.

Unfortunately, interventions that slow the progression of Alzheimer’s disease are lacking. And a recently approved medication, aducanumab (Aduhelm), has mixed evidence to support its efficacy, as well as is inaccessible to many due to its cost (estimated at as much as $56,000 a year) and since it can only be administered through intravenous infusions.

So the Texas pilot study focused on a much more accessible therapy that the researchers thought could potentially have an impact on Alzheimer’s: oral appliances to treat snoring. “We think that sleep is a really good target,” Schneiderman says.

Mark I. Boulos, BSc, MD, FRCPC, a staff neurologist (stroke & sleep) at Sunnybrook Health Sciences Centre (HSC), who was not involved in the study, says the premise of this pilot is on the right track. He says, “Can we treat sleep apnea in an effective and well-tolerated manner and that could potentially treat or stabilize the cognitive impairment that we see in these conditions?”

The answer to that may eventually be “yes,” because the preliminary results of the study were, in Schneiderman’s words, “pretty remarkable.”

For four weeks, study participants wore an oral appliance at night and snoring decreased. After the intervention period, cognitive function—especially in the domain of memory—no longer differed between healthy individuals and individuals with mild cognitive impairment. The team hypothesized that the Alzheimer’s group would improve cognitive performance, but the overall results in this group were insignificant after the treatment. Because some of the subjects with Alzheimer’s did show improvement in cognitive functions, further work is required to determine which individuals benefit versus those who do not, and why.

Boulos, who is also an assistant professor at the University of Toronto and acting medical director of Sunnybook Sleep Laboratory, sees advantages to using oral appliances (versus CPAP therapy) in this study.

Schneiderman found that in the population his team studied, the adherence rate with using an oral appliance was as high as 83%. He did note the high adherence (compared to commonly cited CPAP statistics) could have been influenced by the high motivation of those with mild cognitive impairment to improve their symptoms.

The researchers selected the myTAP oral appliance with mouth shield for this pilot.

The device is a professional or patient-fitted midline traction design oral appliance that uses a silicone sleeve fitted over the midline mechanism to retain its position in the oral vestibule, according to W. Keith Thornton, DDS, inventor of the TAP (“Thornton Adjustable Positioner”). It utilizes an upper and lower tray made of ThermAcryl coupled at a single-point midline mechanism that allows for 0.3 mm incremental advancement.

A silicone mouth shield fits over the device and encourages breathing through the nose. “We believe that nose breathing is important for proper sleep, and mouth breathing has a lot of disadvantages,” Schneiderman says.

Audrey Duarte, PhD, a professor and associate chair of undergraduate education in the School of Psychology at the Georgia Institute of Technology, who was not involved in the study, points out that individuals with Alzheimer’s disease also commonly become agitated or anxious during the night, before bedtime, and when they awaken at night, which can also contribute to sleep disruptions. What’s more, sleep apnea can be an early indicator of Alzheimer’s pathology, even before cognitive signs of dementia are detectable, so addressing sleep disruption early is important.

While a large majority of individuals with Alzheimer’s do have a history of sleep apnea, the presence of sleep apnea alone does not necessarily mean a diagnosis of Alzheimer’s lies in the future. “Not everyone that has apnea has AD pathology and many may never develop Alzheimer’s disease,” Duarte says.

The answer to those questions, say Boulous and Schniederman independently, is it’s a little bit of everything. But there is a clear establishment of sleep apnea as a risk factor for cognitive impairment, even in individuals who are cognitively normal. And most importantly, adds Boulous: sleep apnea is a reversible risk factor. So the introduction of a low cost, simple intervention for reversing sleep apnea is a worthwhile focus for future research.

“Any treatment that is inexpensive and with little to no side effects that actually works to improve cognition in Alzheimer’s disease is a game changer,” Duarte says. “I look forward to more longitudinal work in this area in larger samples to see if this treatment could delay or prevent Alzheimer’s disease.”

While promising, the study did have some significant limitations. It was a very small pilot study, with only 18 participants. Additionally, it wasn’t randomized. Schneiderman and his team do have a larger study in the works to further examine the link between cognitive impairment and obstructive sleep apnea and how a dental device may be helpful in reducing risk and improving symptoms.

Overall, Schneiderman hopes the pilot is just a start in pushing for more research that may help implement simple solutions for sleep-disordered breathing that could have a significant impact on slowing the development of cognitive impairment and other medical conditions.

“Sleep apnea is a big risk factor for other complications such as cardiovascular disease and diabetes, in addition to dementia,” he says. “There are many reasons we want to properly control sleep-disturbed breathing. We hope this study brings into the forefront that early intervention in people who may be at risk for Alzheimer’s should be looked at.” 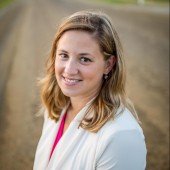