The US Food and Drug Administration (FDA) has approved an expanded age range for Inspire Upper Airway Stimulation Therapy for obstructive sleep apnea to include 18-21 year old patients, as compared to the previous minimum age requirement for patients to be 22 years old. Following a detailed review of the clinical evidence and iterative discussions with the FDA, Inspire believes that this is the initial step in the pediatric approval process, with further expansion to lower age groups possible.

“This expanded approval represents meaningful progress in making Inspire therapy available to the pediatric population. The FDA and Inspire worked collaboratively to include the 18-21 year old population within the existing indication, and in the process, identified the key measures that could lead to making Inspire available to the teenage population,” says Tim Herbert, president and CEO of Inspire Medical Systems, in a release. “We will conduct additional research on the specific characteristics of OSA in the pediatric population, including continuing the ongoing clinical study for adolescents with Down Syndrome.”

Inspire therapy will immediately be available in the United States for patients 18 years of age and older with moderate to severe OSA who are not able to benefit from CPAP. The primary procedure for this population today is a tonsillectomy, and the FDA’s indication provides guidance for attending physicians regarding patient selection. 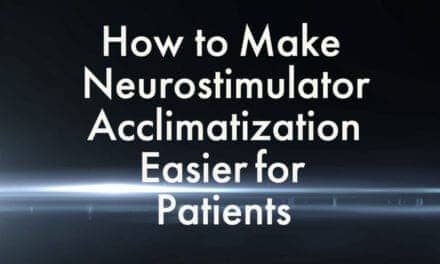 How to Make Neurostimulator Acclimatization Easier for Patients