A new study suggests that light treatment tailored to increase circadian stimulation during the day may improve sleep, depression, and agitation in people with Alzheimer’s disease and related dementia.

“It is a simple, inexpensive, non-pharmacological treatment to improve sleep and behavior in Alzheimer’s disease and dementia patients,” says principal investigator Mariana Figueiro, PhD, associate professor and Light and Health program director of the Lighting Research Center at Rensselaer Polytechnic Institute in Troy, NY, in a release. “The improvements we saw in agitation and depression were very impressive.”

The research abstract was published recently in an online supplement of the journal Sleep and was presented Monday at SLEEP 2014.

The pilot study involved 14 nursing home patients with Alzheimer’s disease and related dementia. A light source producing low levels of 300 to 400 lux of a bluish-white light with a color temperature of more than 9000 K was installed in the residents’ rooms. Light exposure occurred during daytime hours for a period of 4 weeks. Light-dark and activity-rest patterns were collected using a calibrated instrument prior to and after the lighting intervention. Measures of sleep quality, depression, and agitation also were collected using standardized questionnaires.

Figueiro adds that the improvement in sleep quality also was associated with other noticeable behavioral changes.

“Subjective reports by the nursing staff were that the patients were calmer, eating better, and their overall behavior was more manageable,” she says.

According to the Centers for Disease Control and Prevention, Alzheimer’s disease is the most common form of dementia among older adults, affecting as many as 5 million Americans. 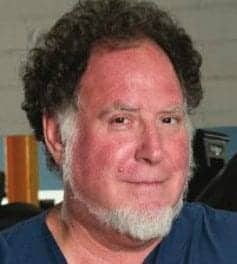 Seven Ways You Are Hurting Your Sleep This Summer