Exposure to blue light could be a clinically effective treatment for consolidating rest/activity rhythms of Alzheimer’s disease patients, which can also benefit caregivers in institutions and at home.

Alzheimer’s disease (AD) is a progressive, degenerative disease of the brain and the most common form of dementia among older adults. There is no known cure and very few effective treatments for the disease. The Alzheimer’s Association conducted a national survey in 1993 and found that 4 million Americans suffer from the disease. One in 10 persons over the age of 65 and nearly half of those over age 85 currently have AD. The Alzheimer’s Association predicts that more than 14 million Americans will have AD by the middle of this century. More than seven out of 10 people with this disease live at home. Family members and friends provide almost 75% of the home care and a person with AD lives an average of 8 years after the onset of symptoms—some living as many as 20 years or more.

Figures 1A and 1B. Experimental design and apparatus.

Several sleep disturbances associated with AD have been characterized.1 Increased duration and frequency of awakenings, decreased slow-wave sleep (SWS) and rapid eye movement (REM) sleep, and daytime napping are common in people with AD. Sleep disturbances in people with AD may be related to changes in the suprachiasmatic nucleus (where the master biological clock is located), which is central to circadian regulation of such behaviors as the sleep/wake cycle. Shifts in the sleep/wake cycle can be severe and may lead to a complete sleep/wake cycle disruption. It is estimated that in later years of the disease, patients spend approximately 40% of their time at night awake and a significant amount of their daytime hours asleep.1 This aperiodic pattern of behavior is very difficult for caregivers who must be vigilant to the needs of AD patients because they are usually on a normal, 24-hour, circadian pattern of rest and activity.

Clinical research has shown that exposure to very bright light in the day and darkness at night can consolidate rest and activity patterns in AD patients.2 This clinical research was based on more basic studies of circadian regulation by light exposure in animals and humans.3,4 This large and growing body of research shows that bright light during the day is a powerful means of entraining natural circadian rhythms in all species, including humans. Depending on the timing, duration, intensity, and spectrum of the light, circadian rhythms can be synchronized or desynchronized (phase advanced or phase delayed) with the natural, 24-hour, daylight/darkness pattern.

Very recent research has shown that the spectral sensitivity of the circadian system is very different than the spectral sensitivity of the retina used in visual activities such as reading and used to measure light in illuminating engineering. Very short wavelength (blue) light is maximally effective at affecting the circadian system5-7 whereas middle wavelengths (yellow-green) are maximally effective for visual performance.

Based on our knowledge of advanced lighting technologies and our understanding of neurophysiology and psychophysics of the human retina, we undertook a pilot study to determine if exposure to blue light from light emitting diodes (LEDs) could have a clinical impact on AD patients.

Methods
The 6-week study was conducted in February and March of 2002 in a senior health care facility in Clifton Park, NY. The experiment was approved by Rensselaer’s Institutional Review Board and consent forms were signed by the caregivers, family members, and patients (two out of four were able to sign them). The four AD patients who participated in the study exhibited a wide range of symptoms from very mild to severe. Patients followed their normal routine except they were brought to a common room for 2 hours between 6:00 pm and 8:00 pm. This 2-hour period was just prior to the time they were normally taken to their rooms to sleep for the night. The common room was furnished with a couch, a table and chairs, a television, some reading materials, and games. The room was illuminated to approximately 300 lux on the table by ceiling fixtures containing fluorescent lamps. Two experimenters interacted with the patients during the evening 2-hour sessions.

After 2 weeks of acclimation to the 2-hour sessions, patients were exposed to tabletop light fixtures containing red LEDs each evening for 10 days (Figures 1A and 1B). These light fixtures produced approximately 30 lux at the cornea of the patients, but this illuminance could not be rigidly controlled due to random sleep periods, agitation, and absence from the room due to other unrelated, clinical conditions. The red-light exposure condition was introduced as a control because red light at this illuminance should not be effective in activating the circadian system. The red-light exposure was followed by 10 days of blue-light exposure, again producing approximately 30 lux at the cornea of the patients from a tabletop light fixture. It was expected that this condition would be effective for activating the circadian system. The last 10 days was another control condition where the patients went back to their daily routine and data were collected after 6 days. Like the red-light exposure, this condition was not expected to be effective in activating the circadian system. These expectations concerning the different light exposures were based on calculations using the spectral sensitivity of the circadian system5,6 and the dose response curve for melatonin suppression at night.7

Figure 2. Aggregate temperatures for all four subjects.
Decline of body temperature was delayed by
approximately 2 hours, which is consistent with the
timing of the light exposure.

Figure 3. Sleep quantity for all subjects. Subjects slept
better between 2:00 am and 4:00 am after blue-light
exposure compared to red-light exposure.

Dependent Variables
Tympanic temperatures and observations of sleep were obtained from nurses during the last 4 nights of the red-light, blue-light, ambient-only lighting conditions. These data were obtained at approximately 10:00 pm, 12:00 am, 2:00 am, 4:00 am, and 6:00 am from all four patients. Two patients, one with very mild symptoms and one with severe symptoms, were fitted with wrist-worn devices that measured activity during the 6-week study.

Results
Consistent with the clinical diagnoses, the patients exhibited a wide range of dementia from very mild to quite severe. The more severe patients exhibited random periods of agitation and calm of wakefulness and sleeping, and they often demonstrated concern over missed appointments and loved ones. The more severe patients also showed incomplete participation during the appointed 2-hour session due to severe agitation, incontinence, or other problems so exposure to the test lighting conditions was irregular during the three exposure periods.

The results obtained with this pilot study were very encouraging. Even though the data were variable, we found the following:

Together, these findings indicated that exposure to blue light consolidated their rest/activity periods and sleep relative to the exposure to red light or typical ambient lighting. Blue light might be a clinical, effective treatment for consolidating rest/activity rhythms of AD patients, which can also benefit caregivers in institutions and at home.

It should also be noted that it was expected that the “no stimulus” condition would have results similar to the red light conditions. The results showed, however, that the “no stimulus” (ambient-only lighting) condition results were in between the blue and the red light exposure results. A study presented in a recent conference8 showed that an aftereffect of the light treatment can persist for a few weeks. This could be an acceptable explanation for the results we found in the present pilot study, and offers an important direction for further clinical research.

Next Steps
The Lighting Research Center (LRC) proposes to apply the pilot results and this new technology in another senior facility, using more patients over a larger period of time. The LRC is proposing to work with LED manufacturers to develop a practical lighting technology (a portable light fixture) that can be tailored to an individual AD patient’s behavior pattern. This research is important because if the results are positive, it can be translated into practical guidelines that can be used by caregivers and family members caring for people with AD. This study can also be used to inform the design of multi-institutional clinical trials that will further expand understanding of the effectiveness of blue light exposure on consolidating the rest/activity rhythms of people with AD. Moreover, these data could be used to develop practical lighting products that could effectively improve the quality of life for caregivers of people with AD in homes and in institutions.

Acknowledgement
This pilot study was sponsored by the Lighting Research Center. The authors would like to acknowledge the Schuyler Ridge Nursing Home staff and nurses for offering the site for the study. Meredith Roberts (Russell Sage College), Eus van Someren (Netherlands Institute for Brain Research), and Bernardo Possidente (Skidmore College) are also acknowledged for their support during the experiment and data analysis. 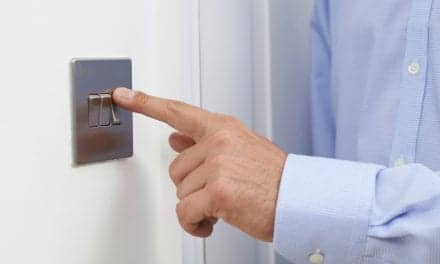