Disposable Micro-CPAP That Weighs Less Than One Ounce?

Entrepreneur Stephen Marsh—who currently has more than 75 patents to his name—is the founder behind Airing LLC, a company that next month will seek funding for what it says is a disposable micro-CPAP device that weighs less than an ounce, fits in the nose, and has no cords or hoses. Airing says the device will address pervasive concerns about obstructive sleep apnea patients’ CPAP noncompliance.

Airing’s design includes battery powered “micro-blower” technology that blows the amount of air pressure prescribed by the patient’s physician into the airway to effectively treat OSA.

While conducting research in another field, Marsh saw the applicability and need for a new CPAP solution due to a personal connection with the dangers of breathing disorders. Marsh then shared his design and concept with medical professionals and knowledgeable medical experts in the area of breathing disorders, all of whom, he says, fully endorsed his approach and proposed solution.

“I think it’s going to be wonderful for people. For the first time we have a treatment that patients will be willing to use. I think Airing will have a tremendous impact,” says Jeffrey Bass, MD, of Brigham & Women’s Hospital and a member of Airing’s medical advisory board, in a release. 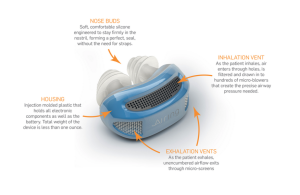 The solution is the result of Marsh’s research in the area of micro-fluidic pumps in the micro electro mechanical systems (MEMS) space, which identified a host of inefficiencies and limitations with current solutions and led to Marsh’s design for a better micro-fluidic pump design, a design that works just as well moving air. The “micro-blowers” solution in Airing benefits from advances in the “Roll to Roll” (R2R) manufacturing process, which allows for inexpensive mass manufacturing of the solution, and which will allow Airing devices to be low-cost and disposable.

“As someone with a family member who suffers from sleep apnea (my brother), I understand the potential serious health impacts of this condition,” Marsh says. “As a result of recent research, I realized that current pumps possess several deficiencies which severely limit their effectiveness and saw an opportunity to apply a new design to these pumps that could be used in a variety of ways, including treating breathing disorders. The result is a solution that we believe has the potential to address this area, and to help a large number of people live better, healthier lives.”

Airing plans to launch on crowdfunding site Indiegogo in June. The company’s website states: “Sale of the Airing micro-CPAP is subject to FDA approval.” 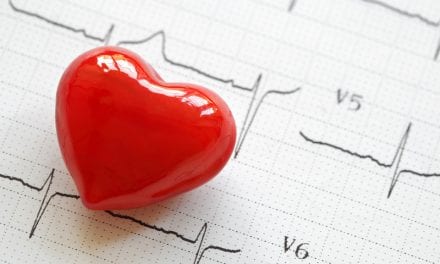