New research from the Ohio State University Wexner Medical Center is encouraging those with obstructive sleep apnea (OSA) to sleep in a very dark room. The study shows exposure to even minimal amounts of light during the night can interact with OSA and lead to increased depression and anxiety in mice. The American Journal of Physiology – Regulatory Integrative and Comparative Physiology recently published results of the research online.

“Although it is unclear at the present time whether sleep apnea causes depression, both conditions are commonly seen together in patients. Our research suggests that sleeping even with a minimum amount of light may increase symptoms of depression in those with sleep apnea,” said Dr. Ulysses Magalang, director of Ohio State’s Sleep Disorders Center and a co-author of the study.

During the study, researchers placed mice in sleep apnea-like conditions by repetitively lowering oxygen levels to mimic sleep apnea. Half were kept in normal lighting conditions during the day and total darkness at night. The other half was exposed to dim light at night using a 40-watt light bulb. The group in dim light had higher anxiety behaviors and more depressive behaviors than the mice kept in the dark environment.

“Not only were these changes observed during field and maze tests, but we also recorded physical changes, including a reduction of cell size in the hippocampus, an area of the brain important in memory and spatial navigation,” said Taryn Aubrecht, first author of the study and a neuroscience graduate student at Ohio State.

“The combination of dim light exposure and sleep apnea appears to result in increased depressive and anxiety-like behaviors in mice, so limiting exposure to light at night could be a very simple strategy to help patients with sleep apnea,” Magalang said. “We’re currently exploring further human testing.”

In an effort to ensure a more effective night’s sleep, Magalang suggests those with OSA use room-darkening drapes or shades on windows to block outside light; turn off the television, computer, and other electronic devices before going to sleep; and choose clocks or night lights with red lighting instead of blue or green. 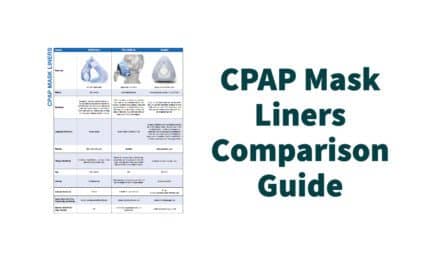