The US Food and Drug Administration (FDA) has granted Breakthrough Therapy designation for Axsome Therapeutics Inc’s AXS-12 for the treatment of cataplexy in patients with narcolepsy. AXS-12 is an oral, highly selective and potent norepinephrine reuptake inhibitor. Axsome previously received Orphan Drug Designation from the FDA for AXS-12 for the treatment of narcolepsy.

A Breakthrough Therapy designation is granted to potentially expedite development and review timelines for a promising investigational medicine when preliminary clinical evidence indicates it may demonstrate substantial improvement on one or more clinically significant endpoints over available therapies for a serious or life-threatening condition. The Breakthrough Therapy designation for AXS-12 for the treatment of cataplexy in narcolepsy was supported by the positive results from the Phase 2 CONCERT study, a randomized, double-blind, placebo-controlled, crossover, multicenter US trial. In the trial, 21 patients with a diagnosis of narcolepsy with cataplexy were treated for 2 weeks with AXS-12 or with placebo, followed by a crossover to the other treatment after a 1-week down-titration and washout period. AXS-12 met the primary endpoint demonstrating a highly statistically significant reduction from baseline in the mean weekly number of cataplexy attacks, averaged for the 2-week treatment period (overall treatment effect), as compared to placebo (p<0.001), and at the end of the 2-week treatment period (p=0.002). AXS-12 also significantly improved EDS compared to placebo, as measured by the Epworth Sleepiness Scale (ESS) and by the frequency of inadvertent naps (p=0.003 and p<0.001, respectively). In addition, AXS-12 significantly improved cognitive function compared to placebo over the 2-week treatment period as measured by the Ability to Concentrate item of the Narcolepsy Symptom Assessment Questionnaire (p<0.001). AXS-12 was well tolerated in this trial with the most commonly reported adverse events being anxiety, constipation, and insomnia.

“This FDA Breakthrough Therapy designation for AXS-12 for cataplexy in narcolepsy highlights its potential, should it be successfully developed, to provide meaningful benefit and substantial improvement over currently available treatment options for patients living with this debilitating condition. We are excited by the burgeoning profile of AXS-12 which has also received Orphan Drug designation for the treatment of narcolepsy,” says Herriot Tabuteau, MD, CEO of Axsome, in a release. “Axsome has now received three FDA Breakthrough Therapy designations, including designations for AXS-05 in major depressive disorder and for AXS-05 in Alzheimer’s disease agitation. These designations exemplify our commitment to developing potentially life-changing medicines for patients with difficult-to-treat CNS conditions, our innovative approach to clinical development, and our resulting differentiated and broad late-stage CNS pipeline. We look forward to meeting with the FDA as soon as possible to discuss the continued development of AXS-12 in light of this significant milestone.” 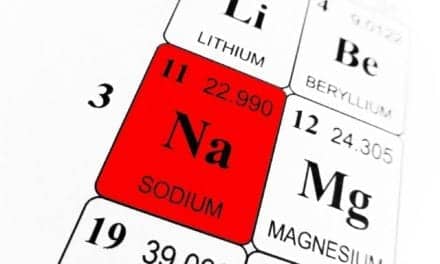 FDA Accepts NDA for Low-Sodium Alternative to Xyrem for Narcolepsy