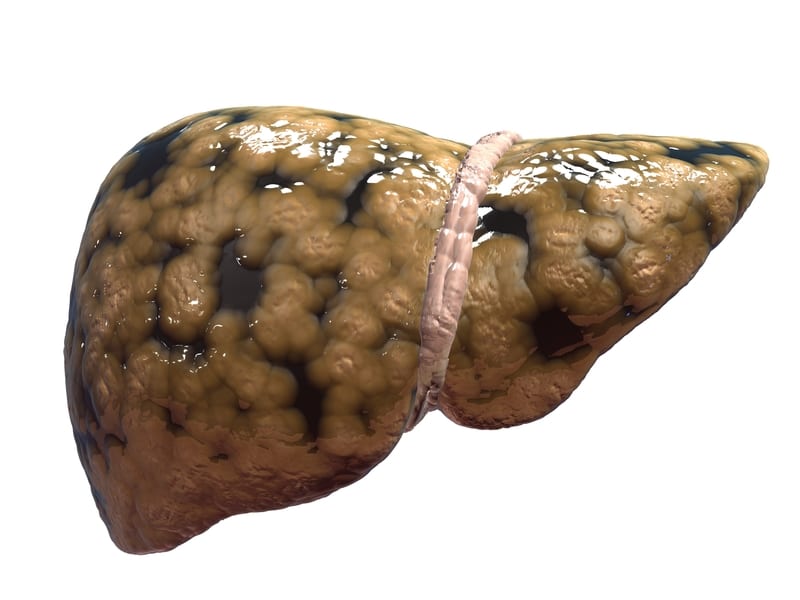 Studies have shown that obstructive sleep apnea and low nighttime oxygen, which result in oxidative stress, are associated with the progression of non-alcoholic fatty liver disease (NAFLD) in adults. Investigators have now established that these factors may also be important triggers in the progression of pediatric NAFLD to non-alcoholic steatohepatitis (NASH), according to a report in the Journal of Hepatology.

Non-alcoholic fatty liver disease (NAFLD) is the accumulation of extra fat in liver cells in people who drink little or no alcohol. It is estimated to affect up to 30% of the general population in Western countries and up to 9.6% of all children and 38% of obese children across a spectrum of disease, including isolated hepatic steatosis, non-alcoholic steatohepatitis (NASH, defined as steatosis, hepatocyte ballooning and inflammation), and cirrhosis. This parallels the growing incidence of obesity and type 2 diabetes, and is now considered to be the hepatic component of metabolic syndrome. Although isolated hepatic steatosis is considered a less aggressive form of NAFLD, patients with NASH can eventually progress to severe fibrosis and cirrhosis, with development of hepatocellular carcinoma in adults.

“There is emerging evidence that obesity-related obstructive sleep apnea (OSA) and intermittent nocturnal hypoxia are associated with NAFLD progression,” says lead investigator Shikha Sundaram, MD, MSCI, of the Children’s Hospital Colorado, University of Colorado School of Medicine, in a release. “According to recent reports, pediatric NAFLD patients with OSA/hypoxia have more advanced liver disease and fibrosis, supporting a role for OSA/hypoxia in the development of NASH. However, the mechanisms underlying this relationship have not yet been explained.”

Investigators studied 36 adolescents with NAFLD, along with 14 lean controls, to assess if oxidative stress induced by obstructive sleep apnea and low nighttime oxygen promoted the progression of pediatric NAFLD. Children cared for in the Children’s Hospital Colorado Pediatric Liver Center between June 2009 and January 2014 were eligible for this study if they had suspected NAFLD and were scheduled to undergo a clinically indicated liver biopsy. NAFLD patients had significantly raised aminotransferases (a marker of hepatocellular injury), inflammatory markers, and evidence of metabolic syndrome, compared to lean controls.

Patients underwent a standard multi-channel sleep study (polysomnogram), which was scored by a research trained technician and interpreted by a single sleep medicine physician, both of whom were blinded to the liver biopsy results.

Investigators found that patients with the most severe NAFLD experienced more severe sleep-disordered breathing and significantly higher apnea-hypopnea index (AHI) scores compared to those with less severe NAFLD. Patients with OSA/hypoxia also had more severe fibrosis or scar tissue in their livers than those without OSA/hypoxia. They also found a clear correlation between severity of the indexes of oxidative stress both systemically and in the liver and the severity of the indexes used to evaluate OSA. The two populations of obese NAFLD adolescents did not differ for other relevant serum liver indexes and liver histology scores.

“These data show that sleep-disordered breathing is an important trigger of oxidative stress that promotes progression of pediatric NAFLD to NASH,” says Sundaram. “We showed that obese adolescents with NAFLD who have OSA and low nighttime oxygen have significant scar tissue in their livers, and that NAFLD patients affected by OSA and low nighttime oxygen have a greater imbalance between the production of free radicals and their body’s ability to counteract their harmful effects than subjects without OSA and low oxygen.

In an accompanying editorial, Maurizio Parola, PhD, of the Department of Clinical and Biological Sciences, Unit of Experimental Medicine and Clinical Pathology, University of Torino, Italy, and Pietro Vajro, MD, of the Department of Medicine and Surgery, Unit of Pediatrics, University of Salerno, Italy, commented, “The study by Sundaram and colleagues has merit and outlines a number of further relevant issues and perspectives. The investigators reported significant relationships between blood hematocrit (Hct) and NAFLD fibrosis stage, and anti-oxidant blood values, and between NAFLD and lipid peroxidation parameters. Their combined evaluation should help in deciding whether histological and polysomnographic evaluation are needed in order to recognize adolescent patients with more severe NAFLD and/or more severe OSA and hypoxia earlier.”

“We definitely need trials designed to investigate whether CPAP treatment may significantly affect NAFLD progression in this age range. The only randomized controlled trial was of relatively short duration, performed on adult patients with mild OSA/hypoxia and normal baseline transaminases, and apparently did not demonstrate any impact on steatosis, NASH or liver fibrosis,” they observed.

Don’t Lose Sleep Over Apnea, But Treatment Is Crucial