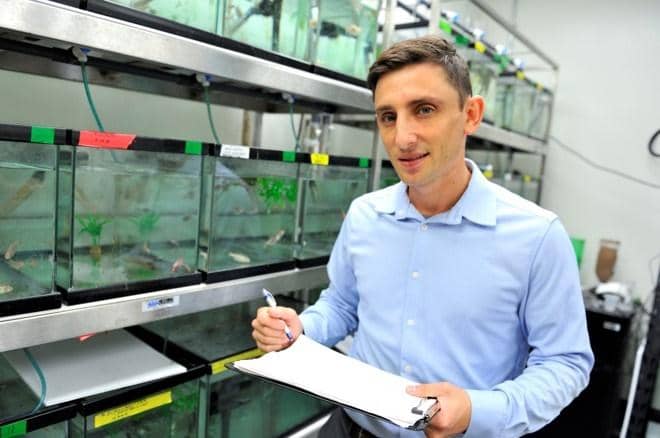 Alex Keene, PhD, an associate professor in FAU’s Charles E. Schmidt College of Science and a Jupiter Life Science Initiative  faculty member, is working together with fellow principal investigators, Suzanne McGaugh, PhD, an assistant professor in the College of Biological Sciences at the University of Minnesota, and Nicolas Rohner, PhD, an assistant investigator at Stowers Institute for Medical Research, on this collaborative project that utilizes genomic and transgenic technology in Mexican cavefish (Astyanax mexicanus) to identify genetic loci that contribute to sleep, feeding, and metabolism.

“The Mexican cavefish exhibits a dramatic evolution of sleep loss, hyperphagia or overeating, and obesity compared to a surface fish of the same species,” Keene says. “They provide a unique and powerful model for identifying genetic factors regulating these traits.”

As a result of living in total and permanent darkness in a small location in northeast Mexico, the eyeless, tiny blind Mexican cavefish has evolved sleeplessness, requiring far less sleep than their river-dwelling relatives. These fish have been studied for nearly 100 years for their fascinating traits, yet little is known about how their behavior evolves. Because of their lack of sleep, they provide a great model to study human sleep disorders such as insomnia.

“Because the cave environment differs dramatically from the rivers inhabited by surface fish, cavefish have evolved robust differences in foraging and feeding behavior, raising the possibility that differences in nutrient availability contribute to the evolution of sleep loss in cave populations,” Keene says. “Furthermore, multiple cave populations have evolved substantial reductions in sleep duration and enhanced sensory systems, and our prior research suggests that sleep loss is evolutionary and functionally associated with sensory and metabolic changes.”

There are more than 29 different populations of cavefish and many of them evolved independently. Keene and his research team have generated transgenic fish lines and are able to image brain activity and genetically map anatomical differences between these Mexican cavefish populations.

Beyond their immediate scientific goals, Keene, McGaugh, and Rohner will establish transgenic and genomic tools and techniques to provide a valuable resource that can be applied to address questions beyond the scope of the grant project, including investigating eye-degeneration and autism.

Jupiter Life Science Initiative is aimed at building educational and research capabilities in the life sciences on FAU’s John D. MacArthur Campus in Jupiter and is a collaborative effort between the Charles E. Schmidt College of Science and the Harriet L. Wilkes Honors College.

Employees in These Industries Admit to Sleeping at Work 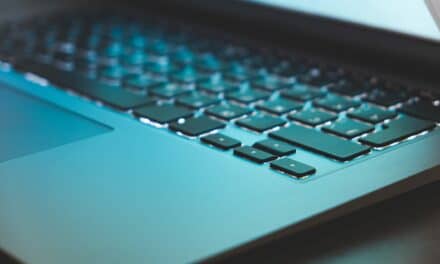 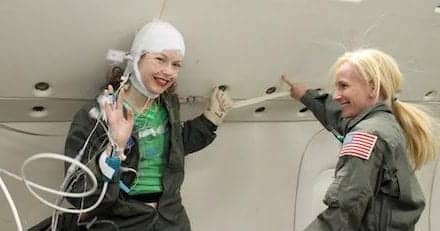