Chronic pain associated with fibromyalgia can have a profound effect on patients’ sleep.

Fibromyalgia syndrome is a rheumatologic condition of unknown etiology and in earlier literature was also known by the term fibrositis. The overall prevalence in the United States is 2.0%, 3.4% in women in whom it is more prevalent, and 0.5% in men. It is a significant source of suffering, with approximately one quarter of all patients receiving disability payments. While the cause is unknown, neuroendocrine dysfunction is believed to be central to etiology, especially the hypothalamic-pituitary-adrenal axis as well as autonomic nervous system alterations. The American College of Rheumatology (ACR) classification criteria for fibromyalgia include diffuse soft tissue pain of at least 3 months’ duration and pain on palpation in at least 11 of 18 paired tender points. Symptoms are often exacerbated by exertion, stress, lack of sleep, and weather changes. Fibromyalgia is primarily a diagnosis of exclusion, established only after other causes of joint or muscle pain are ruled out.1

Knowledge of the abnormalities in the sleep process improves our understanding of the disease and leads to a better treatment of the patients. Various reports estimate that somewhere between 40% and 96% of patients with fibromyalgia complain of sleep disturbance, and certain sleep disruptions were considered as part of early diagnostic criteria before the ACR criteria were developed. The sleep that patients do experience is described as nonrestorative, and daytime fatigue is often present.2 The complaints of sleep disturbances are correlated with polysomnographic features showing clear abnormalities in the continuity of sleep as well as in the sleep architecture. Nonrestorative sleep or waking feeling unrefreshed is a common complaint in patients with fibromyalgia. They often describe their sleep as being so light that any noise may awaken them, or they may be so restless that they are conscious of dreaming or thinking during their sleep time.3 These patients also tend to experience diffuse stiffness, aching, and fatigue, even when they have slept 6 to 8 hours.3 Patients complain of having insomnia and early morning awakenings and perceive their sleep to be of poor quality, whereas healthy controls generally report sleeping well and feeling well rested, clear headed, and satisfied with their sleep upon awakening. Affleck et al4 found that poor sleepers tended to report significantly more pain than women with a relatively high quality of sleep. Moreover, the ratings indicated that a night of poor sleep tended to be followed by a significantly more painful day and that a painful day tended to be followed by a night of poor sleep.3 This study supports the hypothesis that nonrestorative sleep may exacerbate pain in patients with fibromyalgia. It has been reported that these mood and cognitive disturbances are associated with sleep abnormalities.

Polysomnographic findings in patients with fibromyalgia, relative to healthy individuals, include lower amounts of slow-wave sleep corrected for age, REM sleep, and total sleep time as well as a higher number of arousals and awakenings, long awakenings (>10 minutes), and an EEG pattern of alpha waves superimposed on sleep EEG. Alpha waves (8–13 Hz) are associated with relaxed wakefulness (with eyes closed) and intrude upon the sleep EEG in patients with fibromyalgia.5,6 This alpha-delta EEG anomaly has been implicated in the pathophysiology of this disorder. More than 75% of patients with fibromyalgia experience a nonrestorative sleep pattern,2 most likely due to intrusion of faster alpha waves during non-REM sleep (stages 2, 3, and 4). Although alpha-wave intrusion has been reported in normal persons, dysthymic persons, and persons with postaccident pain, this alpha-wave non-REM sleep may occur with increased frequency in patients with fibromyalgia.5,6 Sleep efficiency is low with an increase in awakenings and non-REM. Moreover, other microstructural aspects of sleep were modified with a high frequency of arousals and alpha-K complex reported, both indicators of fragmented sleep. Fibromyalgia symptoms may relate to a nonrestorative sleep disorder associated with the alpha-EEG sleep anomalies. However, alpha-EEG sleep anomaly is nonspecific for fibrositis; it is also seen in normal controls during stage 4 sleep deprivation. Disturbance of sleep physiology with an increase in periodic leg movements during sleep and the number of apneas was also seen in some studies, but only in selected patients. Moldofsky7,8 has suggested that both pain and sleep disturbances in fibromyalgia could be related to low serotonin in the central nervous system. Low serotonin might be related to disrupted pain perception via substance P since it is elevated in fibromyalgia. Low serotonin levels are also found when stage 4 sleep is depressed. The sleep disturbances in fibromyalgia have also been related to growth hormone secretion, and lower levels of growth hormone-related peptide have been found in these patients. As most growth hormone is produced pulsatively mainly during slow-wave sleep (SWS=non-REM 3+4), disturbances of this sleep stage may result in decreased secretion of growth hormone.9

The treatment of patients with fibromyalgia requires a proper assessment of the reason for the unrefreshing sleep, which is an important component of the disorder. Sleep laboratory investigations provide a suitable rationale for management where a specific primary sleep disorder is determined. Before prescribing pharmacologic compounds aimed at modifying sleep, adequate pain control and sleep habits should be achieved. By properly obtaining this data, some simple but valuable interventions can improve the patient’s quality of sleep without resorting to pharmacologic agents. Such recommendations may include adhering to a regular sleep-wake schedule that is the same every day, including weekends, ensuring sufficient potential sleep time (at least 7 or 8 hours per night), performing daily exercise (but not before going to bed or late in the evening), avoiding heavy meals before bedtime, relaxing prior to turning the lights out (reading but not with a bright light), and eliminating physical disturbances such as noise, light, and poor temperature control (with earplugs and eye shades if necessary). Finally, the patient’s medications should be reviewed and those components that affect sleep should be avoided if at all possible.

Several of the pharmacologic agents evaluated in fibromyalgia patients have been tested specifically for their potential for improving sleep. Medications that show promise in improving sleep quality include amitriptyline, fluoxetine, trazodone, and chlorpromazine.1 Gamma-hydroxybutyrate therapy in patients with fibromyalgia resulted in increased slow-wave sleep and decreases in alpha-wave intrusion in non-REM sleep as measured by polysomnography with improvement in fatigue and pain.1 Nonspecific treatments include various behavioral approaches to improve sleep hygiene, fitness, and regular proper nutrition that serve to regularize disturbances in circadian sleep-wake rhythms. More research is needed to elucidate the cellular and molecular mechanisms involved in the sleep disturbances occurring in patients with fibromyalgia.

Fibromyalgia is a common chronic pain syndrome that is often associated with sleep disturbances characterized by subjective experience of nonrestorative sleep. Sleep-recording abnormalities are characterized by reduced sleep efficiency with increased number of awakenings, a reduced amount of slow-wave sleep, and an abnormal alpha-wave intrusion in non-REM, termed alpha-delta sleep. Alpha arousal reflects a state of vigilance during sleep and is associated with unrefreshing sleep and fatigue. Typical subjective sleep complaints in fibromyalgia are consistent in studies and show light, nonrefreshing sleep with fatigue in the morning and pain exacerbation associated with a poor night’s sleep. Whether sleep disturbances have a causal relationship with symptoms of fibromyalgia or are secondary to pain and pain perception is not clear.

Metabolism in the Brain Fluctuates with Circadian Rhythm 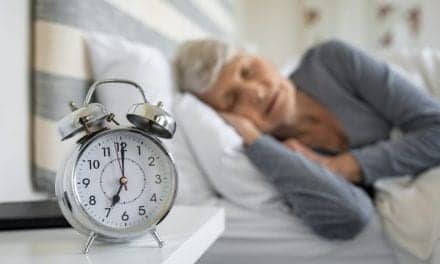 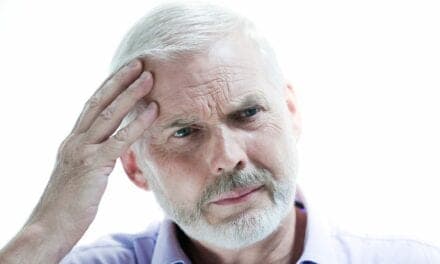