Trucking Along: Implications of the “Sleep Apnea Bill” Being Signed Into Law

As of October 15, there’s a new law on the books that requires the formal rule-making process to be followed in addressing concerns about sleep apnea and truckers. Here’s how it affects the different stakeholders involved.

When a bill passes both the US House of Representatives and the Senate without opposition and is immediately signed into law by the President—during a government shutdown, no less—it’s easy to assume all stakeholders are thrilled with the swift law-making. And indeed many are happy with Public Law #113-45 (better known as the “sleep apnea bill”), but there’s also a contingent that warns of negative consequences of the new law on the safety of the nation’s roads.

The sleep apnea bill passed the House on September 26, the Senate on October 4, and was signed by President Obama on October 15. With those last two dates in the midst of the 2013 government shutdown, the bill thrust the field of sleep medicine into the headlines. The new law’s text (read it here) is short but the implications are many. It requires that the formal rule-making process be followed regarding sleep apnea screening, testing, and treatment of truckers and other commercial motor vehicle operators and forbids the issuing of any informal guidance on this subject.

The trucking industry applauds the new law. “The rule-making process allows for medical experts, the regulated community, including professional drivers, to provide valuable data and input for the agency to consider in developing its regulations. A formal rule-making will also require an analysis of the benefits and costs of regulating sleep apnea, an analysis not required for the issuance of guidance,” says Bill Graves, president and CEO of the American Trucking Associations (ATA), the largest national trade association for the trucking industry, in a statement. He adds that with more than 3 million professional truck drivers in the United States, the cost of mandated testing could exceed $1 billion annually. “If our industry is to be burdened with such a cost, then the Federal Motor Carrier Safety Administration owes it to trucking to conduct a full and thorough rule-making, including collection of scientific data and a cost-benefit analysis,” Graves says.

Support for the Rule-Making Law

Many had speculated that the proposed guidance that would have been issued had it not been blocked by this newly passed law would have established a body mass index (BMI) threshold for sleep apnea testing in the commercial vehicle industry. Truckers above the BMI threshold would need to take a sleep apnea test and comply with treatment, the most common of which is a continuous positive airway pressure (CPAP) device. The cost burden for the test and treatment would likely have fallen in many cases to the individual truckers, some of whom would be forced to pay out of their own pockets due to lack of medical insurance coverage. This would create a burden on recruiting and retaining truckers, the trucking industry says, arguing that the burden is unfair without the official rule-making process being followed.

Unlike the rule-making process, guidance may be agreed upon by a board only, such as the Medical Review Board, which is comprised of experts in the field. The board isn’t charged with taking cost into account; it focuses on if the guidance serves the overall good. There are opportunities for input from outside the board, but the trucking industry says the input options aren’t sufficient and wants its perspective heard in a public rule-making forum.

Some of the specific issues the trucking industry wants addressed are whether home sleep testing (HST) can be used for the sleep apnea test. It’s usually a fraction of the price of an in-lab polysomnogram (PSG), but opponents argue that with HST arise chain-of-custody issues, ie, the person taking the sleep test may not be the person who was supposed to take it. Additionally, if a driver is diagnosed and prescribed CPAP, there are difficulties using it, such as not being able to use the heated humidity feature due to idling laws that lower the amount of electrical power available to a parked driver.

The American Sleep Apnea Association agrees with the trucking industry that the new law is a step in the right direction. Executive director Edward Grandi told Sleep Review, “This will start the ball rolling to get this issue sorted out, once and for all. The law is an inducement to sit down and figure it out. We’re in favor of people figuring out how to appropriately deal with sleep apnea in certain special populations, like truckers. It may be that they can’t figure it out, maybe there’s nothing to be done. At least at this point there’s now pressure on the regulatory agency to do something about it, which is what’s called for.”

As to opponents who say putting the issue through the formal rule-making process is spending valuable time that could be used to diagnose and treat truck drivers, Grandi says there’s nothing stopping trucking companies from requiring their drivers to be tested now. “There’s plenty of guidance out there,” Grandi says. “If people want to do the right thing, they can do the right thing without the regulation.”

Opposition to the Rule-Making Law

David Cloud, CEO of the National Sleep Foundation (NSF), says he’d be in full agreement with the law if he believed it would result in the Federal Motor Carrier Safety Administration (FMCSA) quickly delivering new rules on sleep apnea and truckers. But Cloud says, based on his experience in Washington, DC, this new law will result in nothing but a huge delay, if anything is ever done on the issue at all.

“There are some people who read the law on its face value and assume there will be rule-making now,” Cloud told Sleep Review. “But what they don’t understand is there are lots of similar legislations that are passed in Congress that mysteriously never come back. There is no time limit on when a rule must come forward.”

Cloud argues that the issue has already been volleyed between the Medical Review Board and the Transportation Secretary several times over the past six years and posits the law will only further delay an official statement on the issue. “The fact that this has been bottled up for the last six years in the Obama administration is strange enough,” Cloud says. “As is the idea that this is now going to miraculously come charging out of the gate.”

He adds, “It may now not be happening in a timely manner, and that’s a step backwards for something that’s long overdue.”

Now that the bill has been signed into law, many groups hope to have input in rules regarding sleep apnea and truckers. In a statement, the American Academy of Sleep Medicine (AASM) says, “The AASM looks forward to the opportunity to provide all stakeholders involved in the formal regulatory process with expert, evidence-based input on the best practices in sleep medicine to ensure that sleep apnea regulations promote the health of motor vehicle operators and the safety of all drivers on our roadways.”

Grandi of the American Sleep Apnea Association says he’s already reached out to the agency in charge of rule-making. “I contacted the administrator of the FMCSA to let her know we’re very interested in working with her and the agency to address the issue in a comprehensive manner.”

And Cloud of the NSF says he’s also happy to participate. “We’ve been the champion for addressing the issue of sleep apnea and truckers for the entire time. If this would accelerate the rules, we’d be the happiest people in the world.”

While all stakeholders say they hope for official rule-making in the near future, only time will tell what will happen in Washington. 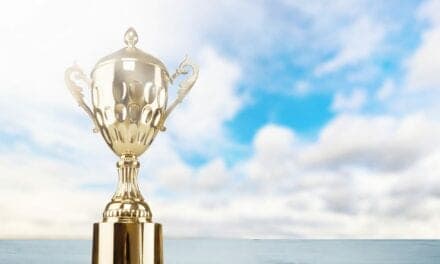 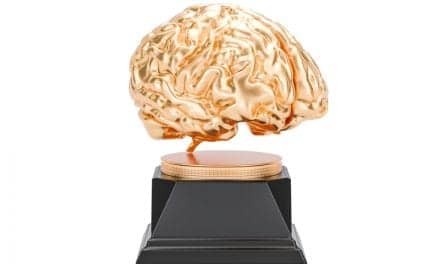