A study of healthy new mothers in the April 1 issue of the journal Sleep found that the perception of poor sleep and the conscious awareness of its impact on daytime functioning might be stronger predictors of immediate postpartum mood disturbances than actual sleep quality and quantity.

Results indicate that both objective and subjective nighttime sleep significantly worsened with decreased total sleep time and sleep efficiency after giving birth. However, variables related to the subjective perception of sleep and sleep-related daytime dysfunction were stronger predictors of postpartum mood. After giving birth, subjective total sleep time at night fell from 437 minutes to 348 minutes, and mean subjective sleep efficiency decreased from 79% to 66%. Seventeen participants (46%) experienced some deterioration of mood after delivery.

Lead author Bei Bei, DPsych, clinical psychologist at the University of Melbourne in Victoria, Australia, said that while pregnancy is a joyous and exciting time, it also exposes women to many stressors, including disturbed sleep.

"We were surprised that while objective sleep was not irrelevant, subjective perception of sleep shared a much stronger relationship with mood," said Bei. "Women who are concerned about their sleep and/or mood should speak to health care professionals about cognitive-behavioral therapy, which is effective for improving both sleep and mood."

The authors noted that the study was unable to determine if it was poor sleep that led to emotional distress, or if poor mood caused sleep complaints. However, they proposed that women with higher levels of psychological distress might perceive their sleep to be poorer; this perception of disturbed sleep at night might exacerbate subjective stress and frustration, thus creating a potentially vicious cycle.

A Sleepless Nation: What Does The Lack Of Sleep Really Cost Us? 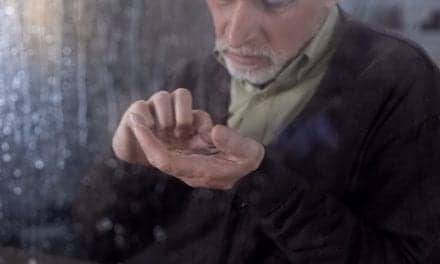