The key to predicting how someone is affected by sleep loss may be found in microRNAs (miRNAs), according to a study from researchers at the Perelman School of Medicine at the University of Pennsylvania. Many studies connect sleep loss with cancer, cardiovascular disease, Alzheimer’s, and other disorders, and it is well known that sleep loss negatively affects cognitive performance. However, those adverse effects are experienced differently from person to person, and little is known about how to accurately predict and detect these individual sleep-deprivation deficits.

This study finds that microRNAs in the blood are changed by total sleep deprivation for 39 hours, and by psychological stress, and can predict the resulting cognitive performance in adults. The authors say the findings can be used to identify who is most at risk for the negative effects of sleep deprivation, and thus should receive medical assistance to prevent those effects.

MiRNAs are small non-coding RNAs and are key regulators of gene expression, which guides information in a gene to be made into a functional protein. MiRNAs typically repress expression of their target messenger RNAs, preventing translation into proteins.

The findings were presented at SLEEP 2018.

In the study, 32 healthy adults participated in a five-day experiment consisting of two, 8-hour baseline nights, followed by 39 hours of total sleep deprivation, in which they were not allowed to sleep, and followed by two, 8-to-10-hour recovery nights.

Subjects underwent testing for attention, memory, and cognitive throughput, ie, how fast and accurate the brain performs of cognitive tests, were administered throughout the experiment to measure cognitive performance. Blood samples were taken at six time points and miRNAs from plasma were analyzed.

“These findings show for the first time that miRNAs can track responses to total sleep deprivation and its detrimental combination with psychological stress and predict robust individual differences in various types of cognitive performance,” says senior author Namni Goel, PhD, an associate professor of Psychology in Psychiatry, in a release. “As such, miRNAs are viable biomarkers of sleep deprivation, psychological stress, and cognitive vulnerability in humans and can be used to identify individuals ahead of time who are in need of countermeasures or interventions such as caffeine or naps to mitigate or prevent impairments associated with insufficient sleep.”

This work was supported by NASA (NNX14AN49G).

In addition to Goel, the other authors on the study, all from the Children’s Hospital of Philadelphia, include lead author Michelle Zajko, and Deanne Taylor, Jiah Pearson-Leary, and Seema Bhatnagar. 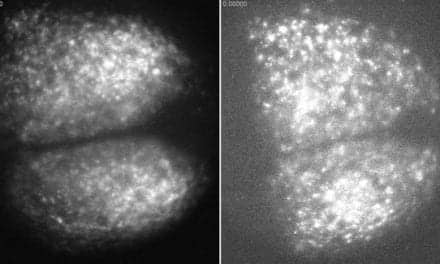