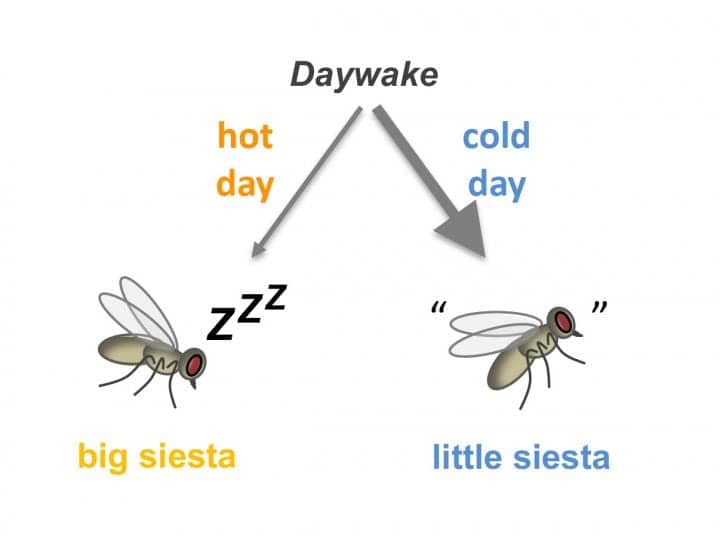 Rutgers researchers have identified a siesta-suppressing gene in fruit flies, which sheds light on the biology that helps many creatures, including humans, balance the benefits of a good nap against those of getting important activities done during the day.

Many animals take midday naps, or siestas, that are more intense on warm days—probably an evolved protection against exposure to the hot noontime sun, according to the study published in the journal Current Biology. In humans, short naps help with memory and learning, but too much daytime sleep is associated with diabetes, Parkinson’s, and other diseases.

The researchers at Rutgers’ Center for Advanced Biotechnology and Medicine found a gene in Drosophila flies that, when temperatures are cool, activates to suppress the flies’ tendency to take a daytime nap—presumably so they can spend additional time seeking food or mates. The researchers named the gene “daywake.”

“This gene contributes to behavioral flexibility, or the ability to hide from the noontime sun when weather is hot but engage in activities good for survival when the weather is cool. That probably helped these flies expand beyond their ancestral home in equatorial Africa to successfully colonize temperate zones around the world,” says co-author Isaac Edery, PhD, a professor at the Rutgers center, in a release.

Daywake sits adjacent to and slightly overlaps a previously documented gene, called “period,” that regulates the flies’ circadian clock and governs daily wake-sleep cycles. The researchers found that daywake activity is increased by a specific sequence within the period gene, and that this process happens most efficiently when the flies are exposed to cold temperatures. This process, and daywake’s nap-suppression activity, does not affect the flies’ nighttime sleep.

“Although the daywake gene is not present in humans, our finding reinforces the idea that nighttime sleep and daytime siesta are governed by distinct mechanisms and serve separate functions for health and survival,” Edery says.

The finding that the activities of a sequence in one gene can trigger the action of a nearby gene is itself a novel discovery that promises to reveal new gene regulatory mechanisms in flies and other organisms, Emery says.

The study was co-authored by Yong Yang, formerly of the Rutgers Center for Advanced Biotechnology and Medicine. 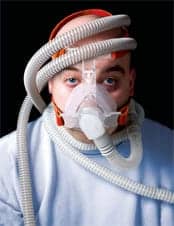 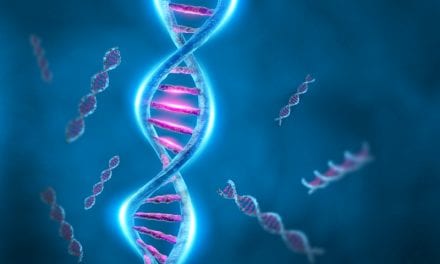 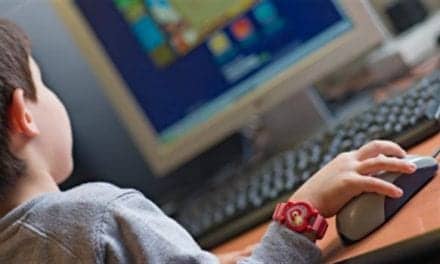