Wearable devices are the current trend in technology. Manufacturers from a range of different industries including fashion, sports, and technology are introducing many new models to the market. A recent GfK survey carried out in China, Germany, South Korea, the UK, and the United States shows that, from the consumers’ point of view, well-known technology brands are the first port of call for any potential purchase. Activity trackers are, above all, used to manage fitness regimes in the majority of countries surveyed. Monitoring and recording sporting activities, sleeping patterns, and health also emerge as key preferences for applications of smartwatches. This may become a problem in the future for manufacturers of “pure” devices that just track activity.

Smartphones are a constant companion and enable communication as well as access to information and entertainment anytime and anywhere. Wearable devices are creating an even closer relationship between humans and technology, with innovations such as computer-supported watches, fitness armbands, and data glasses, which are generally used in conjunction with a smartphone.

Activity trackers are specially designed to monitor and display health and fitness variables, ranging from running distance and calories burned to heart rate and quality of sleep. These electronic monitoring devices record the activity of their wearers. The data can usually be transferred wirelessly to a computer or smartphone for evaluation. The current GfK survey shows there are differences in how consumers wish to implement this technology. Fitness monitoring is the most important area of application for consumers in Germany, the UK, and the United States, whereas recording health data is regarded as a priority in China. A detailed breakdown of personal statistics on fitness, health, and sleep is ranked as the priority by South Korean consumers.

Opinions in the surveyed countries also differed with regard to the most important criteria behind making a purchase. In Germany, 30% of respondents state that compatibility between smartphones and other devices is the most important purchase criterion. For 20% of Germans, price is the key factor, while accuracy is viewed as the top criterion for 15% of respondents. In China, compatibility is also the most commonly named factor (19%), followed by accuracy (17%). However, the brand is also seen as the decisive factor in the purchase decision for 16% of Chinese consumers. In the UK, consumers consider the price of an activity tracker above all other factors, with 28% saying that this is the most important criterion when weighing a purchase decision. Second and third in the rankings for the UK are compatibility and accuracy, with 20% and 11%, respectively. A similar picture emerges for the United States, with price coming top of the ranking (27%) followed by compatibility (17%) and accuracy (13%). However, in South Korea, compatibility is viewed as the most important factor (19%), while there is a tie for second place between price and user-friendliness (both 17%).

Activity trackers are manufactured by companies operating in a range of sectors and the study found that well-known technology companies have the greatest sales potential in all countries surveyed. In South Korea, 69% of consumers say that such companies would be their first choice for any potential purchase, while the corresponding figures are 54% in China, 51% in Germany, 47% in the UK, and 42% in the United States. Sports brands follow in second place, but by quite some margin. The largest sales potential for these is to be found in the UK and the United States, with around a third of respondents in those countries stating a preference for sports brands. Although coming in at a lower level, they are still popular with just under 30% of consumers in both China and Germany, but this drops to only 17% among South Korean consumers. However, the popularity of sports brands is particularly widespread among younger target groups. According to the study, the sales potential of activity trackers from specialized technology brands, fashion companies, and luxury brands is only very limited.

In comparison to activity trackers, smartwatches offer a wider range of applications. Depending on the model, it may be possible to use these watches for telephone calls and navigation services, while some also enable users to search the Internet and record data on sporting activity and health. According to the GfK study, this is considered the main area of application for smartwatches by consumers in all surveyed countries, which makes smartwatches a genuine competitor for pure activity trackers.

In Germany, capturing data on sports, health, and fitness is regarded as the most important application by a quarter of respondents, followed by the more traditional function of displaying the time (20%) and the possibility of conducting telephone calls via the watch (11%). In the UK, monitoring activity and health is the most commonly cited application (28%), with the traditional watch function (15%) and the smartwatch’s GPS (10%) following in its wake.

For Chinese consumers, the ability to monitor activity is a certain winner in this category, at 35%, followed by the telephone function (16%) and the GPS in third place (11%). The number one area of application for consumers in the United States is also quite clearly activity monitoring, at 29%. This is followed by the traditional watch function at 13% and then the use of apps for weather forecasts, notifications, and news bulletins (10%). Respondents in South Korea are also primarily motivated by the ability to monitor activity (27%), with the telephone function second (21%), and the use of apps coming third (11%) in the ranking.

With the exception of China, the price of a smartwatch is the most important purchase criterion in all surveyed countries. Functionality is named second in most countries, with the ability to monitor and display activity and health data in third. In contrast, Chinese consumers place the greatest importance on the accuracy of the smartwatch, followed by recording activity and the brand. In this respect, the strong interest for owning brand name products in China is clearly reflected in the findings.

Well-known technology companies are named as the preferred supplier of smartwatches by respondents in all countries. They are considerably ahead of sports brands in second place. The Chinese market, above all, holds potential for luxury brands from the fashion and watch industries. 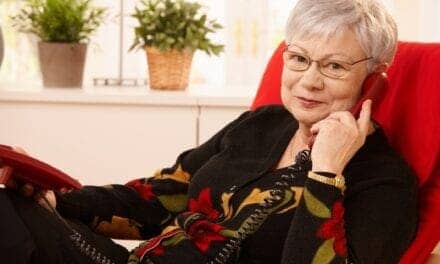 CBT-I Works When Delivered By Phone to Older Adults