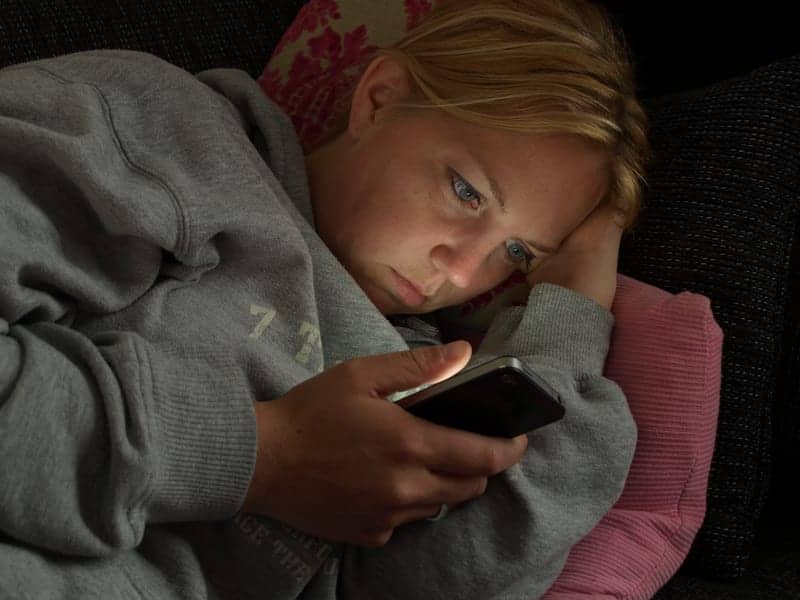 Exposure to smartphone screens is associated with lower sleep quality, according to a study published November 9. The study by Matthew Christensen from the University of California, San Francisco, and colleagues is published in open-access journal PLOS ONE.

Smartphones are increasingly becoming part of everyday life, but questions remain about the effects of frequent use on sleep. Poor sleep is associated with health conditions such as obesity, diabetes, and depression.

Christensen and colleagues sought to test the hypothesis that increased screen-time may be associated with poor sleep by analyzing data from 653 adult individuals across the United States participating in the Health eHeart Study. Participants installed a smartphone application that recorded their screen-time, defined as the number of minutes in each hour that the screen was turned on, over a 30-day period. They also recorded their sleeping hours and sleep quality. 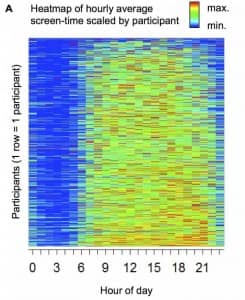 This is a heatmap of hourly average screen-time scaled by participant. Credit: Christensen et al (2016)

The researchers found that each participant totaled an average of 38.4 hours over this period, with smartphones being activated on average for 3.7 minutes in each hour. Longer average screen-time was associated with poor sleep quality and less sleep overall, particularly when smartphones were used near participants’ bedtime.

The authors state that their study is the first to measure smartphone exposure prospectively, but caution that the study also had some important limitations, including the self-selection of study participants and self-reporting of data. While the authors’ findings cannot show causation or exclude the “effect-cause” that poor sleep could lead to more screen time, the association they found could fit with the theory that bedtime smartphone use may negatively impact sleep.